I would like to make all arrows that should be parallel in my commutative diagram, actually parallel. Here is my diagram: 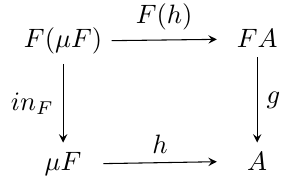 How can I shift this away and get a proper square?

Rather than a matrix, use a specialized extension of TikZ, namely tikz-cd:

The syntax is more natural, the labels have their proper size and the arrows are like in the overall math font. 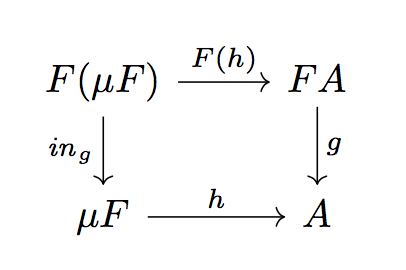 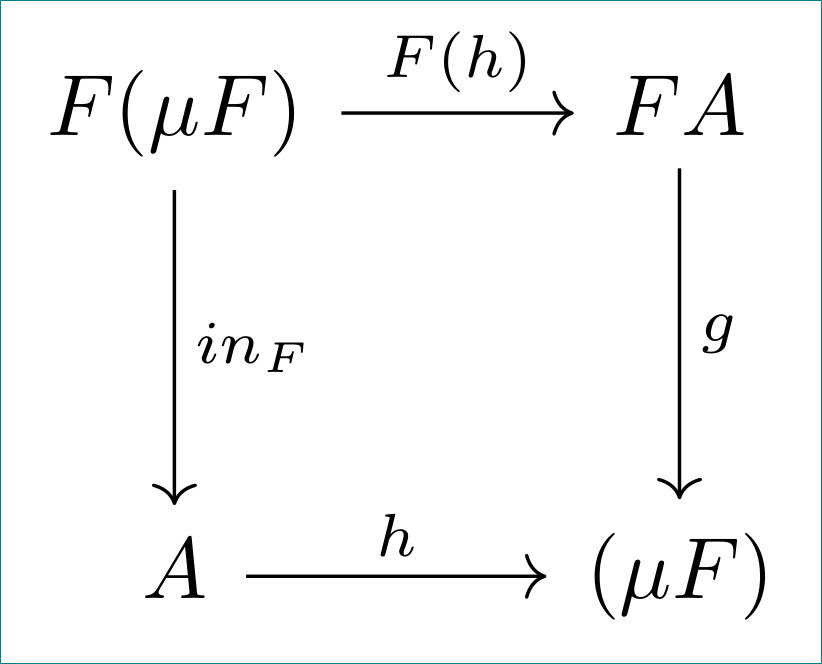 oh, the answer is almost the same as of sebastiano :-(. well diagram is little bit more squarish :-)

There is actually quite a small change to make that would fix things that may interest you, as it is useful in other parts of LaTeX as well. The problem here is that \mu has a descender, while FA doesn't. You can get a box that has "all the heights" associated with tall letters and descenders but no width via \strut, so:

The rest of the document can stay exactly the same. If you're feeling paranoid, you can add \struts to the other cells as well as future-proofing in case you change their contents later.

which would guarantee that you had the same height and depth across all columns in each row. (It would also have the advantage over \strut that it is "minimal" with respect to height and depth; e.g. if nothing in a given row had descenders, adding a \strut everywhere would give it depth but using \vphantom as above would not.)