Sorry if this question is a duplicate but I couldn't find a solution anywhere. I want to define a command with two arguments which does the following

Edit: #2 represents the label of the referred item (say a theorem). #1 will be something that I want to add eventually between "theorem" and the referred number. For example if \cref{#2} produces "theorem 1.2" I want my command to produce "theorem #1.1.2".

Here is an example

I am not sure that this is possible with \crefformat or \creflabelformat from cleveref without heavy tricks at all, but I provide a solution with crossreftools, that extracts the information stored by cleveref to the .aux file and reconstructs the output according to the required output.

The underlying counter is auto-detected (!!!!) by \crtcrefcounter and handed over to \crtcrefname that prints the cross reference name according to the \crefname etc. settings.

The provided solution below is aware of linking if hyperref is used as well.

The \omarlabel command, by default, gobbles the period, but \foo redefines it to be the stated additional label. 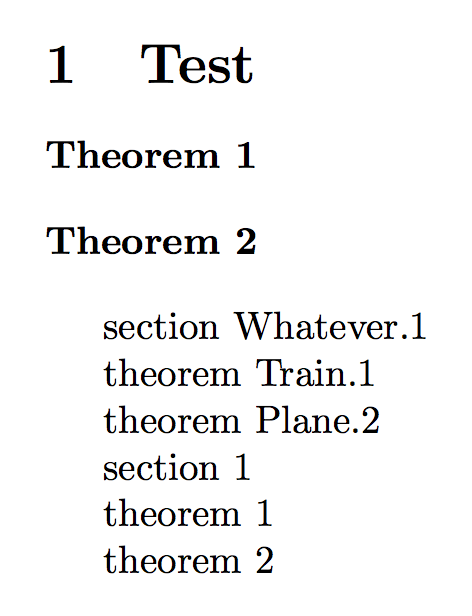 I find the answers of Christian Hupfer and egreg a bit complicated; the first needs an additional package, the second redefines all the labels, which is annoying. I propose simply

or for better interaction with hyperref

Not the answer you're looking for? Browse other questions tagged cross-referencing cleveref or ask your own question.