I was trying to use package minted to insert Python code in my document and now succeeded in compiling and could generate the correct PDF file. I followed this thread which said it's better to create your own user command contained

But using this command to compile will not pop up the internal pdfviewer as using F5 to compile.

then compiled through F5 again. This time it compiled correct and pop up the internal pdfviewer.

How can I still using user command but have internal pdfviewer at the same time?

Under Configure TeXstudio -> Build -> User commands, you can 'stack' the commands with the | character, so something like: 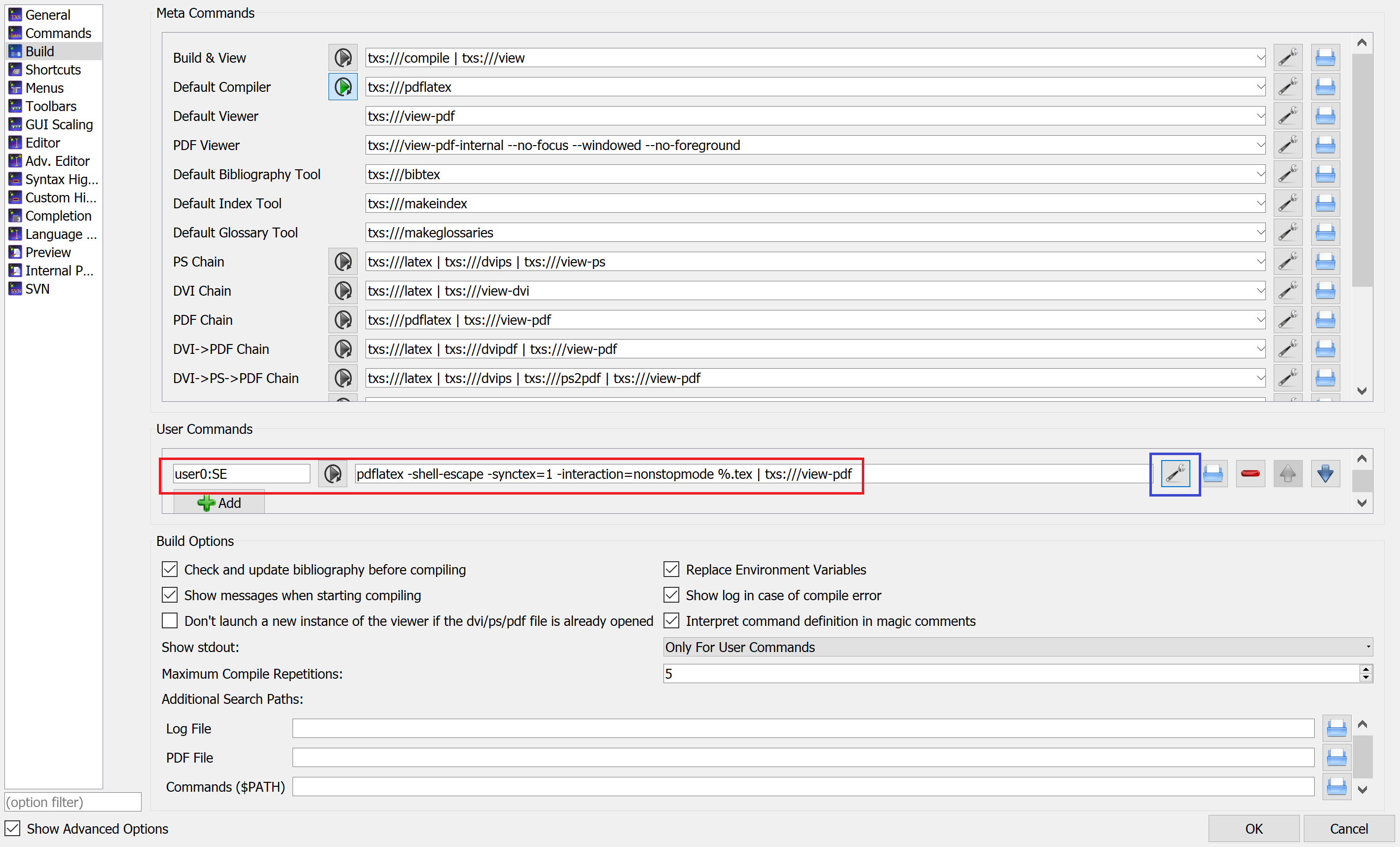 Alternatively, you can click the 'Spanner' icon (blue box in pic) to configure the Quick build command, in which you can add TXS-specific commands to the list, including view-pdf: 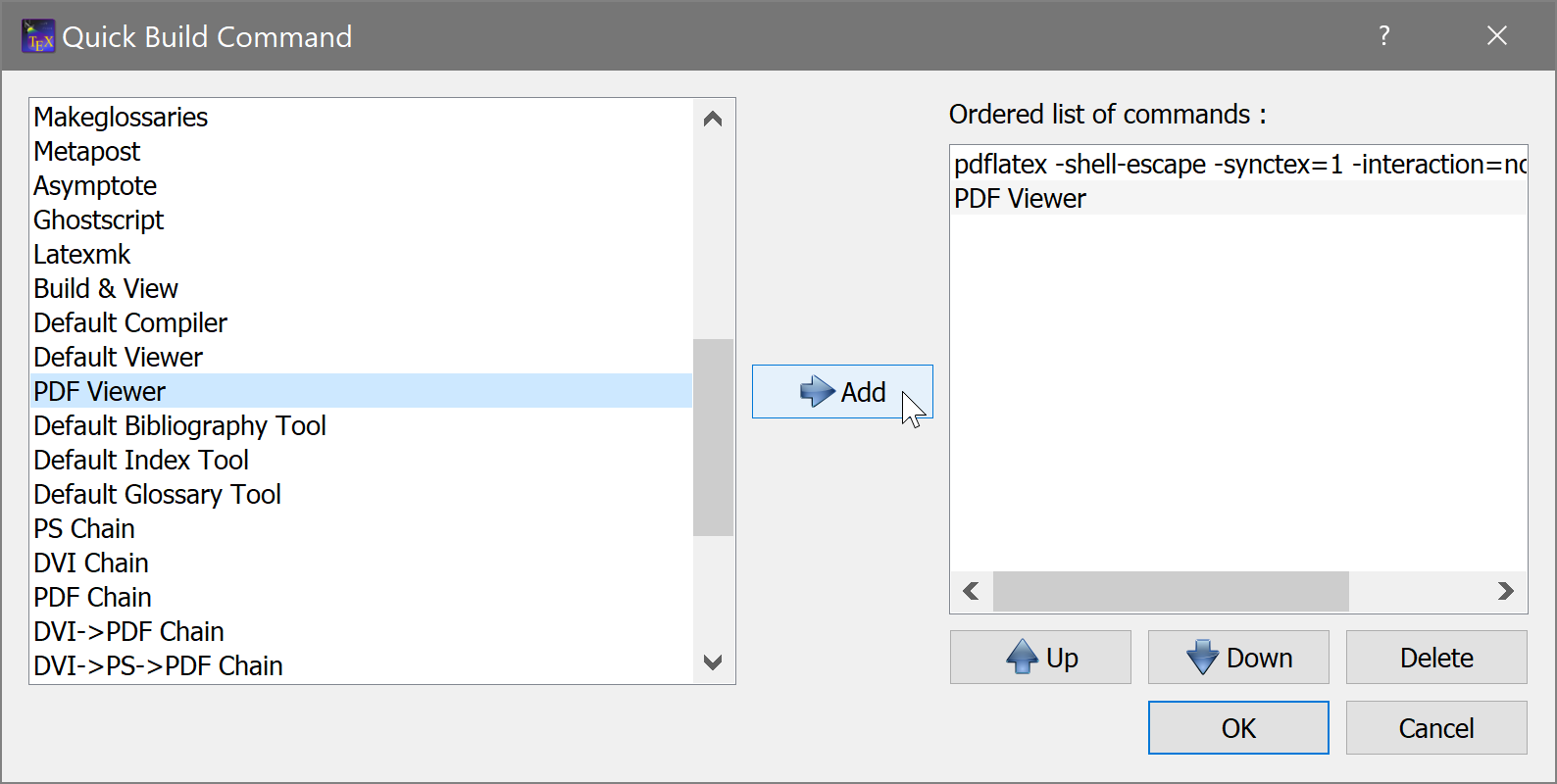 Not the answer you're looking for? Browse other questions tagged texstudio minted viewers or ask your own question.

71
How to invoke latex with the -shell-escape flag in TeXStudio (former TeXMakerX)?
1
Using minted within a subfile to list a code in a subdirectory
0
TeXstudio, no preview pdf file after compiling with User Commands

7
How do I open the internal viewer in a custom Quick Build command with TeXStudio or TeXMaker?
4
LaTeX minted Error
1
\mintinline expands to a single newline
5
Setting up arara user command in TeXstudio on Windows
2
LaTex minted not working with MikTex, TexMaker under Windows 10
1
How to put a video inside a beamer
2
Compilation fails using pygment/minted on texlive 2017
0
TeXstudio, no preview pdf file after compiling with User Commands