There are some questions regarding rendering problems (color shifts) in Adobe Acrobat Reader when using transparency in tikz and friends or transparent PNGs.

The solutions (that work for me so far) look similar to

I have followed this for a couple of years (since I also had the same problem).

Here's a list of some of the resources I colleced and used in the past years:

The situation gets even more complicated when you involve transparency (see section 11.7 of the spec): in order to overlay one object on another the PDF viewer needs to convert them to a common "blending" colour space, which can be specified in various ways in the PDF (including at the "page group" level: this explains why including transparency on a page can change the appearance of other objects on that page, because those objects now have to run through a colour space conversion). There are various restrictions and special cases, for example device colours cannot be converted reliably into CIE based spaces (such as sRGB). Since transparency groups can nest, there can be multiple rounds of colour space conversion during rendering.

[Taken from PDF colour model and LaTeX (bold formatting by me)]

The question is: is it possible to address this problem so that the "normal" user does not have to cope with this individually?

Due to a request from Ulrike Fischer (in the chat), I added an example code: Apparently, it also depends on the viewer. In addition, I do not know why the line width of the first box is also different in one viewer. Can you verify this on your systems? 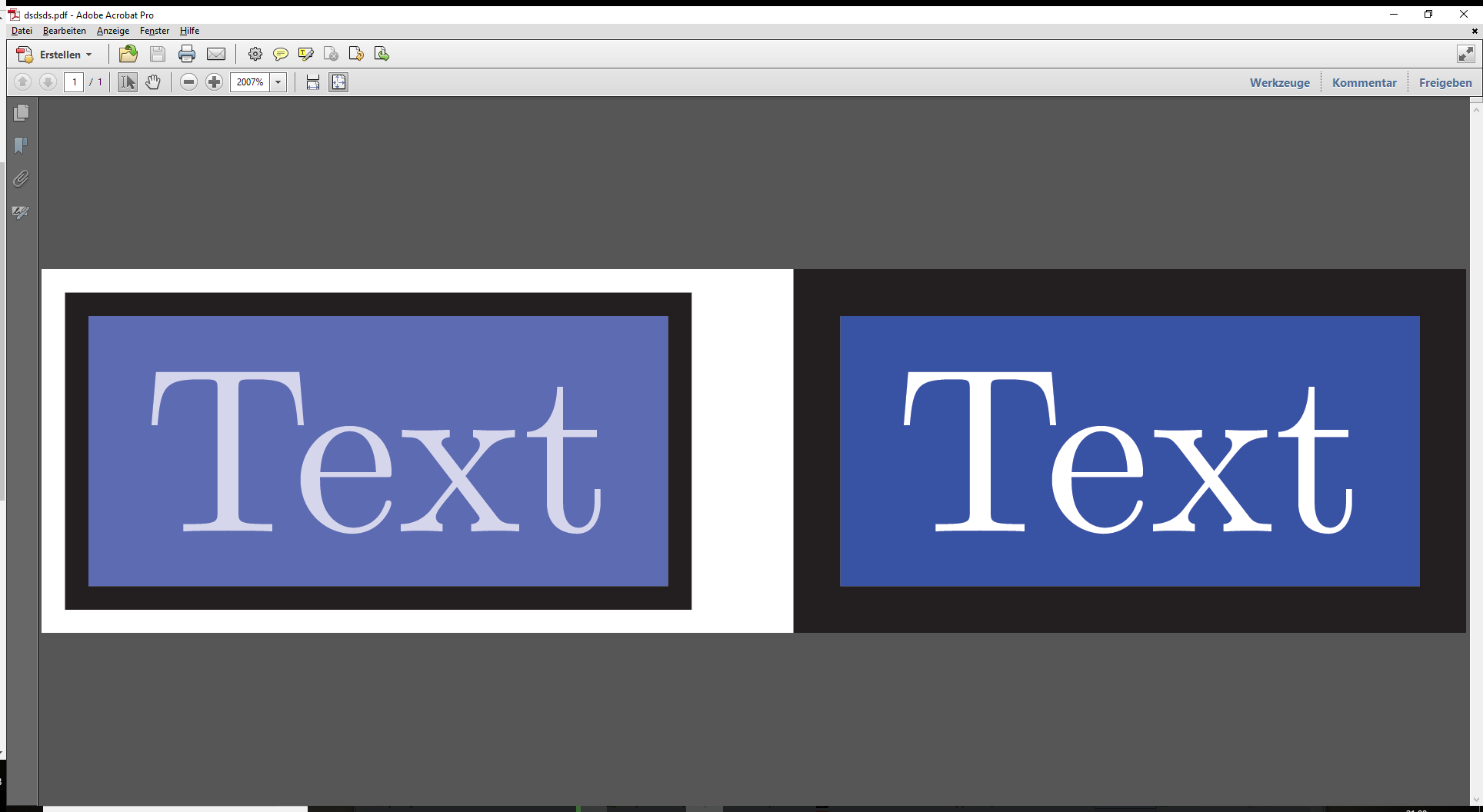 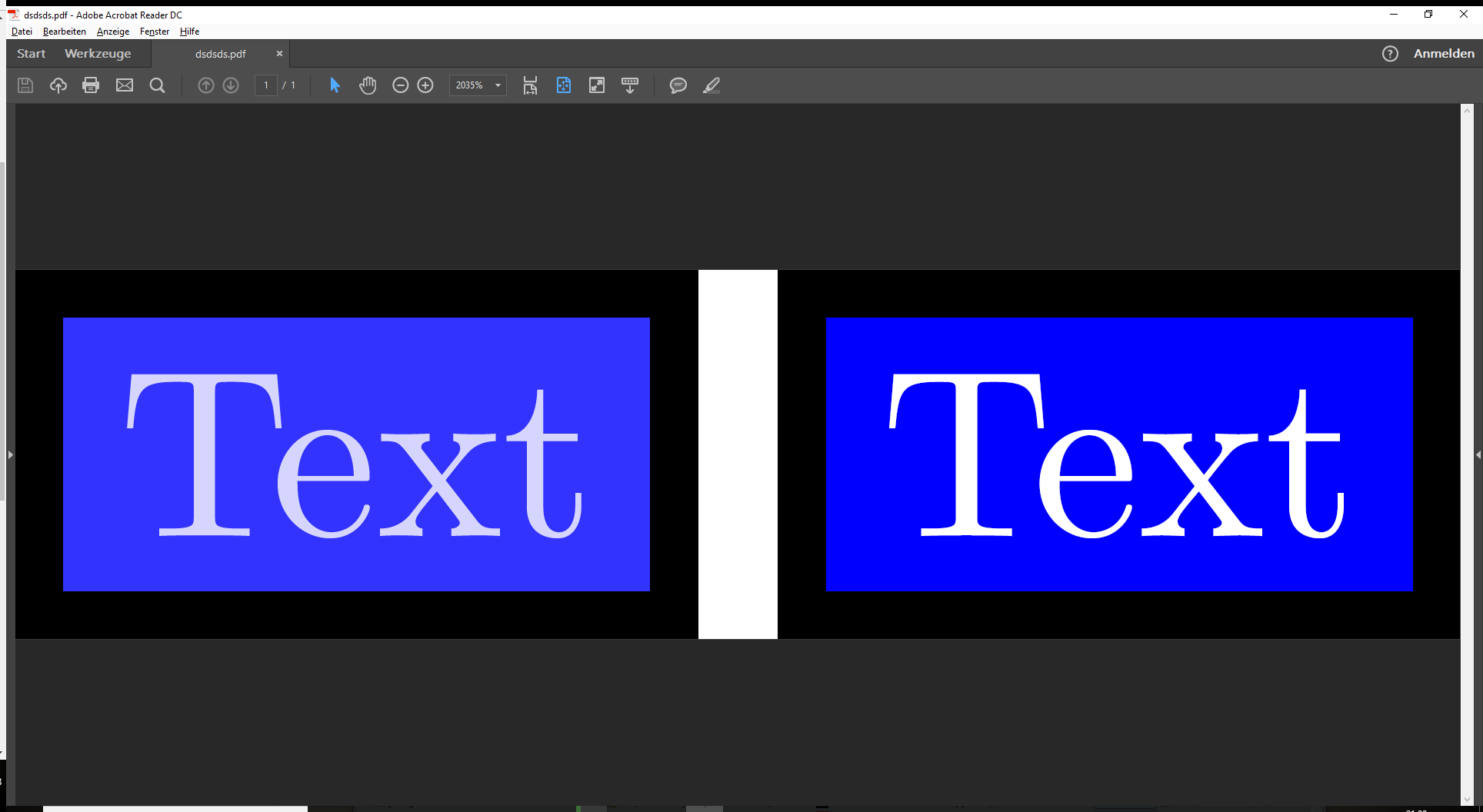 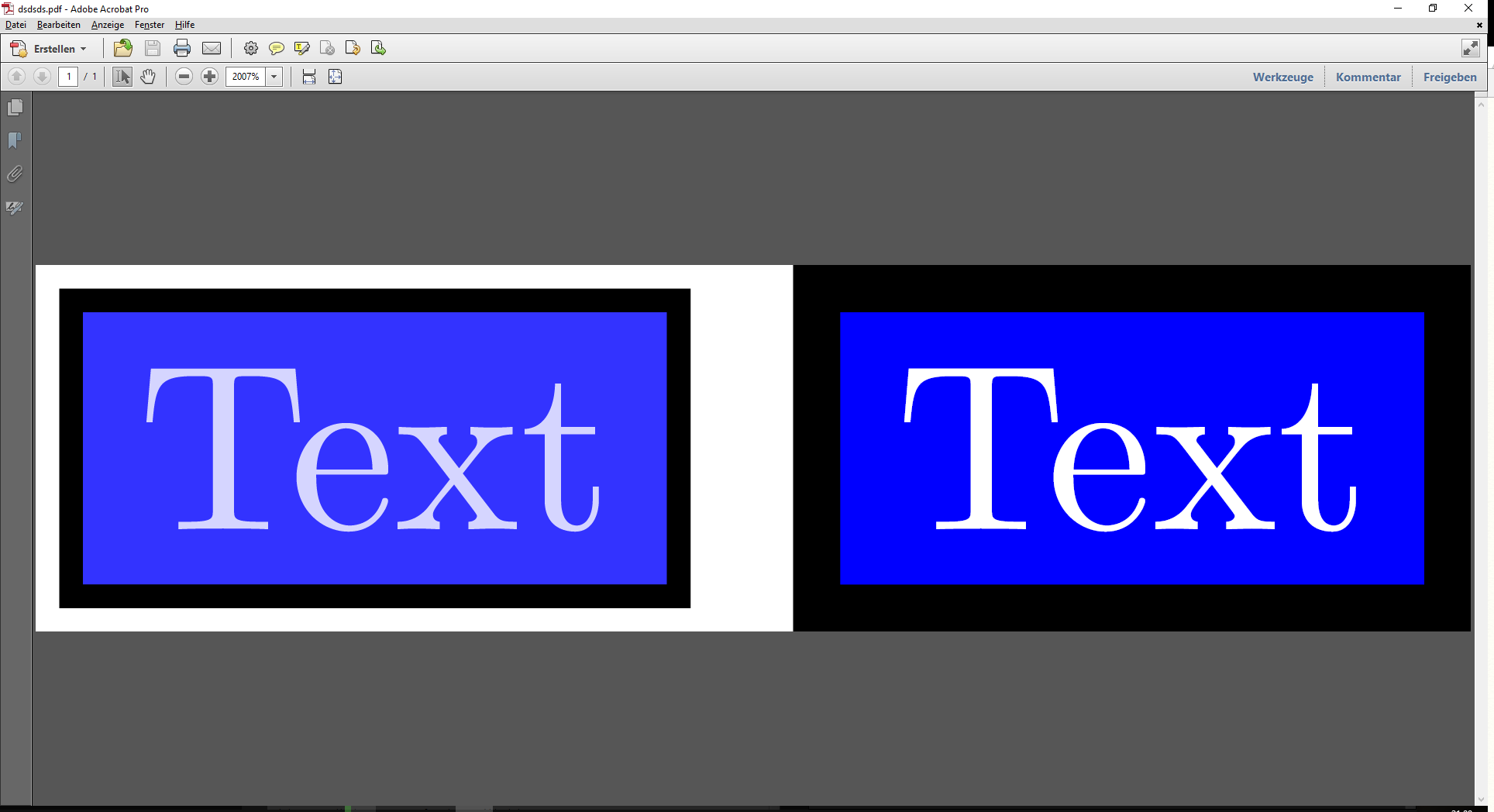 It seems that with the current (March 2018) Adobe Reader (Adobe Acrobat Reader DC) the problem is solved. I would like to keep the question (closed is ok) for further reference.

By accident, I noticed today (2018-05-19) that the current pgfplots manual look different (color-wise) in Chrome and in Adobe Acrobat X Pro. I assume that this is also caused by the same issue.

Browse other questions tagged color pdf transparency bugs or ask your own question.