Draw a cross symbol through arrow in tikzpicture

I want to draw a cross symbol through the arrow in the tree below. I'm looking for something similar to the image attached below. 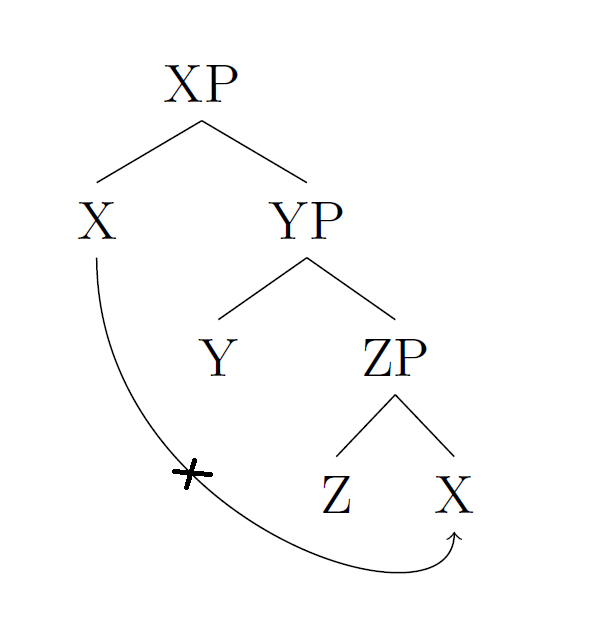 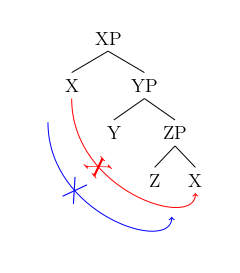 PS: Shifted just to demonstrate next to each other 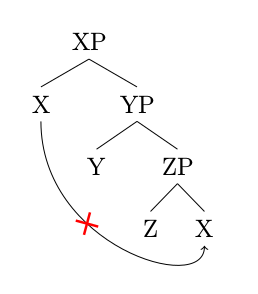 And yet another proposal, based on this answer, mainly to say that Ignasi did this some time ago. 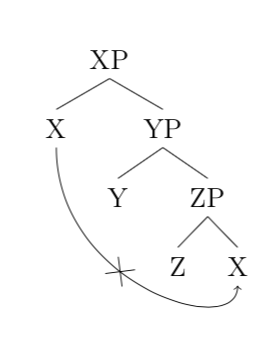 Just to achieve your goal, without a very general (nor probably too elegant) approach, you could position a node along the path and then use it to draw your cross.

To position a node along the path, use something like

where the pos key moves the node along the path.

Once the node is placed, you can use something like

to put the cross on the path. M.x, where x is an angle in degree, denotes an anchor around the node. Connecting 180-degrees apart anchors starting with a 90-degrees shift (x to x+180 and x+90 to x+270), you obtain a cross on the path (because the center of the node is exactly on the path).

Have a look to section 17.8 "Placing Nodes on a Line or Curve Explicitly" of the pgf manual and in general chapter 17 about nodes and edges to get inspired.

I have used, for example, tikz-cd. It is another way to resolve the question. 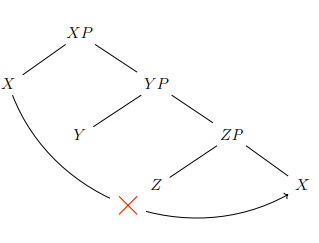 14
How to define the default vertical distance between nodes?
14
Numerical conditional within tikz keys?
2
Draw Tikz Tree where level distance between multi-line nodes is constant
14
TikZ: Drawing an arc from an intersection to an intersection
12
Drawing rectilinear curves in Tikz, aka an Etch-a-Sketch drawing
9
Line up nested tikz enviroments or how to get rid of them
0
LaTeX Tikz: Compare two \def arguments
1
Arrow between BTrees