I am trying to refer figures and subfigures in my thesis. When i refer entire figure( which contains subfigures) I get it correctly as shown Fig. 1.1. Whenever I am referencing a subfigure. It shows roman numeral eg. Fig.I.1(a). How to get it as Fig. 1.1(a). I am adding a minimum working example. First is for main file. and second is chapter file

This defines the "prefix string" that LaTeX inserts just ahead of \thesubfigure during the creation of cross-references to objects of type subfigure. Because the code (inappropriately, in my view!) uses the \let device to set up the macro \p@subfigure, and because \thefigure is set by the report document class to be a composite of the chapter number (in Roman numerals) and the actual figure number (in arabic numerals), you end up getting strings of the form I.1(a).

The reason \let isn't appropriate here is because \let makes a static macro definition: the properties of \thefigure that are in effect when \let\p@subfigure=\thefigure is run, i.e., during the processing of the code contained in report.cls, continue to be used even after \thefigure gets changed later on (in the preamble).

The immediate remedy is to run the following code at the end of the preamble:

The real remedy, though, is not to use the subfigure package in the first place. It's been deprecated for years and years, and good substitutes -- the subfig and subcaption packages -- are available. 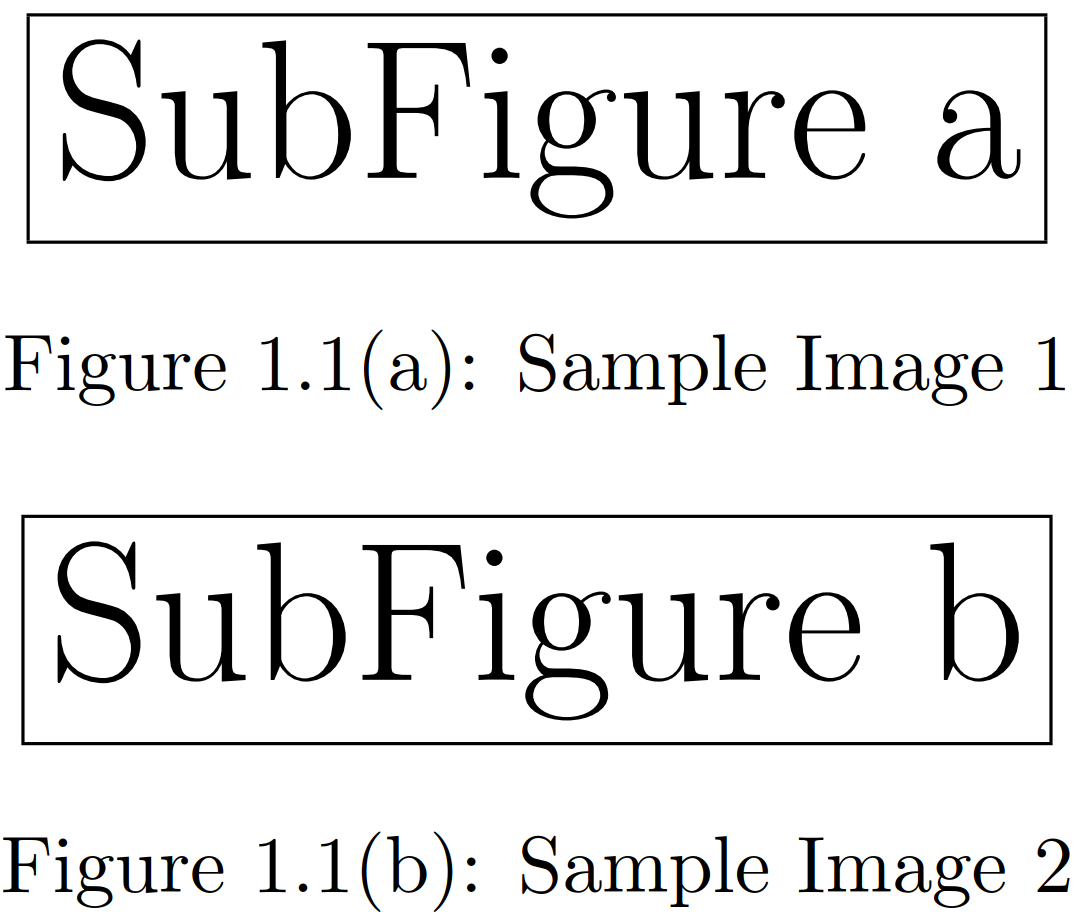 Not the answer you're looking for? Browse other questions tagged cross-referencing subfloats or ask your own question.