Is this kind of advanced positioning possible in TikZ?

I am reproducing the following figure in TikZ: 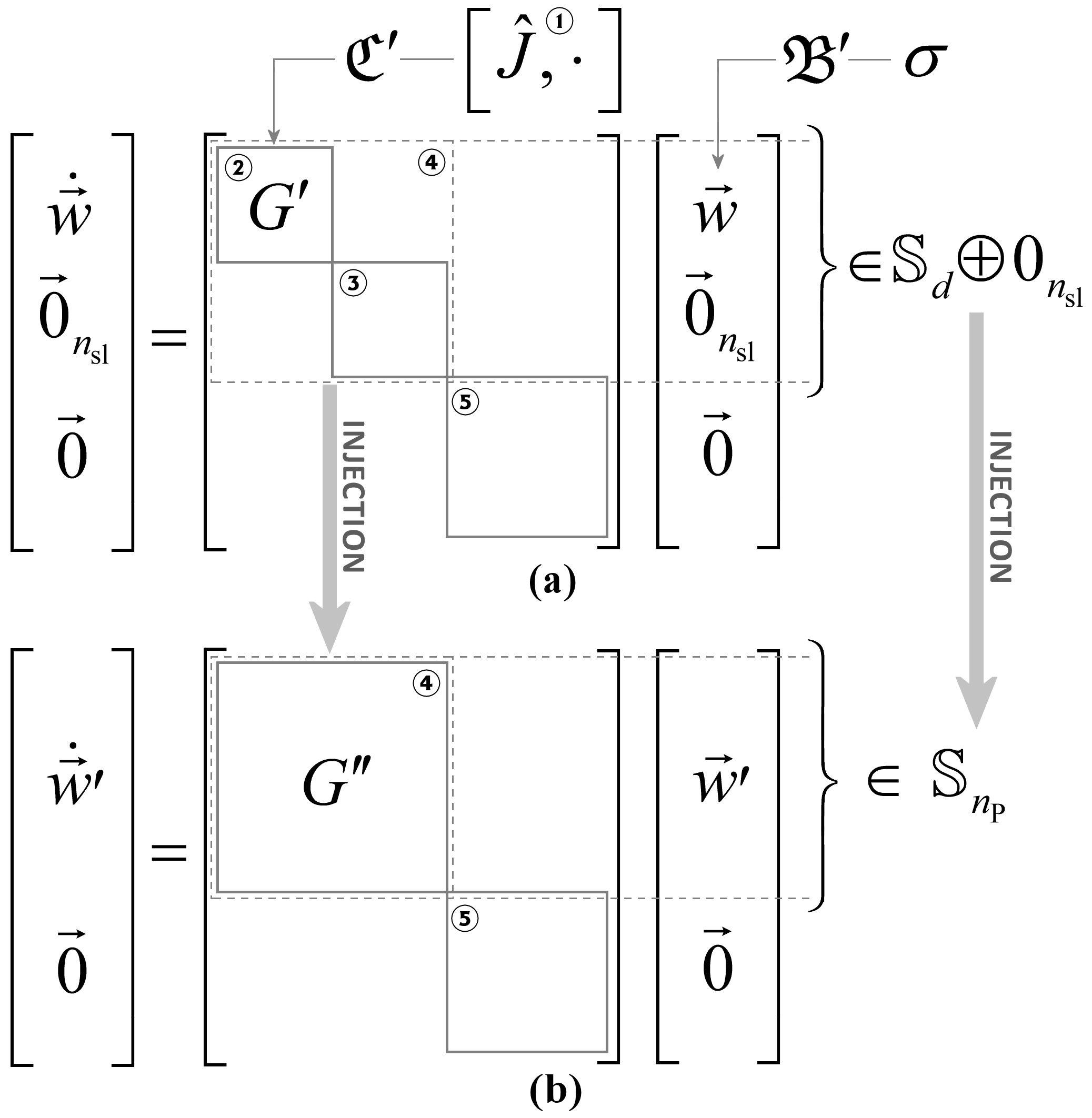 The upper right '}' curly brace and its full label is produced by the TikZ code that looks like:

where \xvrr, \yGt, and yPb are macros that expand to strings such as e.g. 0.5/2+0.85/2+10pt/2-3pt, meaning: sum half the unit width for the figure -with- half of 85% of the unit width of the figure -with- half of 10 points -and then subtract- 3 points. The complex syntax is because the various components of the string come from more primitive macros that define numerous adjustable parameters. Assume

for sake of the example.

What I would then like to do is render the \mathbb{S}_{n_\text{P}} "S" part of the lower label so that its x center is equal to the x center of the upper label (node upperss) and with a parameteric y coordinate of \yyPc. That is,

although the above raises the error "Package PGF Math Error: Unknown function `upperss' (in 'upperss.center'). \draw (upperss.center,\yyPc)" among others, hence my attempts at intuiting TikZ syntax have evidently failed.

I don't know whether this will work either. In fact, my knowledge of what permutations of which kinds of coordinate arithmetic TikZ supports is limited to "It seems to understand what both (1/2+1/2,1-1/2) and (lowerss.center) mean as coordinates." Whether or not it can mix relative and absolute dimensions, mix named coordinates and dimensions, or perform basic arithmetic such as lowerssbrace.east/2: I have no idea, although my hopes are high.

Everything else in the figure is working as expected.

Is what I'm trying to accomplish here possible to do in TikZ? If so, what is the required syntax?

Many thanks for any assistance. You will have saved me days of spelunking through documentation, assuming this is even possible.

There are various methods that can be applied.

To get the x-component of one node and the y-component of another, the easiest way is to use perpendicular coordinates, which I explain in TikZ: What EXACTLY does the the |- notation for arrows do?.

To place a node midway between two other nodes, you can do

To place a node a given distance from another node, one method is to use relative coordinates,

You could also study the features of the calc library, described in section 13.5 Coordinate calculations of the TikZ manual.

If you want more specific advice, please add a complete example to your question.

Not the answer you're looking for? Browse other questions tagged tikz-pgf positioning or ask your own question.

34
TikZ: What EXACTLY does the the |- notation for arrows do?

35
How to establish node-anchor-like points on a (tikz) rectangle path (is there a better method than the one described)?
3
multi-part nodes/anchors in a resistor-like symbol which has been split horizontally
4
Using Tikz in a figure, can I draw braces between nodes and control spacing between brace ends and the nodes?
12
Relative transparency in TikZ?
13
What is the difference between points, coordinates, and anchors in TikZ/PGF and how can I deal with them?
3
TikZ: Using current length inside scope environment
6
“Dividers” with TikZ
1
The center of a PGF coordinate node
7
Positioning of nodes along paths with 'above' and 'below' unclear for vertical paths
2
Dimension drawing macro for TikZ pictures