Why does not subequations numbering work as intended when I customize it?

I am using IEEEtran for typesetting and it seems that subequations are cited appropriately when leaving their numbering to the default value. When I customize it, however, the equation numbering resets to 1 for all subequations, but when I reference them, they are referenced correctly. 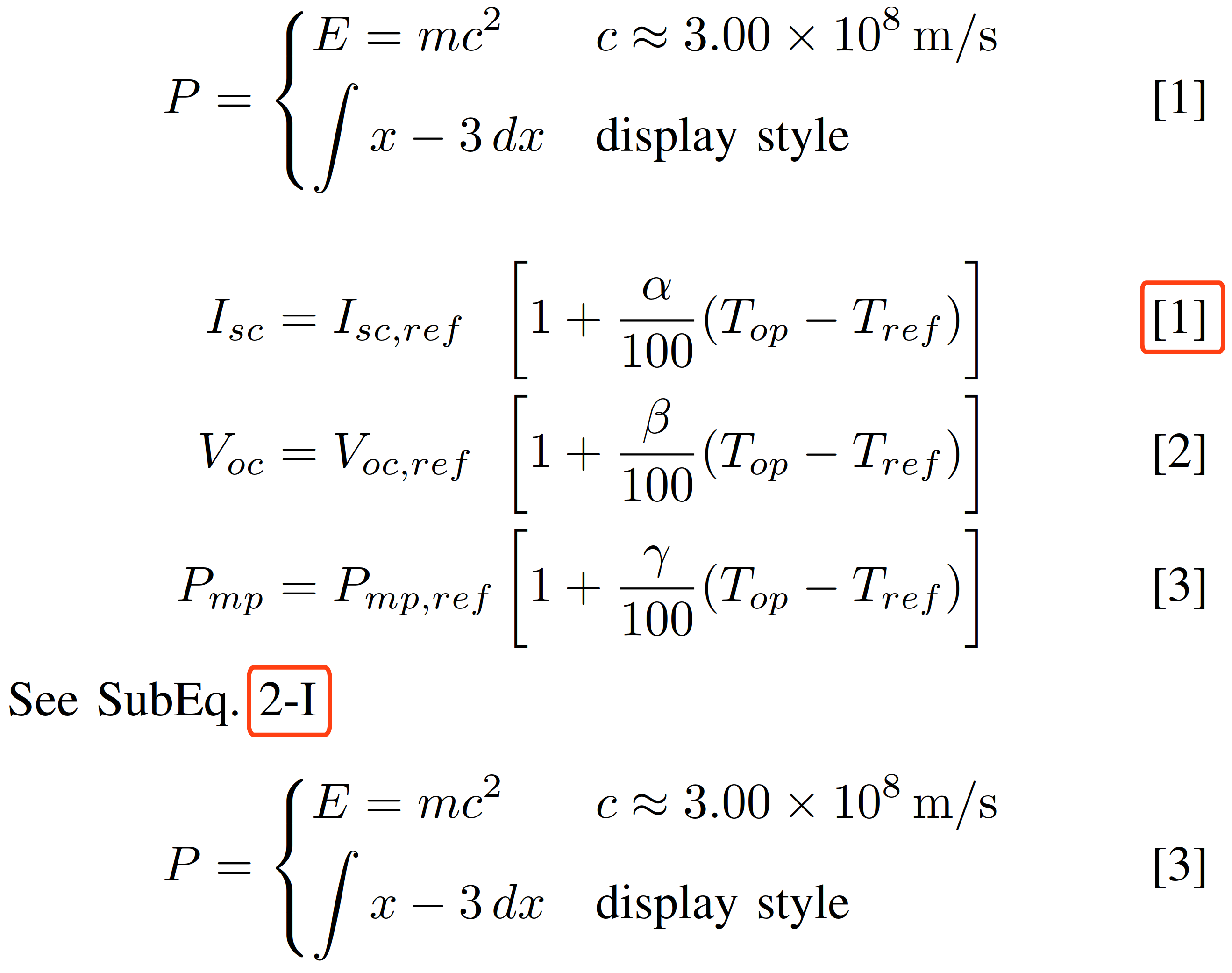 Here is my source code:

As an aside, is there a way to customize subequations numbering without using \patchcmd command?

You need to modify (and simplify) the \newtagform instruction. 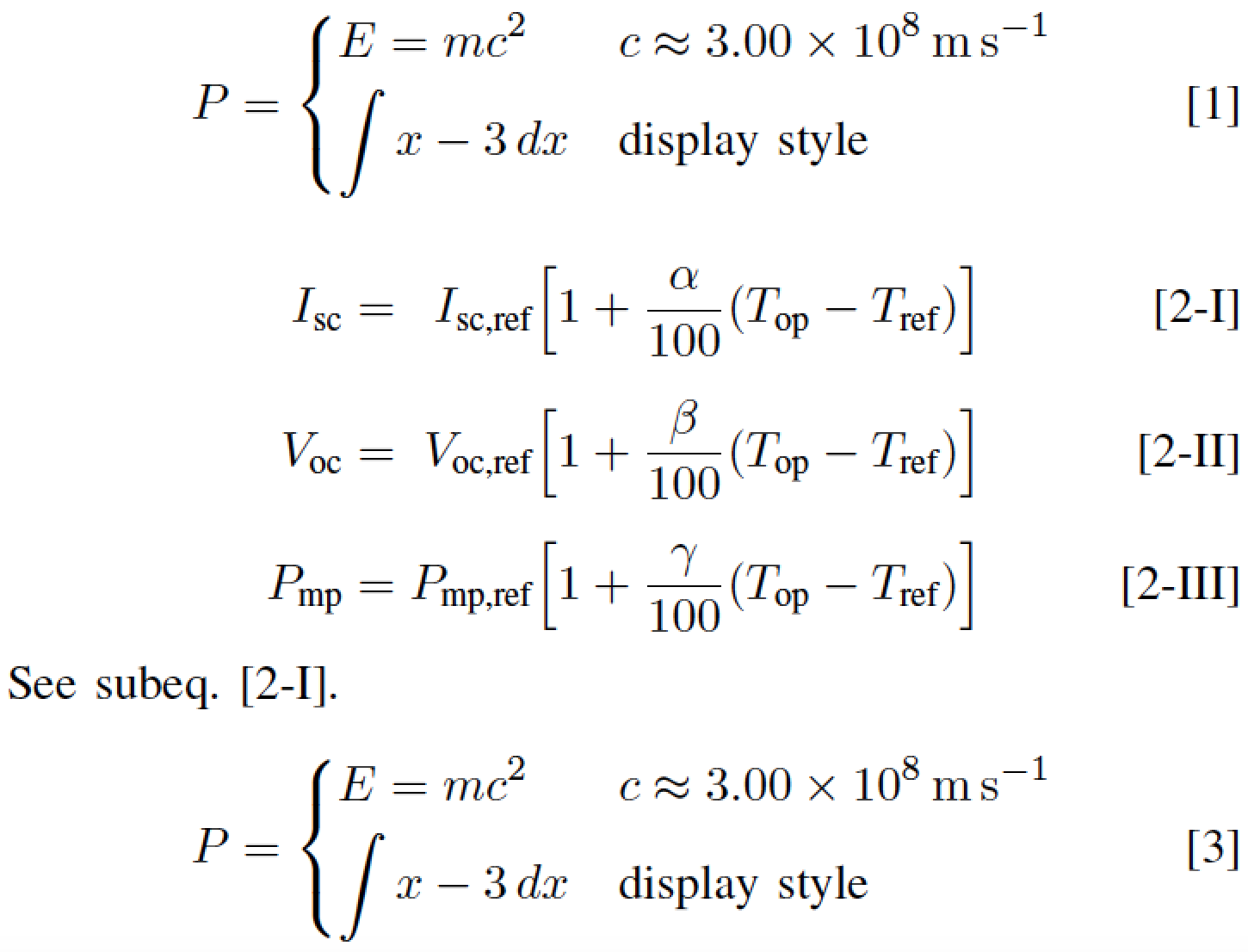 Addendum to address the OP's follow-up comment, about why it's necessary to use \patchcmd to achieve the OP's formatting objective and, relatedly, why there is no counter called subequation (or subequations).

I'm not in a position to address the deep, philosopical why questions directly. (For one, I was never involved in the design of the amsmath package!) However, I can provide an explanation of what the subequations environment does. This explanation will, hopefully, address your why questions indirectly.

Let's begin by looking at the relevant code in the file amsmath.sty:

I'm not in a position to decide whether the simplicity of this setup was the reason for why it was chosen. Nevertheless, I think it's worth being aware of.

Speaking for myself, using \patchcmd to modify the innards of the subequations environment doesn't seem like a high price to pay for this simplicity. For sure, I wouldn't agree with the proposition that there's an issue with consistency (or inconsistency, as the case may be) in one's operations.

Not the answer you're looking for? Browse other questions tagged equations cross-referencing numbering mathtools subequations or ask your own question.