Making the determination of extrema more elegant in TikZ (not pgfplots)

It is rather straightforward to come up with a rusty code that determines the extremal points of an arbitrary path in TikZ. I am aware that pgfplots has this functionality, but I really want to have this functionality for all paths and have applications in mind that are sort of orthogonal to pgfplots. Here is my rusty code. 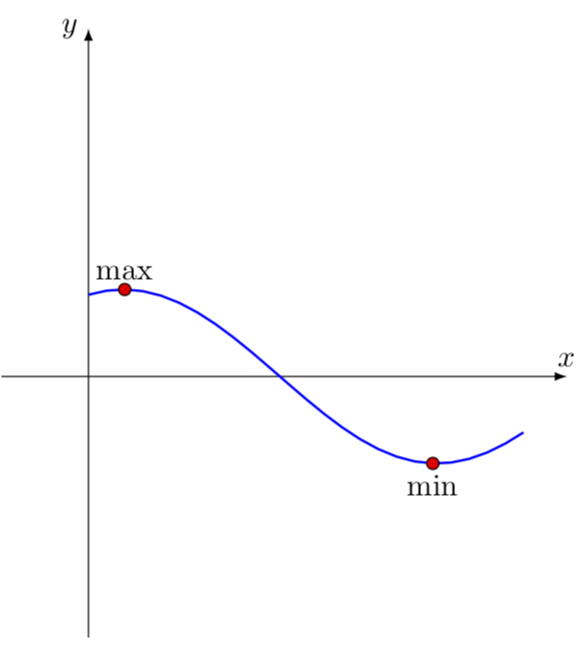 and you can also find some extremal points of other paths: 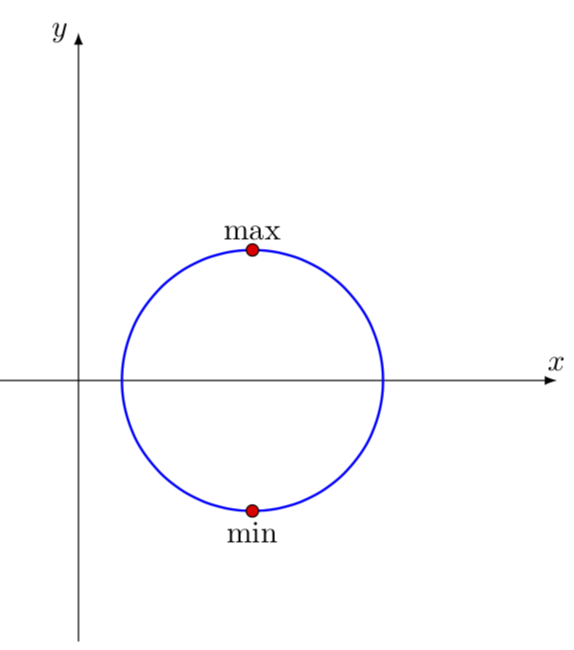 It is also obvious how to find the left- and rightmost points of the path. However, the code is not too elegant. It would be much nicer if one could just pass an option find extrema to the plot and not have the above mess. Specifically, I'd like to absorb the \pgfextra{...} before the semicolon and the codes for maxline and minline in this option. I played a bit with append after command, postaction and the like, but I failed.

You could use path picture. 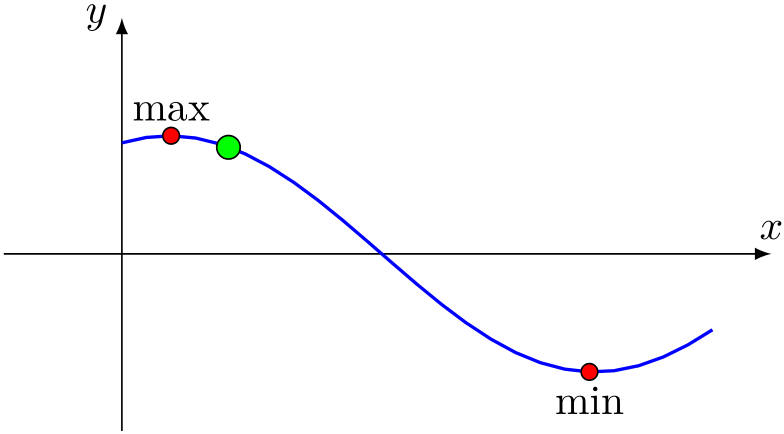 23
Compute and draw a convex hull
36
Bounding box is larger than expected when drawing a curved path
16
How to plot two surfaces and the intersection curve?
18
How can I automatically mark local extrema with pgfplots and scatter?
9
tikz bounding box / cropping: too much space for curves
5
Label alignment to curve
4
chemfig: how to represent rocking and scissoring
3
Plot 3d function restricted by non-rectangular area
2
chemfig: molecule vibration
2
Tikz with gaussian pdf
See more linked questions

15
Making arrows not touch in TikZ
18
How can I automatically mark local extrema with pgfplots and scatter?
5
creating a fifo symbol with pgfdeclareshape
6
TikZ/ERD: node (=Entity) label on the inside
4
more precision on the barplot pgfplots
41
How to draw points in TikZ?
16
TikZ: Drawing an arc from an intersection to an intersection
0
Tikz / Making a node with $\cdots$ more prettier
7
Making skydiving more realistic