I have downloaded a CV template from here, which uses altacv.cls. When I try to compile main.tex using XeLaTeX it gives following error followed by many others:

If someone can have look at the template, I would be thankful of him.

UPDATE: I have downloaded the complete project from Github and tried running the sample.tex file but finding the same error at line 89: Undefined control sequence. \makecvheader. I am Providing a snapshot and the sample.log file 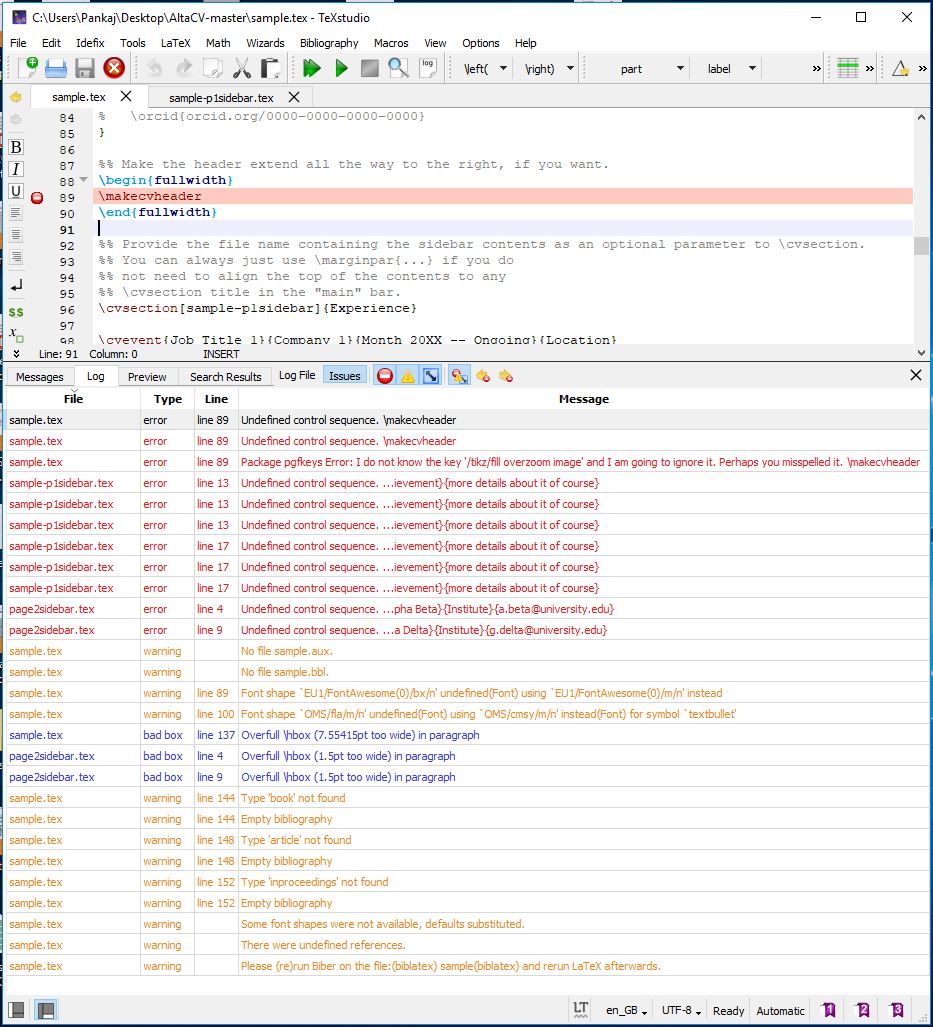 The log file shows that the used distribution is outdated. With a decently recent LaTeX installation, the template will work just fine.

I recommend to read LaTeX for complete novices (free ebook) to learn some LaTeX basics, including reading the log-file.

You should know that this model is developed in several files in a working folder, the code you have tried to compile only contains the part of code that can be seen as example (sample.tex) that requires other files such as the altacv class which is not a standard class of latex (but is included locally in the working folder) . Here is the complete folder that you can download and compile without problems GitHub Complete project template.

I suggest that you always look for the complete project of the models since they are not developed under the strict philosophy of open source, in which you must be able to compile the document from a single code, some models intentionally seek to hide or entangle the code. And other times it's to avoid having too long a code, judge under your own experiences.

UPDATE: To simplify I erased the files that are not necesary to compile sample.tex but enfatizing the necessary files...

I get no errors

Not the answer you're looking for? Browse other questions tagged errors templates cv or ask your own question.