I downloaded and installed STIX two

From http://stixfonts.org/ and have been using it for few days. It looks really nice. Except sometimes some of math letters in fractions hit each others.

Compare this image (will show MWE below), comparing STIX and STIX two and the default latex font. Notice how the denominator is touching the math in the line below it 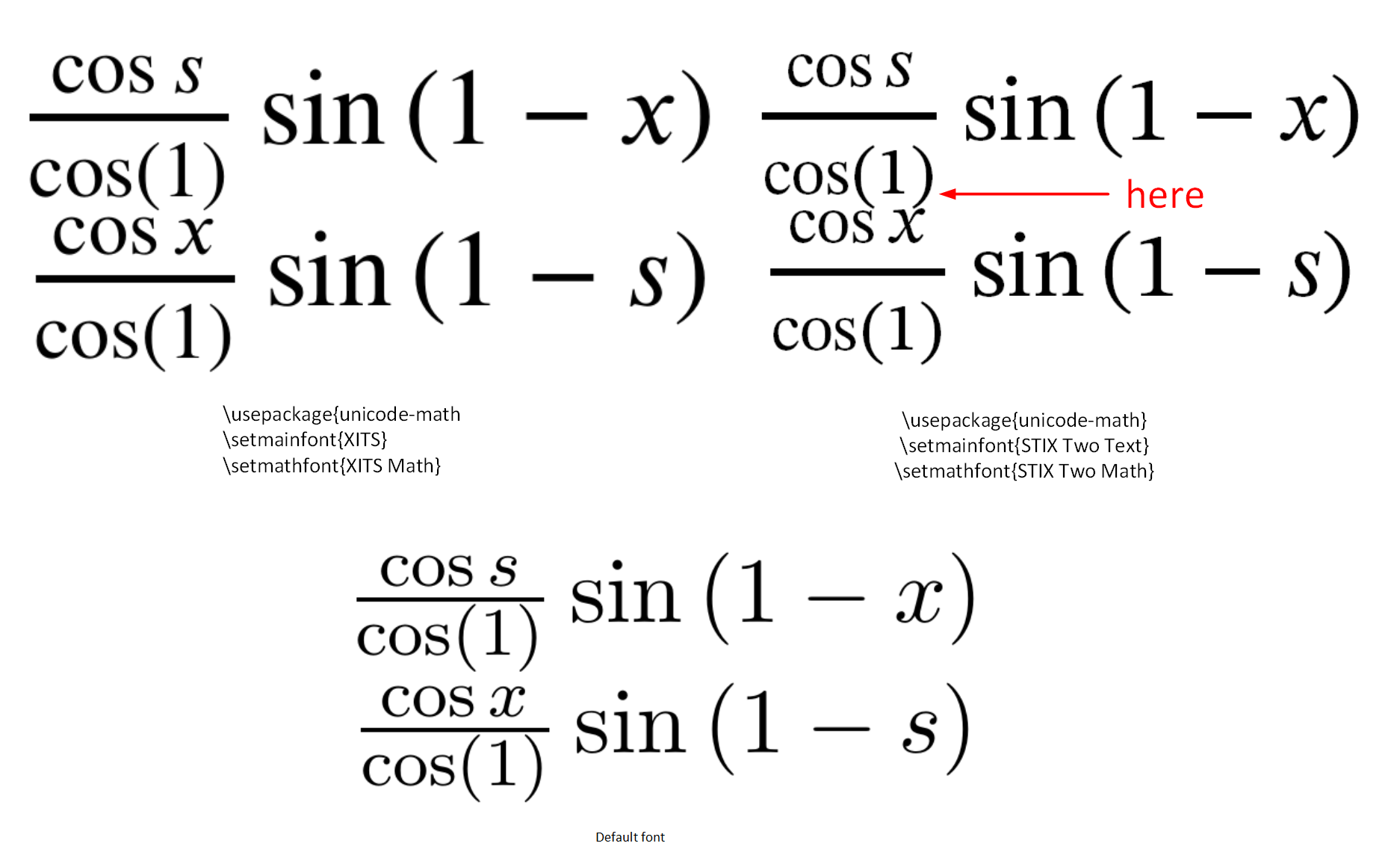 This below is the default Latex font:

The question is, is there is something one can do to fix this? Is this a bug in the font? I find it harder to read when the letters are touching each others. Otherwise, it is a nice font. I think they put too much space between the fraction line and the denominator. With the default font, the spacing is much better.

To install the fonts, I unzipped the file from the above link, and copied the 3 font folders to ~./fonts folder. That is all. This is on cygwin. On windows or mac, the fonts need to be moved to wherever the opentype fonts folder is.

The default spacing is rather cramped

You could open up arrays when using stix 2 by adding

Although really array is not suitable for this kind of layout, it uses inline math not display and is designed for setting arrays and matrices, if you put \arraystretch back to the default and use cases then you get

Or perhaps with stix2 you should increase baselinestretch slightly, adding

Not the answer you're looking for? Browse other questions tagged fonts stix or ask your own question.

132
Which OpenType Math fonts are available?

1
Using `mathbb` fonts from other packages
7
unicode-math and various fonts fail at giving decent spacing in formula
6
mathpazo package and changing font within \begin{equation} ... \end{equation}
2
Using XITS with pdflatex
10
What happened to DejaVu Math font?
7
Sans and monospace font match for STIX Two
14
Choice of consistent unicode open-type fonts for Phd Thesis in Engineering
1
Which math fonts offer ∀ and ∃ quantifiers with thick strokes and stems?
1
How to make bold text more visible
0
How can I use multiple math fonts?