What is a valid arara configuration file?

The arara program itself is running from the command line, and from TeXWorks, but I'm stuck at config file errors.

It's supposed to be optional - so I've tried without one. That gives an error Apparently, there's an invalid directive at line 3.

There are rules at https://github.com/cereda/arara/tree/master/rules but at least the lualatex one throws errors.

Rules that seem according to the manual https://ctan.crest.fr/tex-archive/support/arara/doc/arara-usermanual.pdf to be valid e.g.

There are various online versions, but they all throw similar errors.

I am marking this answer as community-wiki.

Version 3.0a is know to be shipped with TeX Live and MiKTeX, so if you have either of those TeX distributions, it is almost certain that you already have arara in your system path. :) A quick glance in the terminal:

arara is also shipped with several predefined rules. They are listed in the current user manual (accessible through CTAN or by issuing texdoc arara in the terminal). Here they are in a TeX Live installation:

So, unless you want to define a custom rule for arara, there is absolutely no need to have a configuration file. :) Everything will already work out of the box. For example, consider mydoc.tex:

If you run arara mydoc.tex, the compilation will happen as expected:

To run arara through TeXworks, we need to configure the editor first. :) Here we go!

The following steps are described in the current user manual, so I took the liberty of reproducing it here as well, for completeness sake. 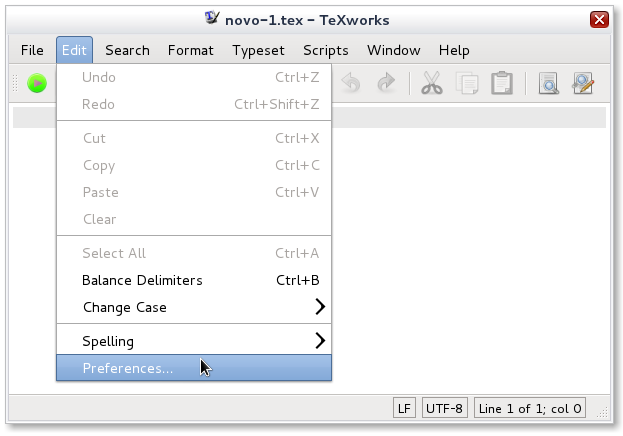 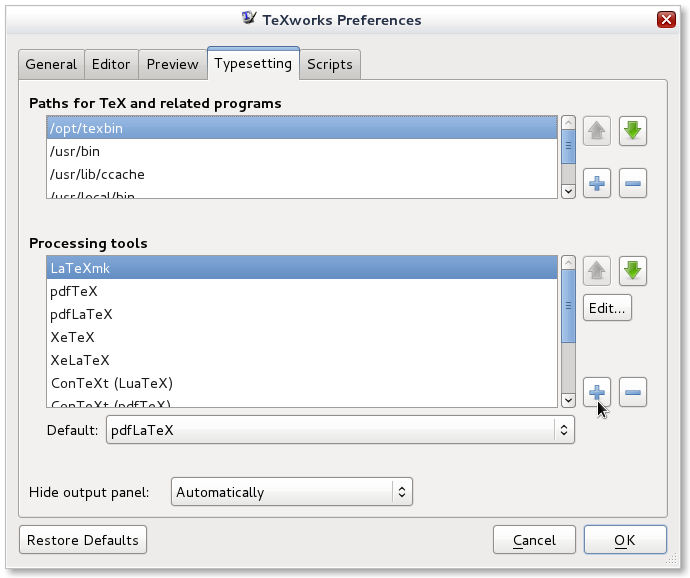 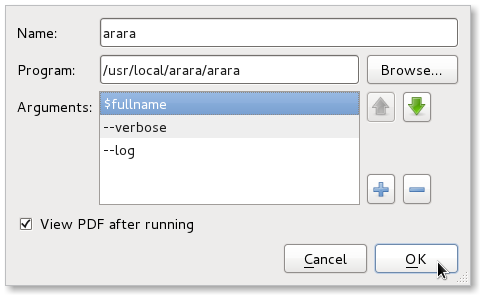 Important note: When I wrote the manual, arara was not yet distributed with TeX Live or MiKTeX, hence the figure displays a different path. It is advisable for you to select the arara executable from the bin folder in your TeX Live installation. Sadly, I don't have a Windows machine to point you to the exact location, so I kindly ask our friends here to help me on this regard. :)

Here we have the parameters: 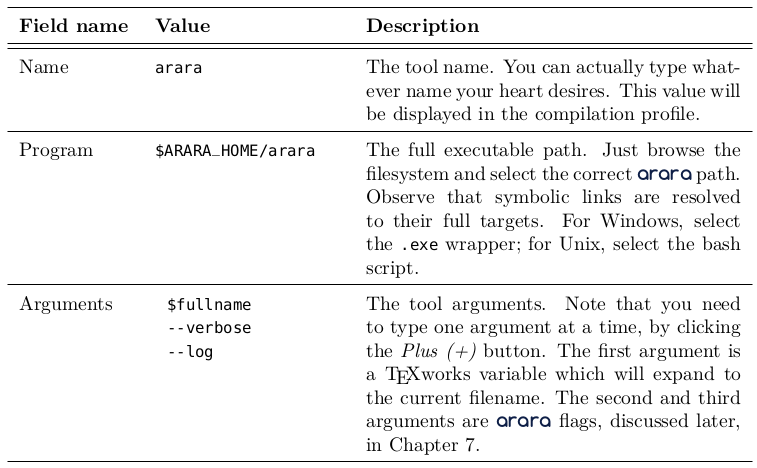 Now it is just a matter of confirming the inclusion of arara in the list of tools in your TeXworks session. :) Then arara will be listed as a compilation profile:

Now, let me go back and talk about configuration files for version 3.0a. Since I am a Linux user, it took me a while to understand why the tool had raised that specific error. The reason is, surprisingly, the existence of :, which in the YAML format, represents a map separator (hence the error). The solution would be quoting the entry either with single or double quotes:

And I believe this particular issue regarding configuration files is solved. Now, back to the rules residing in the project's official repository at GitHub. :)

For a while, I've been working on a brand new version of arara to be released in this year, hopefully. New enhancements, bug fixes and much more were added to this new release, and the rule format had to be updated. Given that this was my first project with a lot of visibility, I had not much experience in organising things, so there was no warning sign telling users of version 3.0a of arara to not rely on those rules by the sheer fact that they were for the upcoming version and no backwards-compatible. So I kindly apologize for the confusion.

There is no need to rely on those rules because the current distribution of arara already covers most of them. Hopefully, the new version will be released in the next months and all confusion regarding versioning will be over. And other issues will arise, eventually. :)

So that's it, I hope my humble notes can help you. :) Please, let me know if you need any clarification, I'd be more than glad to help you!

Not the answer you're looking for? Browse other questions tagged arara or ask your own question.

25
arara: making a rule to compile the main file from a chapter file
29
How to write an arara rule for knitr
1
arara and French
8
Error in arara: unresolvable property or identifier: file
1
[arara]: clean option does not remove .xml file extensions
1
arara root file (compile the main file)
1
Could arara detect the file size?