I'm Lyx user and not very familiar with latex syntax. I'm using floats to insert figures in my report. My desired result is something like this paper. So there is almost one figure per each page, and each figure is accompanied by a fairly long caption.

but it does not work. 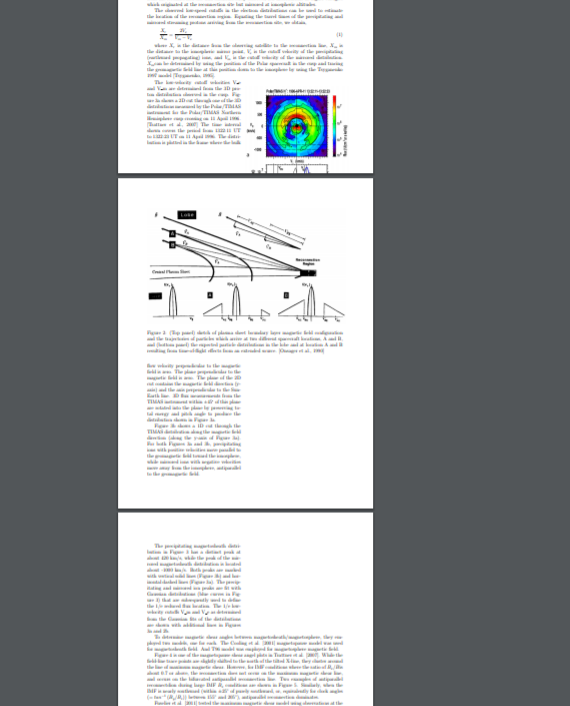 Can somebody help me?

Here is my code (I'm sorry, I don't know how to apply 4 spaces indent to all the lines. I don't have the time to do it manually. Also I think you cannot run this code because there is no figures in your computer

I have been able to compile your document by replacing the figures by example-image-a.pdf calls.

It seems according to this anwser that the wrapfig package cannot handle page breaks correctly without a bit of help.

The wrapfig documentation clearly stipulates that

I have now some personnal remarks that you might want to consider. I cannot ensure what I say is relevant as I am not a LyX user myself, nor a member of your scientific community. Nevertheless, from what I saw when building your document, I would advise (if possible)

This seems to be very much related to the way latex typesets the floating environments, so not related to LyX in a way, it is just that with so much figures with respect to the text, and to intrinsinc limitations of wrapfig it does not seem to be possible to obtain a better output.

I modified a bit your code snippet so you can see how to obtain a different (possibly better) output.

Not the answer you're looking for? Browse other questions tagged floats lyx or ask your own question.

97
Handling of wrapfig pictures in LaTeX

2
LyX: why does figure-wrap-float overrun the page?
2
In LyX, how do I stop a figure float appearing inside a enumerate list
1
Float placement on
0
Figure placement
0
Float placement for lstnewenvironment
1
Float listings in LyX with classicthesis style