How is a mathematical formula represented in PDF?

If I compile a .tex file to a PDF, how will the PDF encode a mathematical formula like f.ex. the integral below? Is it a bitmap? Or how else is it encoded? And how can I extract the formula from a PDF file?

Some more context: My goal is to train a neural net to output the latex code when I give it a mathematical symbol like the integral above as an input. The first step for this would be to find out how the symbol is represented in the PDF file so I can extract this part and use it as a label for the training data.

Essentially in pdf every letter (or run of letters) is positioned by coordinates so even a normal word might be encoded as individual letters positioned to "look" like text, so as to take account of inter-letter kerns etc.

Math is no different: the characters are just normal font characters positioned on the page at locations that TeX has determined.

PostScript uses the same rendering model as PDF but is a bit easier to read by eye, Taking Henri's example and using latex and dvips

where you can see the structure: strings are encoded as for example (dx) for dx and but apart from that 2 letter example all other character runs are single characters with the font and coordinates specified separately for each letter.

For my opinion (I hope to have understand well) you could use a special tool called MaxTract. It can be found at the link http://www.cs.bham.ac.uk/research/groupings/reasoning/sdag/maxtract.php.

Maxtract is a tool for converting PDF into formats such as LaTeX, MathML and text. 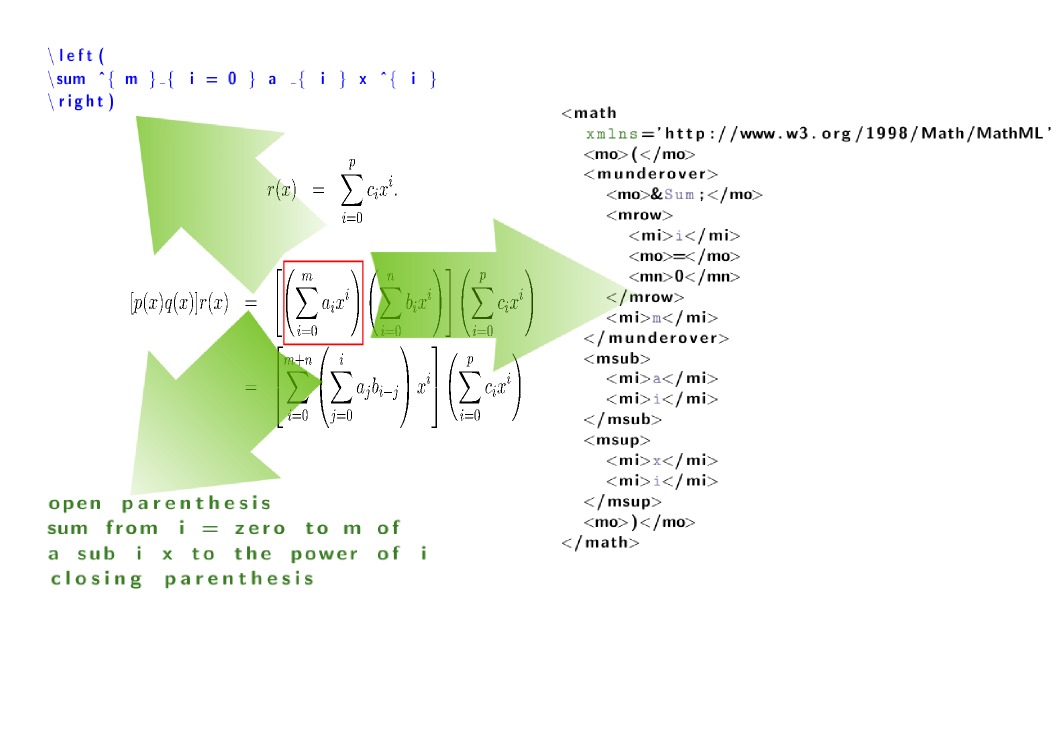 ADDENDUM: Could this program PDF to LaTeX converter also be useful? 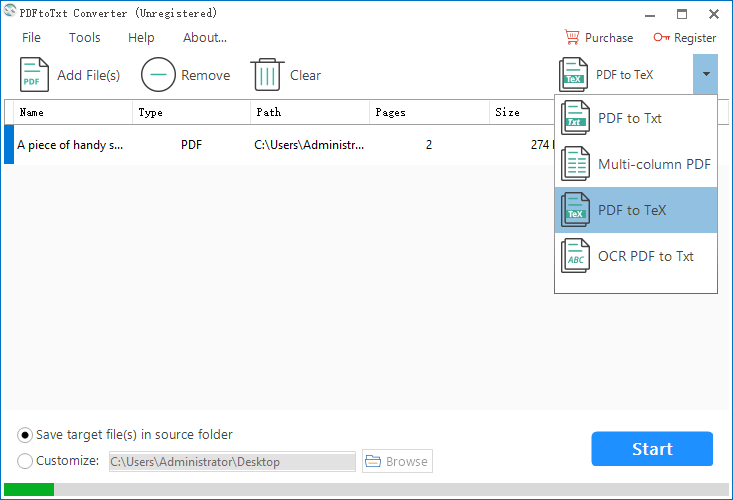 If you use a Unicode math font, then all of the glyphs are just Unicode symbols in the resulting PDF.

Not the answer you're looking for? Browse other questions tagged pdf input-encodings font-encodings bitmap extract or ask your own question.

138
pdflatex, \includegraphics, and multi-page PDF files
8
Unable to search word with Romanian characters in output pdf
13
Encoding to be able to search pdf
5
Montage multiple PDF images, scaled to each other's dimensions, on a single PDF page?
1
How to specify custom symbol encoding
6
How to design LaTeX form with user input for data extraction?
2
\H{u} and \H{o} do not appear in the lualatex output PDF