The figure goes to right by default

When I include a figure in my paper, although it doesn't have any extra white borders around it, it goes to the right even when I use \centering. I always have to manually bring it back by \hspace{-1cm}. Here is my code,

Also I wonder if you tell what is the difference between \hfil and \hfill and between \hspace and \hspace*.

Don't use the \hspace{-1cm} directive, don't use the scale=... option when executing \includegraphics. Instead, as already suggested by @egreg in a comment, set the width of the graph to \columnwidth.

You appear to be loading quite a few packages. However, some packages (such as fixmath) shouldn't be loaded at all, at least not for a document that doesn't employ the Computer Modern font family. Other packages needn't be loaded explicitly as they're loaded automatically by other packages. Oh, and do ask yourself if you really need to load these packages. A good rule of thumb is that if you have no idea what a package does, you may not need to load it in the first place... 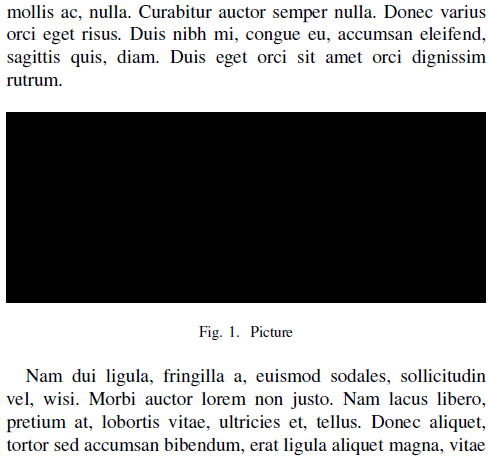 Not the answer you're looking for? Browse other questions tagged floats includegraphics or ask your own question.