I am trying to find a blackboard bold math font that satisfies the following two conditions:

The reason behind this is that I'm using the STIX Two font in XeLaTeX that requires the unicode-math package:

And the blackboard bold symbols of this package are just ugly to my taste. I can use Latin Modern's ones instead:

but the symbols look too thin compared to the rest.

but then I found that the space between the main character and its superscript is very large, which is also ugly. 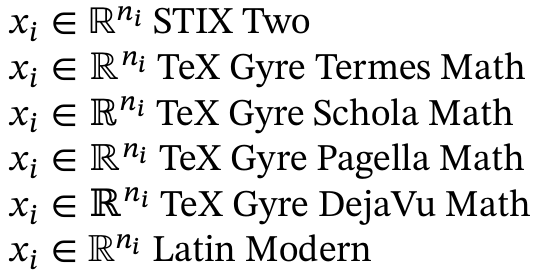 Could anybody suggest me with a font that satisfy the above two conditions?

Thank you very much in advance for your help!

If you like TeX Gyre Termes Math and don't expect to need a large number of different superscripts, you could just add a kern to move the superscript, like one of the arrangements below. 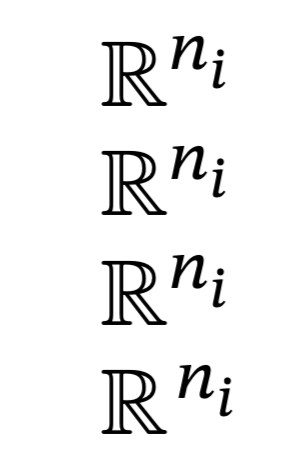 Found a perfect one: