Context : How to install and use new opentype (math) fonts?

Motivation : I'm a die-hard user of LaTeX which is intrigued by ConTeXt and try to learn enough of it to be able to judge on its usability. For now, I'm limiting myself to Mark IV/LuaTeX (Mark II seems to have stopped evolving). I use the current TeXLive distribution (as packaged by Debian).

I recently stumbled on an unexpected difficulty : Opentype math fonts. The current situation is that a lot of the (few) available Opentype Math fonts can be used "out of the box" ; a bit of exploration shows that some support scripts for these fonts exists in $TEXMF/tex/context/fonts/mkiv/.

I have been able to use the text fonts ; for example :

but any attempt to use math fails early. However, using the first two of these may allow to get a correct typesetting of maths with a sans typeface consistent with the text font (see this question for amplification...)

[ On the other hand, using them in LuaLaTeX is a piece of cake : link them to the "right" place, re-run font-cache, and you're set... ]

I am not (yet) familiar enough with the ConTeXt documentation to understand the mkiv/.lfg scripts which seem to be the origin of ConTeXt support for these math fonts.

Question(s) : Where should I look for documentation of this feature ? Or is there some "magic" script allowing for the creation of such scripts ?

context opentype math-fonts
Share
Improve this question
edited May 2, 2018 at 9:32

Where should I look for documentation of this feature?

There is a manual which is distributed with ConTeXt standalone, called Fonts out of ConTeXt. It is also sometimes referred to as “the new font manual”.

Or is there some "magic" script allowing for the creation of such scripts?

No, there is no magic script to generate these so-called typescripts. But the structure is straight-forward and it is really easy to roll your own.

The procedure is always the same. You define a typescript for a certain family and assign font files to predefined names. For example

This tells ConTeXt that when the Sans version is requested it should load FiraSans-Regular.otf and apply the default font features to it.

The .lfg files (Lua Font Goodies) are more complicated but you mostly need those if you have to patch math fonts, you want to expose special math font features to ConTeXt, or you have to define virtual fonts. In a first approximation they are usually not needed.

Here is a full, yet simple example for the Fira font. 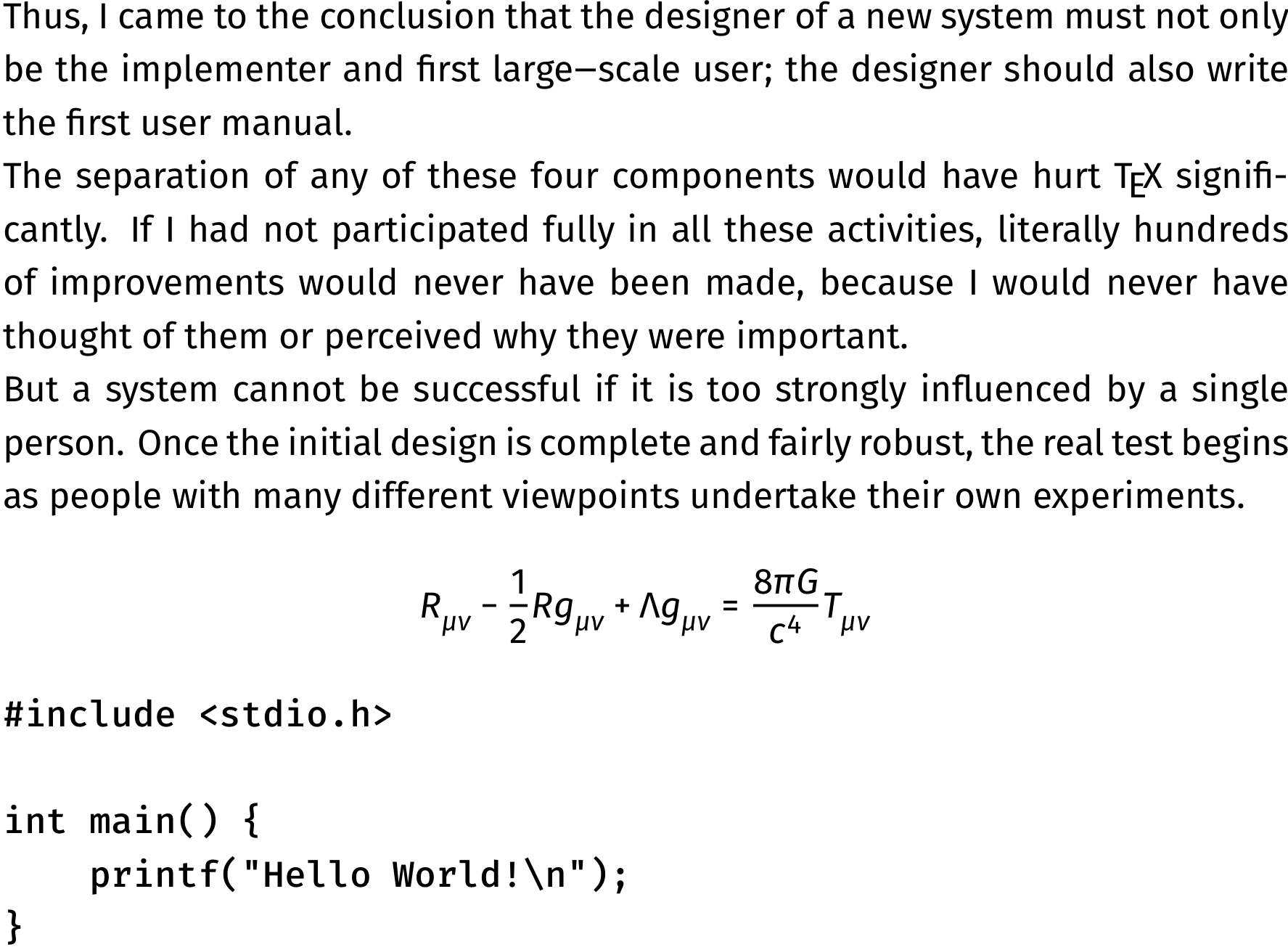 You can get out of the box opentype math by setting mm (or math) with \definefontfamily:

Context can find opentype fonts that are installed in the OS. To get a list of available fonts run:

If you want to filter the results you can use the option --pattern. For example to list all GFS fonts on your system run:

You can find more documentation on the context wiki: http://wiki.contextgarden.net/Command/definefontfamily

Not the answer you're looking for? Browse other questions tagged context opentype math-fonts or ask your own question.

17
Are there opentype sans math font(s) under development?
1
ConTeXt: strange issue with typescript

19
How to use OpenType fonts with plain-LuaTeX?
3
More Math Fonts in ConTeXt
7
Check whether an opentype math font is loaded
4
Change kerning between math characters (prime and left parenthesis) in ConTeXt
17
Are there opentype sans math font(s) under development?
1
"native" math ligature with OpenType feature
4
Using multiple fonts in ConTeXt
1
OpenType Math fonts - What is the purpose of the Latin Supplement, Extended A, B character sets and unicode fractions sets?
0
Scaling of parentheses and brackets with unicode-math and kpfonts fails