Context of my question

I am developing bismon (temporary name), some kind of persistent domain specific language for static source code analysis tied to GCC (to become a successor of my late GCC MELT). Details are unimportant here, but curious people might have a look into its README.md on github.

For the purpose of this question, bismon could be viewed as some dynamically typed Scheme or Lua like language (even if it is not really that). I have complete control on it, and I can tailor it to be even more like that. So for this question we could pretend that bismon is some Scheme-like stuff, like Guile

I need to start writing some documentation about it (that was already the case in GCC MELT, where I generated .texi file for texinfo), and some of that documentation (hopefully more and more) will be generated by bismon itself (even if obviously it is not)

I am running all that on Linux/Debian, and I don't care about other operating systems. I have texlive, so lualatex (version 1.07), and hevea. I'm fluent on Linux & Ocaml (and somehow Lua) and hacking a tiny bit is not an issue for me (e.g. patching slightly hevea in Ocaml, or writing simple lua scripts).

I need to generate a PDF report (with some hyperlinks inside it), and some HTML5 form of it (that is, a set of HTML5 and other files nicely looking thru some recent browser). Of course I'm thinking of using lualatex & hevea (but I could chose other approaches, provided they are based upon free software preferably packaged on Debian).

Ideally I want to have some of the documentation generated, since showing the actual output. And some of that could happen in the same process (e.g. a Guile one) running during the whole processing of the document.

So I dream of being able to typeset something like

And later in the same document, I dream of having

and at that point I dream that the code is nicely appearing, with its output. Notice that I need the same guile process to (conceptually) co-exist with LaTeX one. So perhaps something similar to the effect of GeneratedLaTeX

For example the Ocaml manual is available in HTML and PDF formats and some parts of it is generated.

Choosing between two (and a half) approaches.

My current preference is for the second approach.

Your comments are welcome.

That is not problem in LuaTeX. Thanks to the FFI (requires LuaJITTeX or LuaTeX ≥ 1.0.3) you can call arbitrary C functions. Since Guile is an embedding language it comes with a rich C-API which can be easily used from within LuaTeX. I simply copied the function declarations from the C header file and pasted them into the ffi.cdef.

This requires --shell-escape because FFI is considered unsafe but no external programs will actually be called.

The code sample below is of course specific to Guile but since you are the developer of bismon, you could provide such functions, compile bismon as a dynamically linked library and load it into Lua to perform similar tasks. 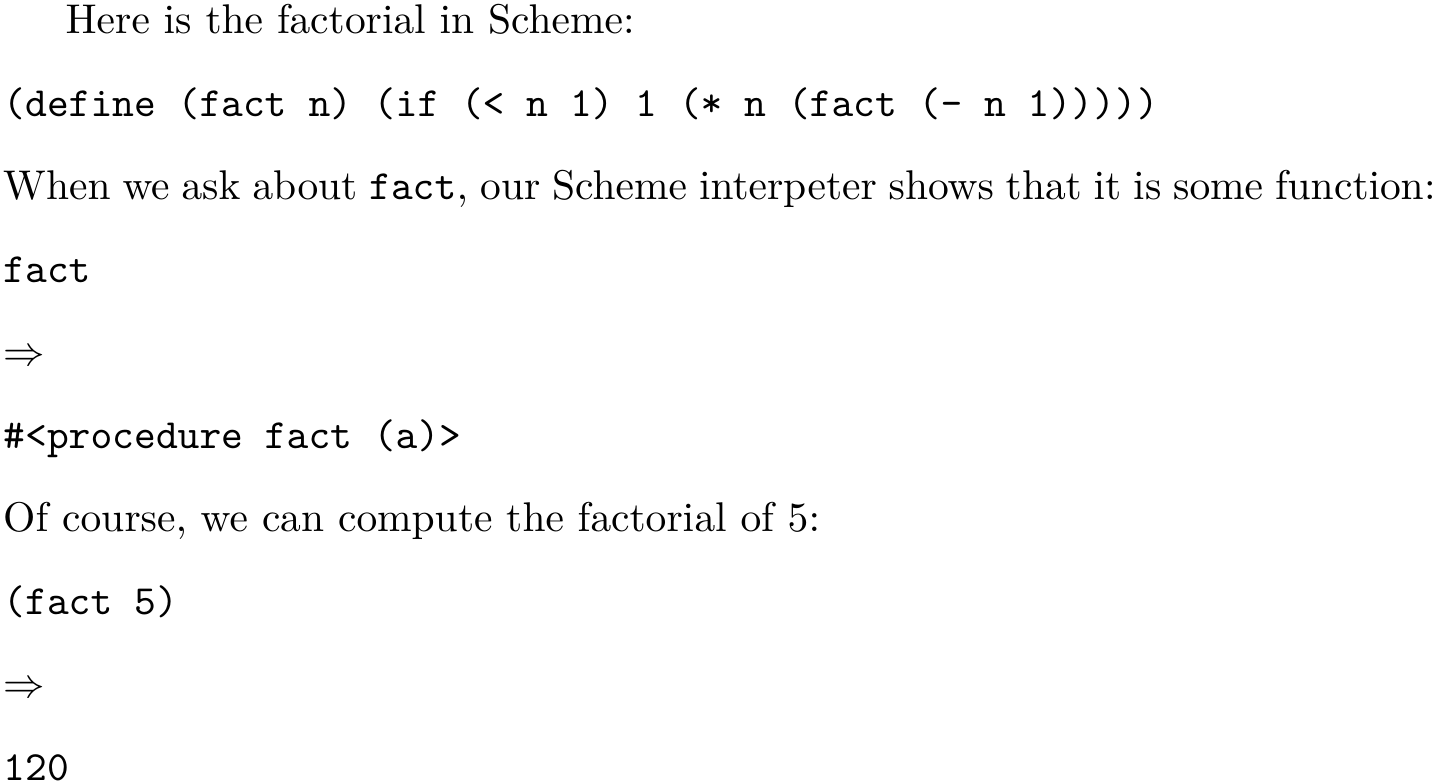 Not the answer you're looking for? Browse other questions tagged luatex linux hevea or ask your own question.

3
Which libraries are available via ffi for texlive luatex with no other installation?

8
How to use mplib directly from lua?
1
Luapath broke after upgrading miktex
5
Displaying images with Hevea (Latex)
9
Speeding up latex/lua/tikz
1
Compiling hevea-2.19 with Objective Caml compiler v3.11.2
5
question on latex->lua->latex->lua call chain. How to pass things as strings back to latex?
3
Building a token list in lua
3
Acrobat Reader manipulates (Xe/Lua)LaTeX-generated PDF on open
2
Seeing what LaTeX passes to Lua and what Lua passes to LaTex