How to reset a counter to at 1 at each start of chapter?

I want the numbering of definition, lemma and theorem has the form x.y,where x is the chapter and y represents the natural order 1,2,3...I use a counter for the value of y.Here is my code, but something undesired happened. The counter start from 0 at each chapter automatically, however I want it starts from 1. What should I do to deal with this problem? Thanks! 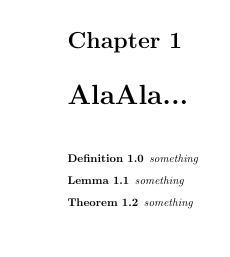 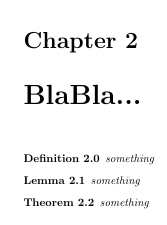 General answer
This is not (easily) possible. The better way would be to move the stepping of the counter before the use of it. This is how it is done in cases like this in TeX. Because if you use \refstepcounter instead of \stepcounter to make these counters work with \ref this is the only way, to let TeX know from where on the counter is “active” as label.

Howerver in your case the way to go would be to make the three counters “aliases” for each other and use the optional argument of \newtheorem to make the base counter within the chapter counter.

Change your definitions to:

by the way: it’s not a good idea to use \def\endmydef{\stepcounter{moon}} since this will overwrite everything else that is don in the \end part usually …

Just spelling out my comment. All I did was to use this answer. When you compile it, you'll see that the lemma and theorem in the second chapter are numbered as they should even though there is no definition in. 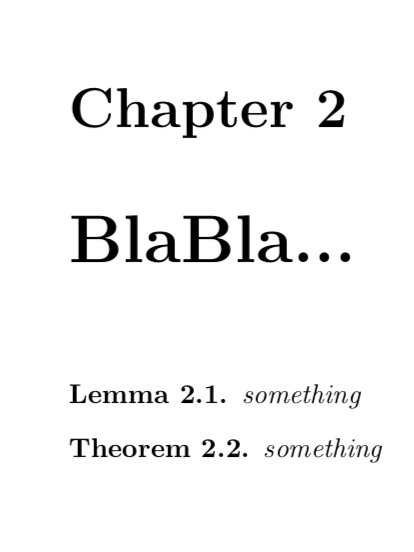 Not the answer you're looking for? Browse other questions tagged numbering counters or ask your own question.