I am really puzzled about the impacts or side-effects of the nonlinear transformations. Consider the MWE

It produces, as one would expect, 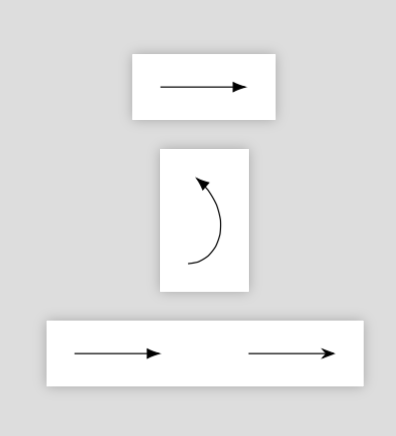 However, if one comments out the first picture, one gets 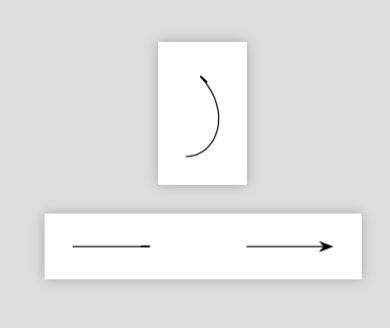 The arrows of type Latex are completely messed up. Not only in the picture that uses nonlinear transformations, but also in the next one! On the other hand, the arrow of type Stealth is not affected by this.

NOTE: This version of the question is very different from its original version. @cfr, who answers it, found that there are two separate issues. I have stripped of the part that is not covered by @cfr's brilliant answer, and with her or his permission I'd like to re-ask it.

The second (?) problem concerns the effect of arrow-tip caching. When an arrow tip is first used, it is cached. This is a specific tip e.g. Stealth with such-and-such length and so-and-so width etc. When the same tip is used again, the cached tip is used. This saves compilation resources.

[Thanks to percusse for pointing out that this is an example of 'protocolling', as explained in section 116 of the TikZ manual. I used 'caching' because the code for the arrows code uses 'cache' in naming the relevant keys and I didn't know that the underlying stuff was called 'protocolling'.]

So, if the first time a tip is used, it is outside transformed scope, that tip is never transformed.

If the first time is within a transformed scope, that tip is always transformed.

It is possible to prevent caching when defining arrow tips, but it seems it is not possible to prevent arrow tips which are designed to be cached from being cached. That is, you can switch off caching for a family of arrow tips (by redefining Stealth or defining a new tip StealthX) but you can't switch it off for a particular tip (e.g. for Stealth with so-and-so length etc.), let alone for a particular instance of a tip (e.g. this Stealth with so-and-so length etc.).

If you don't want the tips to be transformed at all and your first use is within a transformed scope, a simple workaround is to first typeset the arrow in a box, without typesetting the box. This will cache the untransformed version and all subsequent instances of this tip will be untransformed.

Note that this must be done for every particular tip you want to treat this way - not just every kind of tip. So if you also want this for -Latex[length=7mm], you need to add this to your box, too, as this is a different tip from -Latex.

If you want tips to be transformed only within the scope of transformations, you could make a copy of the kind of tip you want (e.g. Stealth) under a new name (e.g. StealthX) and just alter the definition so that it is not cached. Then you could use Stealth outside transformed scopes and StealthX inside.

Ideally, I guess the nonlineartransformations and/or arrows.meta libraries should handle this automatically. For example, I guess it should be possible to provide a toggle to switch off use of the tip cache, which could be installed for transformed scopes and removed at their ends.

16
Numerical conditional within tikz keys?
7
Logarithmic scaling of picture in tikz
12
Drawing rectilinear curves in Tikz, aka an Etch-a-Sketch drawing
9
Line up nested tikz enviroments or how to get rid of them
2
LaTeX Tikz: Compare two \def arguments
3
Arrow between BTrees
1
How do I change the radius of circle in a node in tikz style?
2
Document header with tikz