I need to write some margin notes in my tex file which I would like to have displayed in the right hand side of the page.

There is already a nice package that does that by default called margin notes which seems right for the job.

Is it, however, possible for all margin-notes which are destined to appear together on the same page to be stacked neatly, one above the other, near the center (alternatively, top, or bottom) of that margin.

Consider the following output pdf whose tex file is given beneath the picture (with some long passages of dummy text removed for the sake of clarity) Is it possible to have the two margin-notes stacked neatly on top of each other in the order of their appearance but near the center (or top or bottom...) of the margin.

I would like the solution to work for an arbitrary number of margin-notes on the same page, not just two. 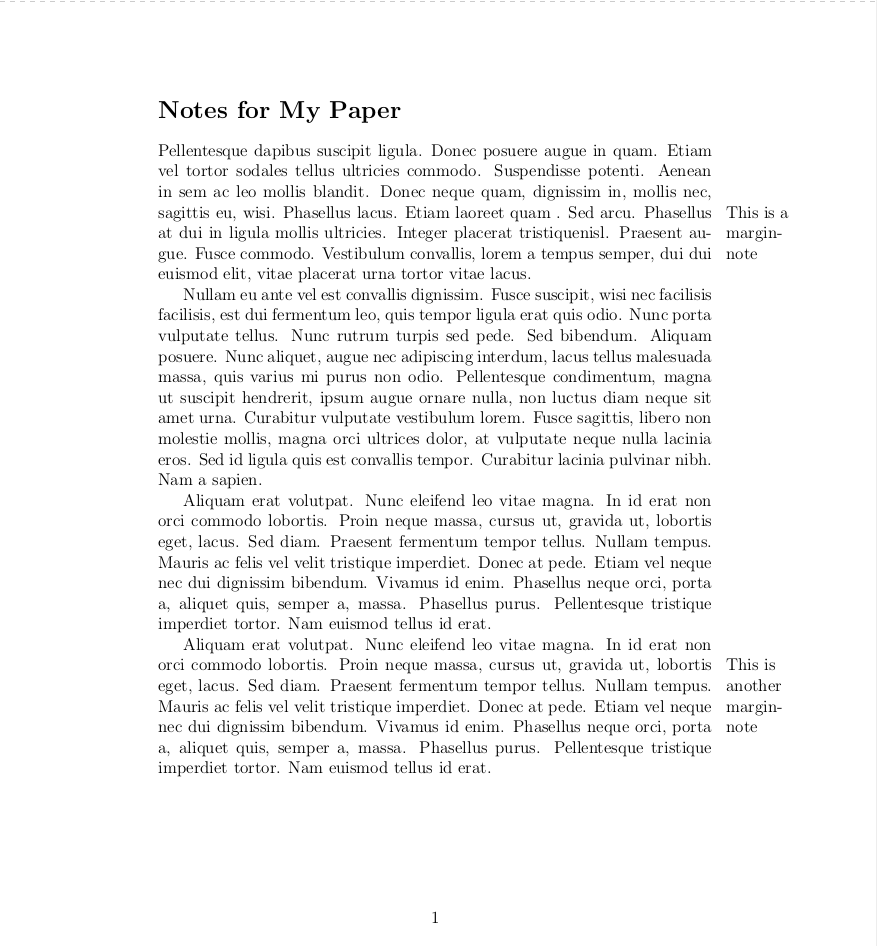 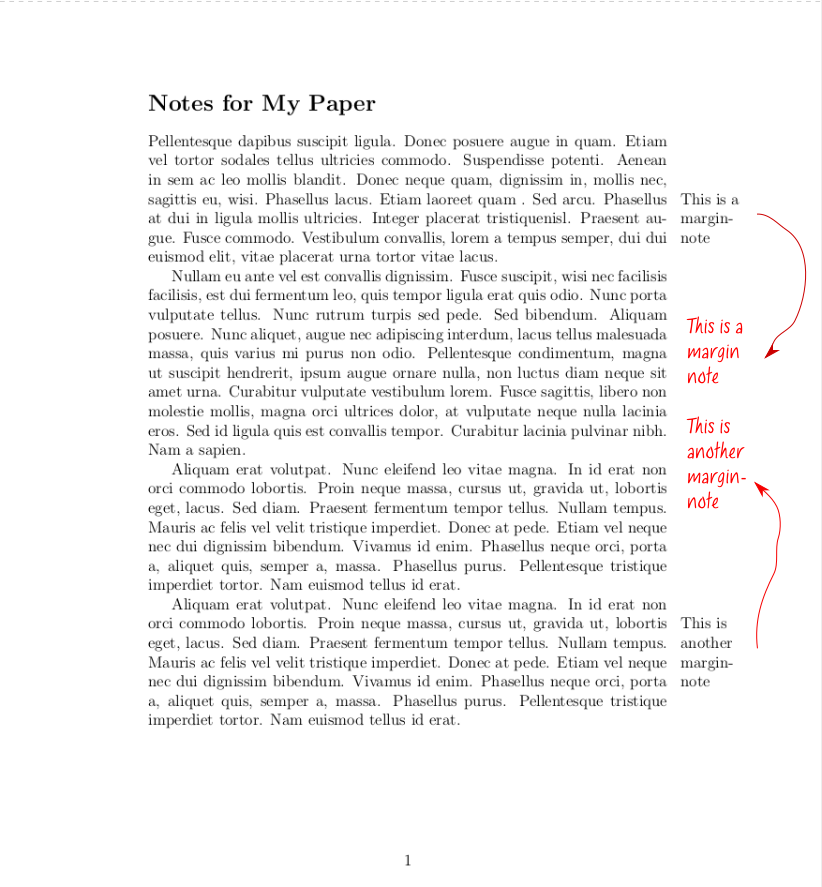 Use the memoir class (which covers the book, report and article classes) (> texdoc memoir Page notes) and the \sidebar macro.

which will put the texts of each \sidebar into the margin, starting at the top and working towards the bottom. If there are too many to fit on a page then they will continue onto the next page. Read the documentation for more details.

This solution accumulates the marginnotes into a savebox. I did not attempt to implement all the optional arguments of \marginnote.

Not the answer you're looking for? Browse other questions tagged margins marginnote alignment or ask your own question.

37
Dealing with many margin notes
2
How to put bibitem-labels as side margin notes?
3
Small margin notes side by side to avoid overlapping
1
Margin notes aren't next to text
2
Margin notes with horizontal bar
2
Side notes adjust options. Can I “liberate” all the margin for sidenotes?