I have the shortcut in lyx over MacOSX for opening the preferences binded to cmd+, I wish to unbind it, as it's too close to cmd+m which is the default shortcut for mathmode. I tried the following:

EDIT: added picture that might clarify: in the picture it shows that this bind is somewhat related to the mac-OSX as in the menu it binds to it 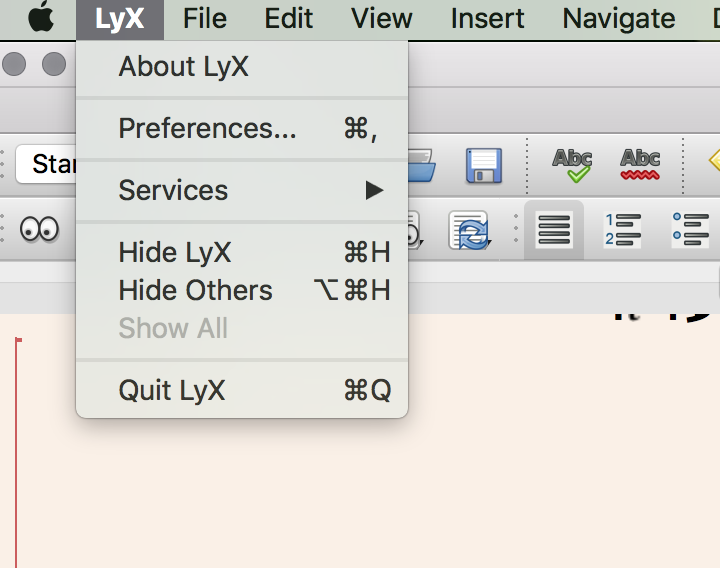 Browse other questions tagged lyx mac shortcut or ask your own question.