How to draw the box of Dijkstra's Guarded Command Language?

I'm wondering whether there is a standard, canonical way to typeset programs in Dijkstra's GCL (EWD 472). In particular, I'm interested in a command producing a symbol for the box [] in 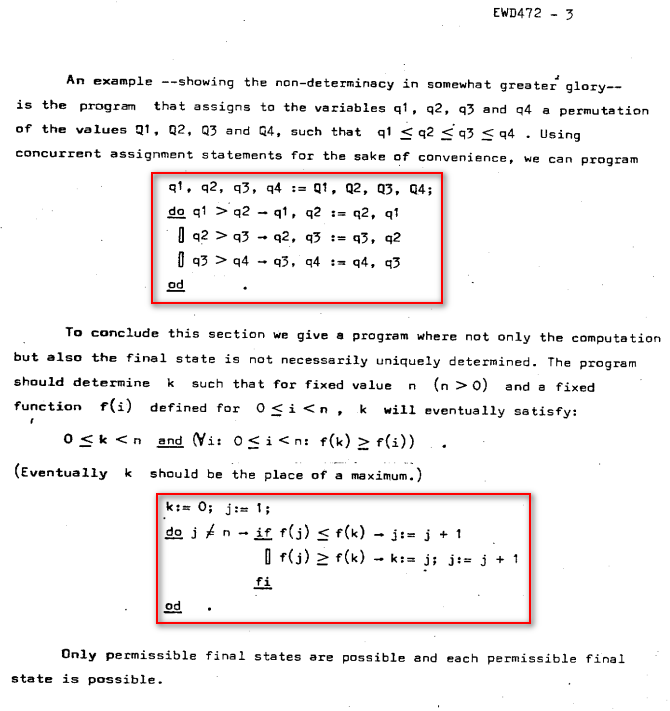 Ideally, the box should be also visible as some meaningful Unicode symbol (or symbols) in the text layer of the resulting PDF file, rather than the usual gibberish you get from NFSS symbols.

Currently, I simply draw the box with \fbox around appropriate white \rules, which is kinda extremely ad hoc. Detexify gives zero usable results, and shapecatcher gives way too many equally-looking white rectangular boxes, none of which has a description anywhere near Dijkstra's symbol.

This is not an easy one to find; when the math (and other technical symbols) were presented to Unicode, they resisted any attempt to include shapes that were very similar to shapes already present, and the meaning of this symbol wasn't known at the time by the people involved in compiling the submission. They did finally relax their guidelines, and accepted this on the grounds that it's in use in contexts where other similar shapes are unacceptable.

The canonical name in Unicode is "n-ary white vertical bar", which, while descriptive, doesn't say anything about what it's used for. A later addition gives a more useful meaning: "n-ary dijkstra choice". I hope that's close enough to what you've looking for.

addendum:
the symbol should be present in the stix fonts with the name \bigtalloblong. that's not a particularly good name either, and i've suggested to the maintainer of the unicode-math package that maybe something better can be devised as an alternative.

Update
A comment by @MdAyq suggests that 2AFF is too large in displays, and that 2AFE may be more appropriate. This is plausible, but beyond my personal subject knowledge. This symbol is present in the STIX fonts with the name \talloblong, and by the same name in unicode-math.

661
How to look up a symbol or identify a letter from a math alphabet or other character?