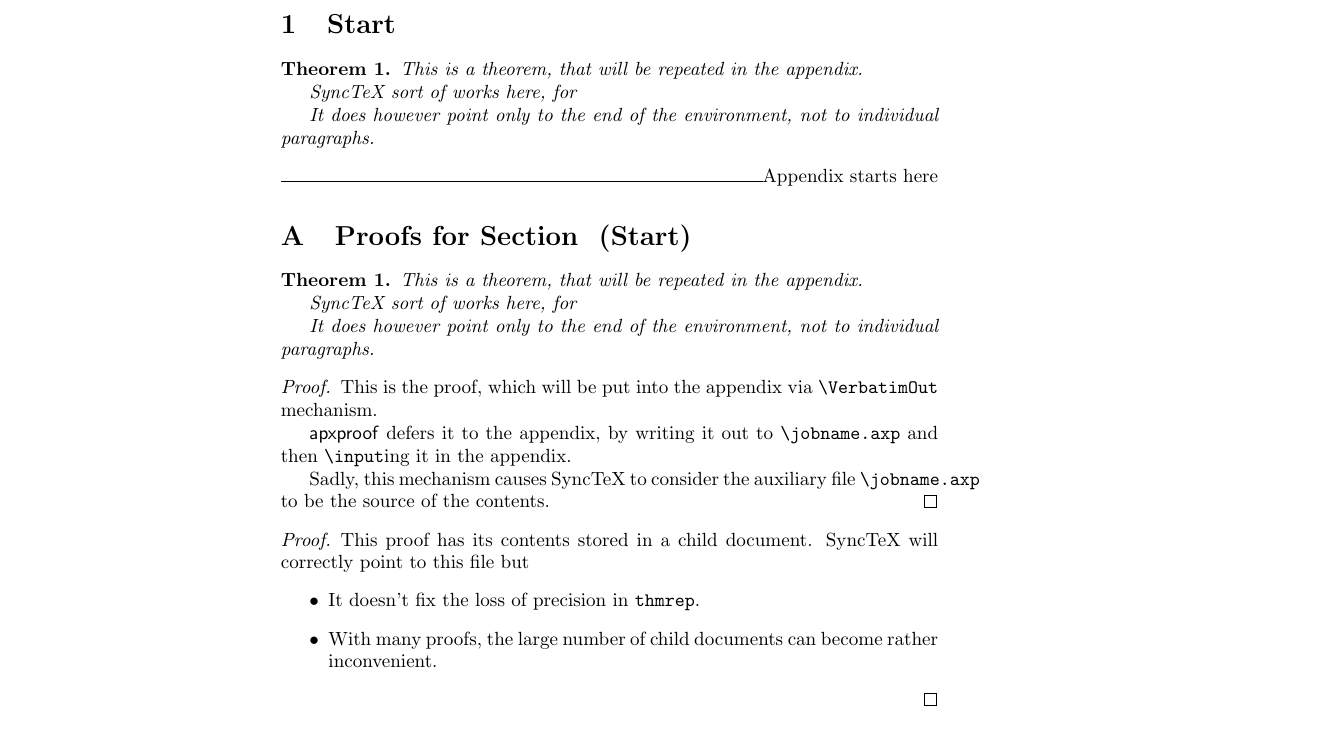 With LuaLaTeX, using the callback it's possible to do this. See In LuaLaTeX, how do I pass the content of an environment to Lua verbatim? for other examples.

The \iffalse ... \fi is just for demonstration. There's no need for commands there, line number is sufficient.

Both forward and backward search works well. If you don't need the forward search outside the subfile, it's possible to remove the synctex parts.

To fix it, it may be possible to use tex.set_synctex_tag in LuaTeX to be the same as the tag of the parent file, and do not record the tag entry of the subfile (with set_synctex_no_files).

Also make sure that the \input is on the same line as the \directlua, otherwise the one-time call will be executed before \input.