How to set the document font?

Getting a package is not the same as executing an instruction to tell TeX to use a specific font or fontsize or typestyle (like italics or boldface), right?

So I have this:

and I get this ostensibly vanilla-flavored font with serifs.

Suppose one wants a sans-serif font like Helvetica or a plain mono-spaced font like we have in the edit boxes here at SE (or one like Courier)? Or a standard serif font like Times Roman?

Where do I get the different font packages and how do I tell TeX what the default document font is and how to switch from one font to another, to another font size, and to a different font style? FYI, I am using TeXworks with MiKTeX on a Windoze 10 PC.

I tried searching for another question like this and couldn't find it or, if I did, I couldn't decode it to even guess I had an answer.

The LaTeX Font Catalogue can help with this, as Bernard suggested in comments. I also provide some resources which might be helpful. See What font packages are installed in TeX live? for a list of packages and this font sampler.

The answer to 3 and 4 is that, generally, you shouldn't. This is because something like 'switch to italic bold' is appearance mark-up rather than logical or semantic mark-up. Generally, such changes should be handled by the class and packages you load so that, say

typesets A section in a suitable font. Similarly,

should be used where emphasis is needed because it is logical/semantic rather than appearance.

Occasionally, you may want something special for a one-off effect. A typical use would be in typesetting a title page. Then you might actually want to hard-code the appearance. 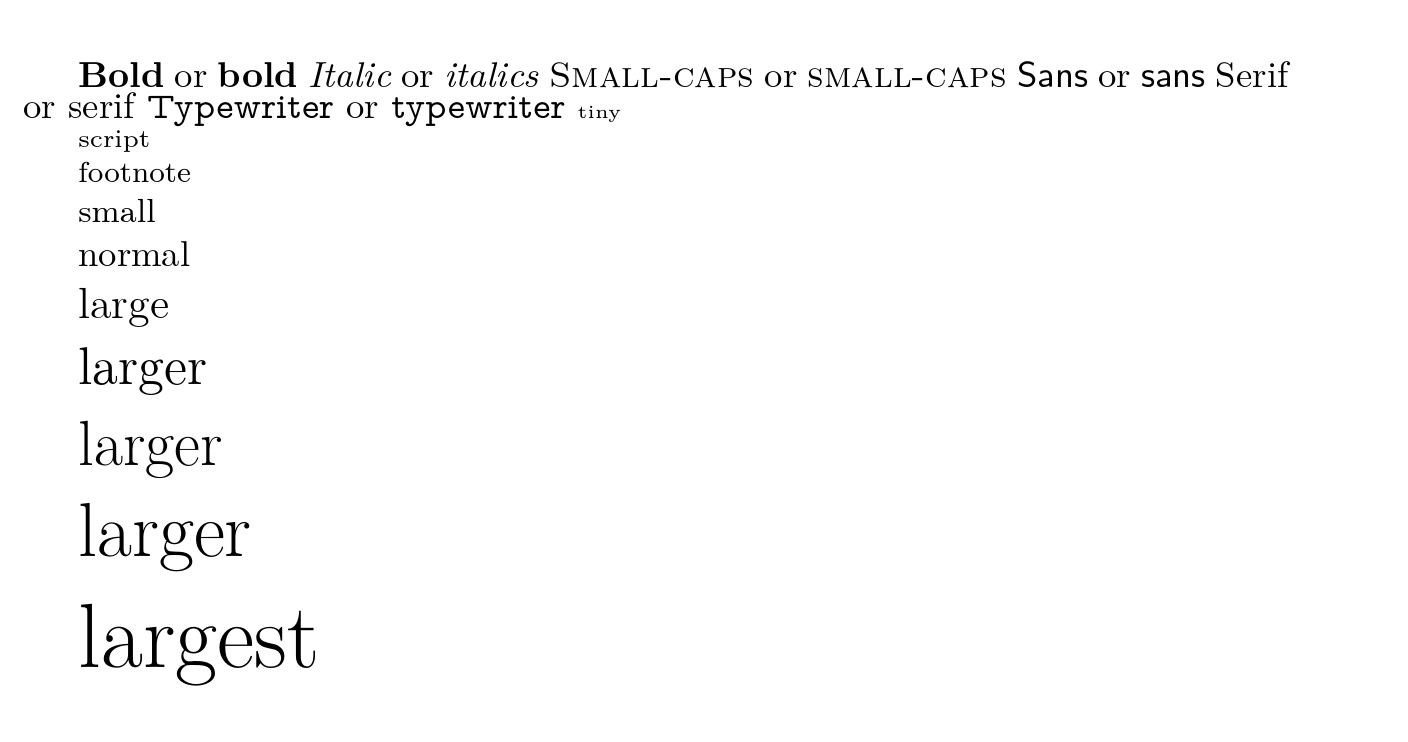 Generally, sizing etc. is automatic in maths mode. Where necessary, you can use

and so on, but these should not usually be necessary.

For further information, see What are good learning resources for a LaTeX beginner?.

370
What are good learning resources for a LaTeX beginner?
96
What font packages are installed in TeX live?