I have macros that use anchor points in pgfplots to access certain coordinate. For instance, in a graph I can invoke a macro such as:

I would like to be able to reuse such macros in a basic tikzpicture environment by manually defining the coordinates (current axis.left of origin) and (current axis.right of origin). The problem stems from the fact that those are anchor points, so was wondering what is the simplest approach to set those. 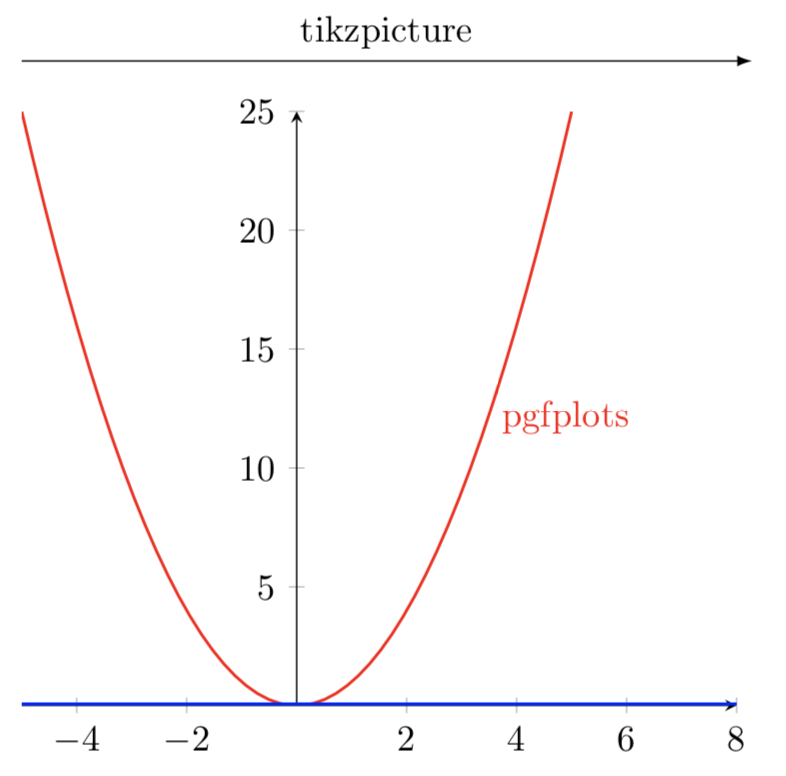 A small improvement of Peter's method could be to use \pgfplotsifinaxis only to define new coordinates, and do all the work with those coordinates. So one would have something like

The benefit of this is that you don't have to duplicate all the code in \DoSomethingWithXAxis.

One way to address this problem is to use \pgfplotsifinaxis and have a different code when outside of the axis environment:

where I define a current axis left of origin (note the missing .) when I am not in an axis environment. 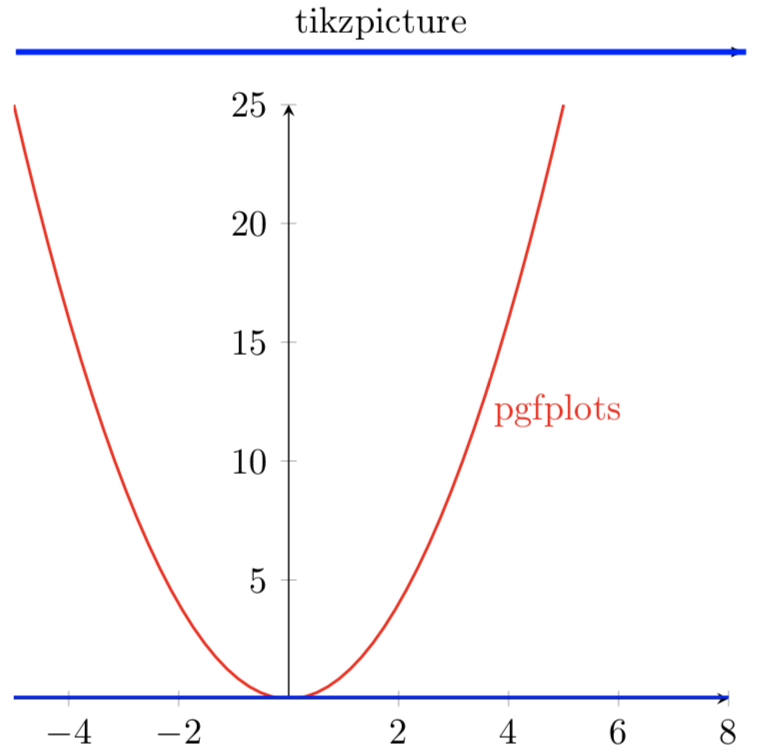 Here is a simple shape and a command to do what you want. \dualcoordinate is limited, it just looks like TikZ code and the node is always named current axis. Also the center anchor is not in the center.

Not the answer you're looking for? Browse other questions tagged tikz-pgf coordinates anchor or ask your own question.

5
Accessing the n-th coordinates of a plot
1
use the coordinates of an axis tip with pgf plot
3
Apply shift to (current axis.left of origin)
5
pgfplots wrongly calculate \pgfplots@data@xmin in the case of mixed plots (with and without error bar)
12
Drawing rectilinear curves in Tikz, aka an Etch-a-Sketch drawing
9
Line up nested tikz enviroments or how to get rid of them