Align text after a word

I want to align left my text after two words like image given below. How can i fix the problem? Thank you.

This answer probably makes little sense in 2018, but anyway…

Torbjørn T.’s answer is very good (I’ve upvoted it), but LaTeX users who are aware of what actually goes on inside the innards of the underlying TeX engine probably can’t help remarking that it puts an unnecessary burden on the typesetting engine itself. Indeed, the tabularx environment works by repeatedly typesetting each “X-column” several times until it reaches the desired result; now, it is true that in this case the environment is capable of guessing the correct width of the unique X-column in the first try, typesetting the column itself only once (as one can prove by experiment), and that Torbjørn’s solution can therefore be regarded as an automated version of Fran’s that doesn’t require to indicate manually the width of the \parbox; it is true that, even if this were not the case, with the speed of today’s (and also of yesterday’s…) computers the overburden imposed by the use of tabularx would anyhow be of no significance at all; but again, users acquainted with the underlying TeX engine know very well that it embodies a mechanism explicitly devoted to obtaining this effect (which is called hanging indentation in the typesetting world) as an integrant part of one of its most basic routines, the paragraphing algorithm. A solution that exploits this mechanism could therefore be of some interest, at least from the point of view of elegance. After all, if The TeXbook reminds us, on p. 208, that

aesthetics are more important than efficiency,

what should be said of something that combines aesthetics and efficiency?

(Note that the present solution is also clearly superior in the management of the interline glue, a topic we don’t want to discuss here; moreover, it allows page breaks in the middle of the indented paragraphs, which could be a Good Thing or a Bad Thing, depending on the circumstances.)

In the code below, we define:

The output it produces: 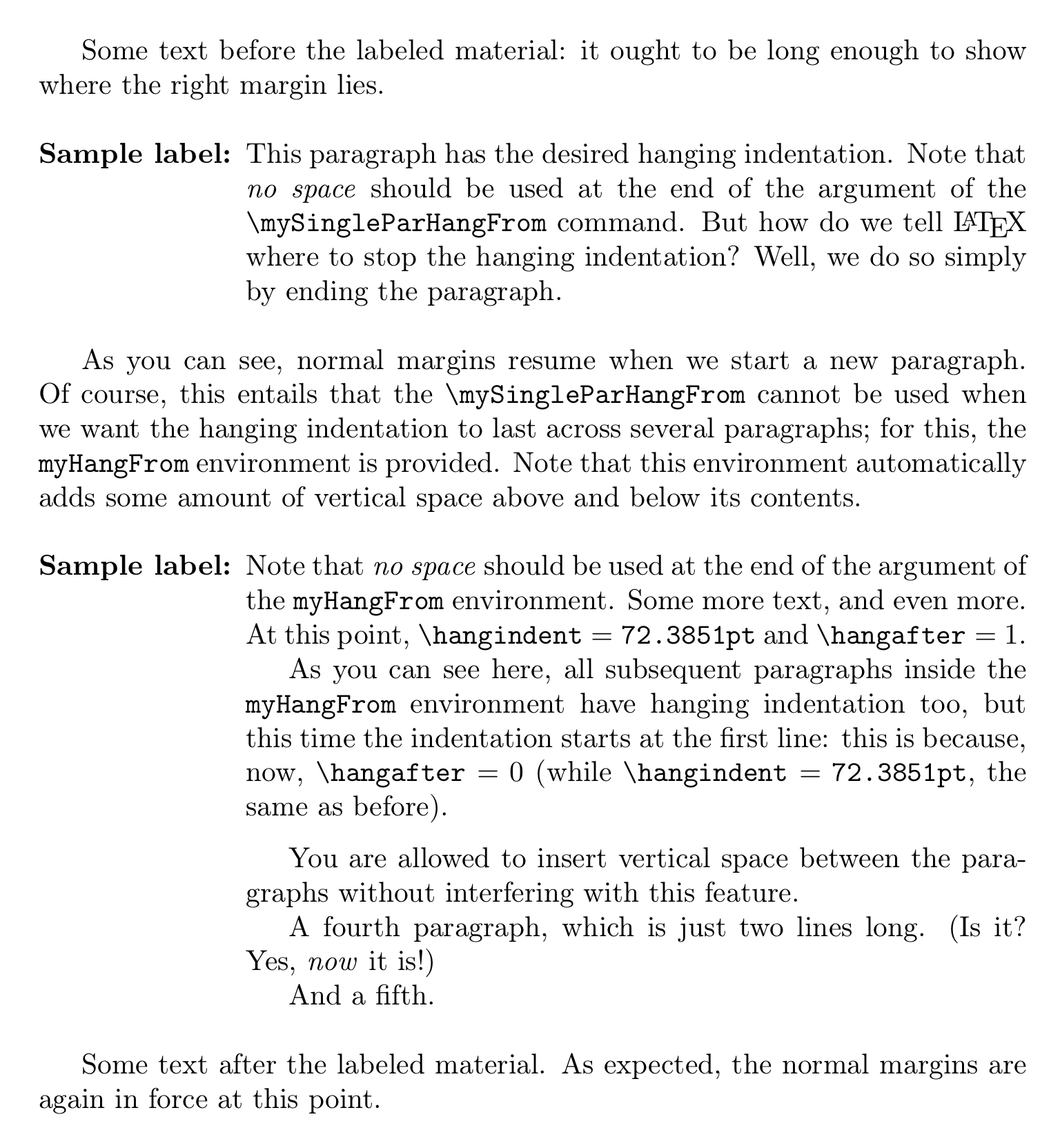 You could use a tabularx from the package with the same name.

Without any package, you can use a \parbox:

Not the answer you're looking for? Browse other questions tagged horizontal-alignment vertical-alignment or ask your own question.

1
Error while aligning text after a word