I am preparing/updating a set of lecture notes. I ran into the following issue with psfrag. The relevant source snippet:

I generated the imagefile PolarPlaneElement.eps with Mathematica. The problem is with substitutions of strings "A" and "B". My theory is that the problems are related to the fact that in the PostScript image all the other strings are on white background, but these two troublemakers are on a (monocolored) pink background. Initially I used more descriptive strings "dA1" and "dA2" instead of the single letter "A" and "B". Switching to single letter strings as instructed here did help matters, but a problem remains:

While I can get the substituted $dA_1$ to show in the final product, the original "A" still shows also. In other words, the relevant TeX-formula was added, but the string it was to replace was not removed!

I will keep trying things. Next on the list is to check whether the ordering of various parts of the image that Mathematica puts together to produce the eps-file will have an effect on psfrag's ability to ID the string within the eps-file. I will post my findings here.

Is this a known bug/difficulty/feature? Can you suggest other things I could try?

Here is the offending eps file. 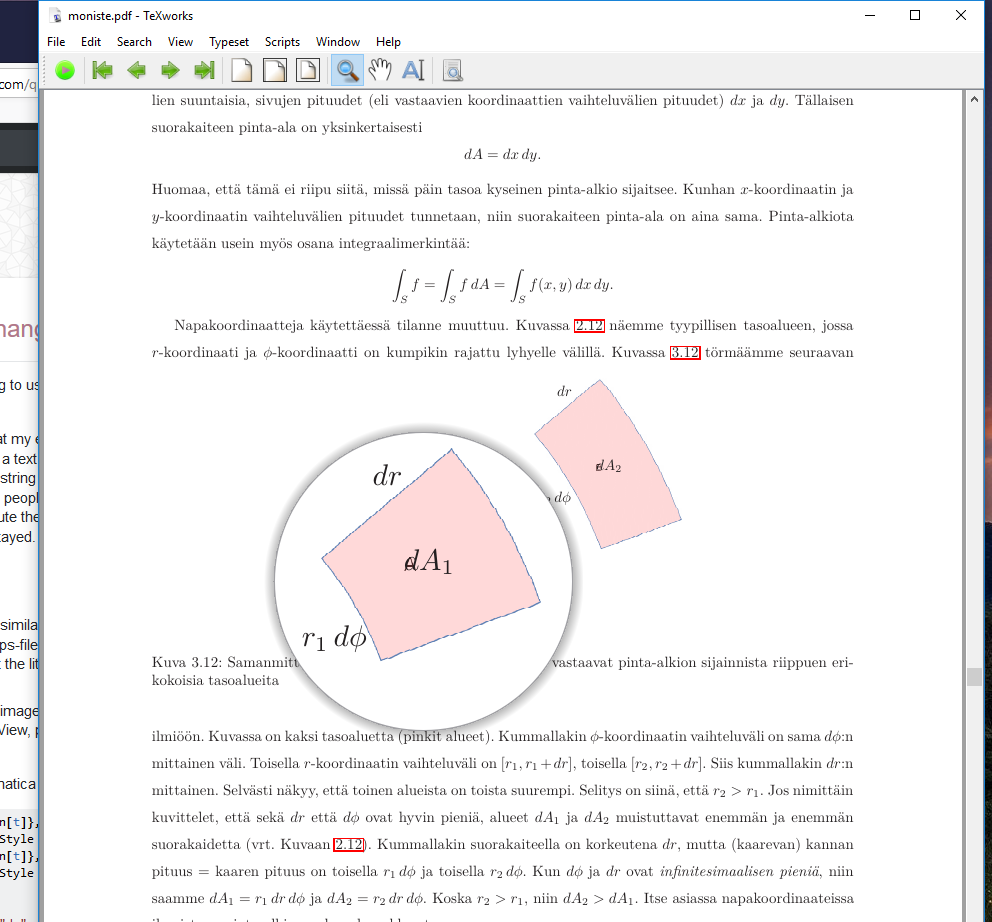 after psfrag has done its magic. See the ghost "A" showing through in the part shown through TeXWorks magnifying glass.

Currently my best attempt is to make Mathematica print those pieces of text using white characters!! When drawn in white the "doubled" graphical outline of the letters won't show. It is still a mystery to me as to why this problem is present only with those pieces of text on colored background, and why it does not apply to all of them. I suspect this is part of the reason - Wolfram made some changes when "up"grading from version 9.

It seems "clear" to me that this problem is due to Wolfram trying to "fix" something that was not broken :-(

Just for the fun of it here is a drawing of this in tikz. I was mainly done by tracing your EPS. 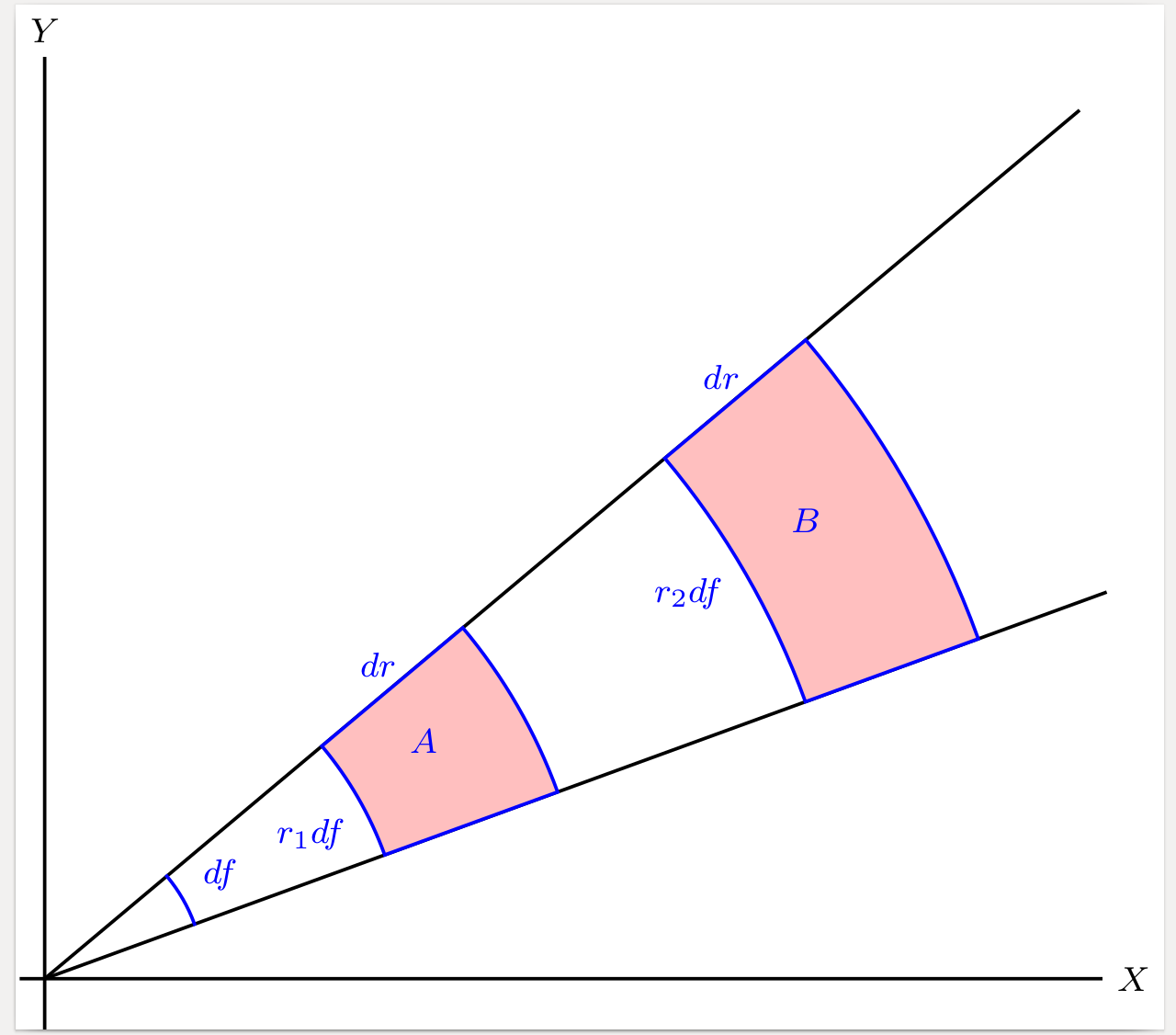 Not the answer you're looking for? Browse other questions tagged psfrag or ask your own question.

0
Psfrag does not replace the tag more than one symbol

1
correcting label placement with psfrag
3
Using Times New Roman in eps images with psfrag
5
Is there a way to change styles in imported EPS files?
7
Psfrag or comparable tagging method with XeTeX
5
Export eps figures modified by psfrag
3
Using psfrag with LaTeX counters (insert counter number directly in eps figure)?
4
Why does my Mathematica figure not work with PSFrag?
0
How to use \psfrag with Simulink?
1
Why won't psfrag replace string in certain eps files (from MestreNova)?