Wrap an image to the right of the text

I want to wrap the image with the texts at the right. The way it now appears is below the text. Any help is much appreciated.

Inserting images near list environment doesn't work well with the usual packages (wrapfig, floatflt). Here is a solution with the plain TeX macro package insbox, combined with enumitem, more powerful than enumerate. In particular, you can set the right margin of a list, and stop a list, then resume it, continuing the counter from the value for the previous list, with a different right margin (and changing other parameters if you wish). 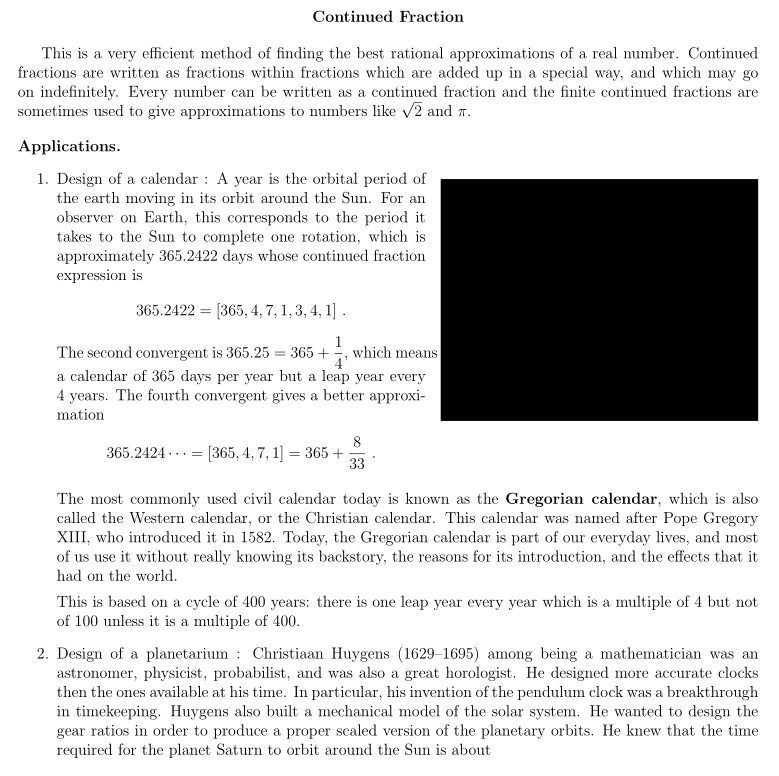 Not the answer you're looking for? Browse other questions tagged graphics wrap text or ask your own question.

21
Text wrap with shapepar (insert image between text)
50
How to text-wrap an image in LaTeX
3
Wrap non-English text in the table cell
1
Another way to wrap text around an image, including headings
1
How to wrap text using \boxed?
2
Latex Image left and text right and down