Macros running within cells of tikzcd, but to be (partially) executed later

The \arrow functionality in tikz-cd is placed in a given cell, and uses the position of that cell, although execution of the code itself (if I'm understanding correctly) is deferred until after the matrix component has finished plotting.

I have several functions that I'd like to achieve the same with. At the moment, they're macros that I call within the 'execute at end picture' key for tikzcd, and I pass the relevant cell parameters as arguments. For example, \slice{col}{title} puts a dashed line between columns col and col+1 with a title above the dash. I'd like to be able to put the `slice` command in a cell of the matrix instead of in the key, and to be able to use the column of the cell it's placed in to determine the first parameter (reducing the number of arguments, making a big difference to usability). I'm getting very jumbled with how to get things to evaluate at the right times, and would appreciate some help

I've been trying to work through some of the code for the tikz-cd package, but I get lost very quickly with all the @ symbols, \expandafters and \noexpands, although I have understood that I probably want to attach my commands to \tikzcd@savedpaths, and have found this answer quite illuminating.

As a partial step, to get my head around this, I decided to try and write a new macro using the existing \arrow command which, instead of a d syntax for indicating a downward step, uses a numerical step, and wants to calculate the name of the target cell. If I just use the name of the target cell as the node text, it appears correctly, but is I use it as the argument for \arrow, it (presumably) gets evaluated after the matrix is drawn so the current row and column evaluate as the last row and column, and all placement is done relative to that. To be clear, I do not want a solution that just looks at the number in the argument and calls \arrow, repeating d that number of times in the argument. 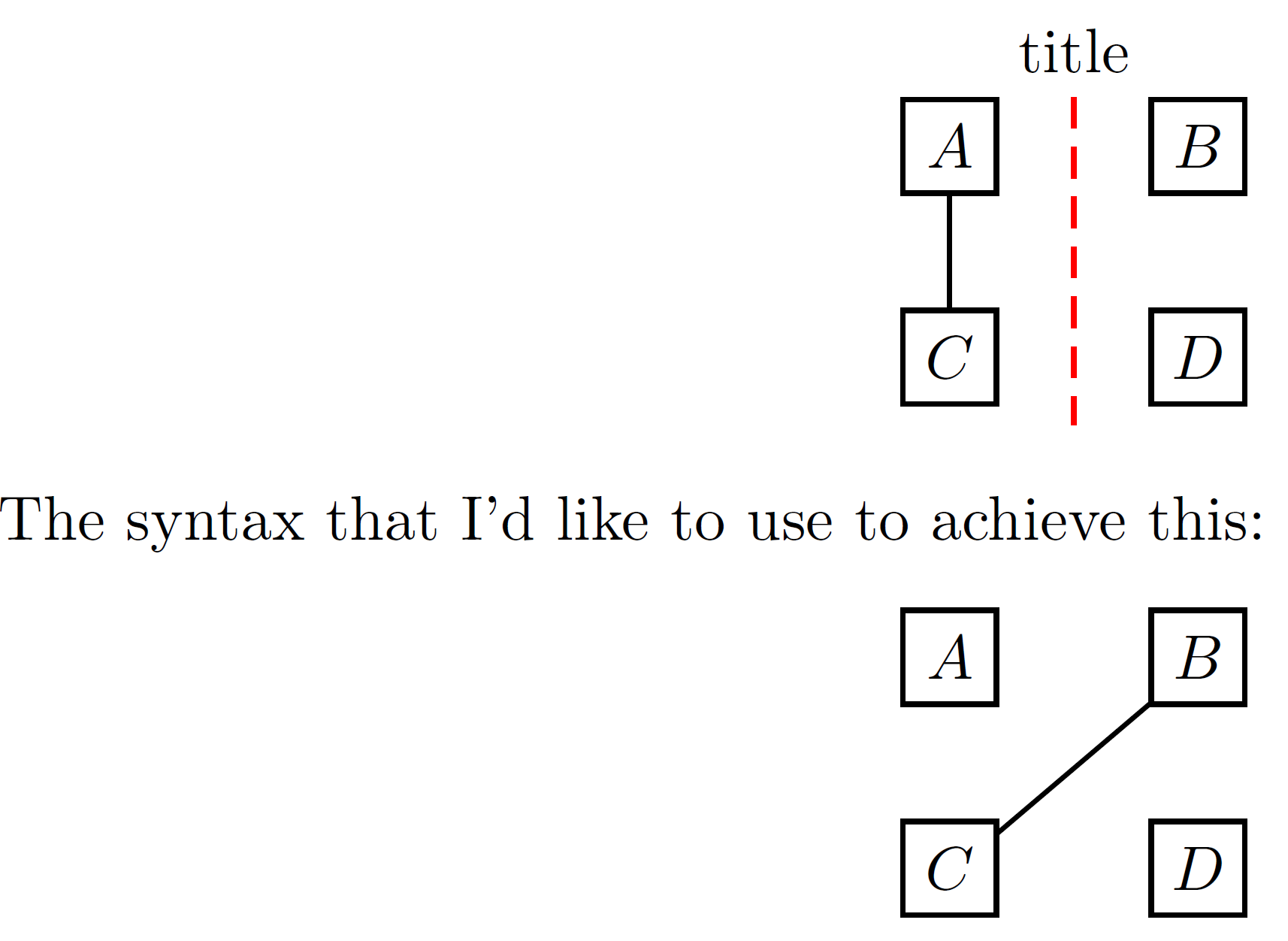 As @marmot suggested, the way to make the slicer work is to add the command to the \tikzcd@savedpaths macro. One then just has to get a bunch of \expandafter commands to make sure that you have evaluated the current column before adding it to the macro.

Incidentally, this way of doing this gives you lots of possibilities for implementing ideas such as multi-row and/or multicolumns in a tikz matrix.

Not the answer you're looking for? Browse other questions tagged tikz-pgf tikz-cd or ask your own question.

20
How to define the default vertical distance between nodes?
8
How to dynamically name and store macros/variables in \foreach in TikZ for later use?
6
TikZ/ERD: node (=Entity) label on the inside
3
TikZ nodes in pgfplots saved for later use, but locations mismatch
3
Using user defined commands within Tikzcd
5
tikzcd diagram within an array
3
New shape format of a singe node in tikzcd (rewrite cells option)
3
Manually placing cells in tikzcd
3
Document header with tikz
2
Tikzcd: Filling node with image pattern fails if I apply it on all cells at once