The scope of a node name

From the very first example of a matrix presented in the "Matrix Library" section 57.1 of the TikZ & PGF manual, I expected the following to result in an arrow connecting the "Signatures" cell to the "Transition" cell in the picture.

This results in the errors:

On the other hand, if I replace the \draw command with

I get exactly the arrow I would expect.

Given that the name "m" is known, it is not clear to me why derived names, "m-1-1", "m-2-1", etc. would not be. This is especially the case given the above cited example from the manual. Apart from getting some insight as to why I am unable to reference the "unknown" shape names, I would like to understand the rules regarding the introduction of names and the scopes within which they are available to reference.

There are two types of matrices floating around in TikZ: matrix of nodes and matrix. You are mixing those. If you use matrix of nodes, you do not have to put the \node commands, and the nodes get automatically labeled. If you do a plain matrix, you can keep your node commands but you need to name the nodes yourself. I use both types of matrices in the following code.

edit: sorry i had some problems with uploading correct version of code ... now should be ok

a slightly modified second example in the nice marmot answer. by use of the stackengine package it gives the similar result as his first example: 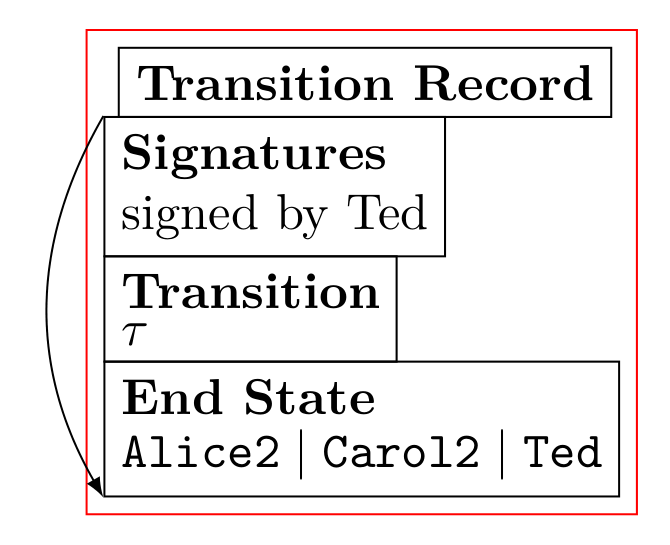 7
Aligning TikZ trees with other nodes
5
Computing the rectangle encompassing a node and a point
2
Bending of edges
3
Adjusting edge alignment and positioning of fitted node
8
tikz and \pgfdeclareshape why the text is not at the center anchor?
2
Tikz-qtree : graphs in the nodes
2
Using fit with nodeparts
5
Tikz arrows not showing correctly
0
TikZ - vary node positioning depending on shape size / anchors