Typically when drawing a 3D figure on paper (or a black/white board), a mathematician draws the z-axis to point due north on the page, the y-axis to point due east, and the x-axis to point due southwest (as if coming out of the page). And then the 3D objects are drawn on that; e.g., when a sphere is drawn on those axes, it looks head-on like a circle, without distortion, so that its cross-section in the yz-plane is a perfect circle.

In the answer https://tex.stackexchange.com/a/447401/13492 by @Max to my question Draw lower (southern) hemisphere and great semicircle with "mathematician's" axes orientation, he shows how to create a 3d set of axes that look like that, using a Cabinet projection.

However, when the Cabinet projection is applied to a sphere, it distorts the sphere's shape, as he shows.

Is there a way to create with TikZ a 3D drawing that does draw the axes as I've described, but does not distort solid object such as a sphere?

No, TikZ cannot do that. However, that's not the fault of TikZ. 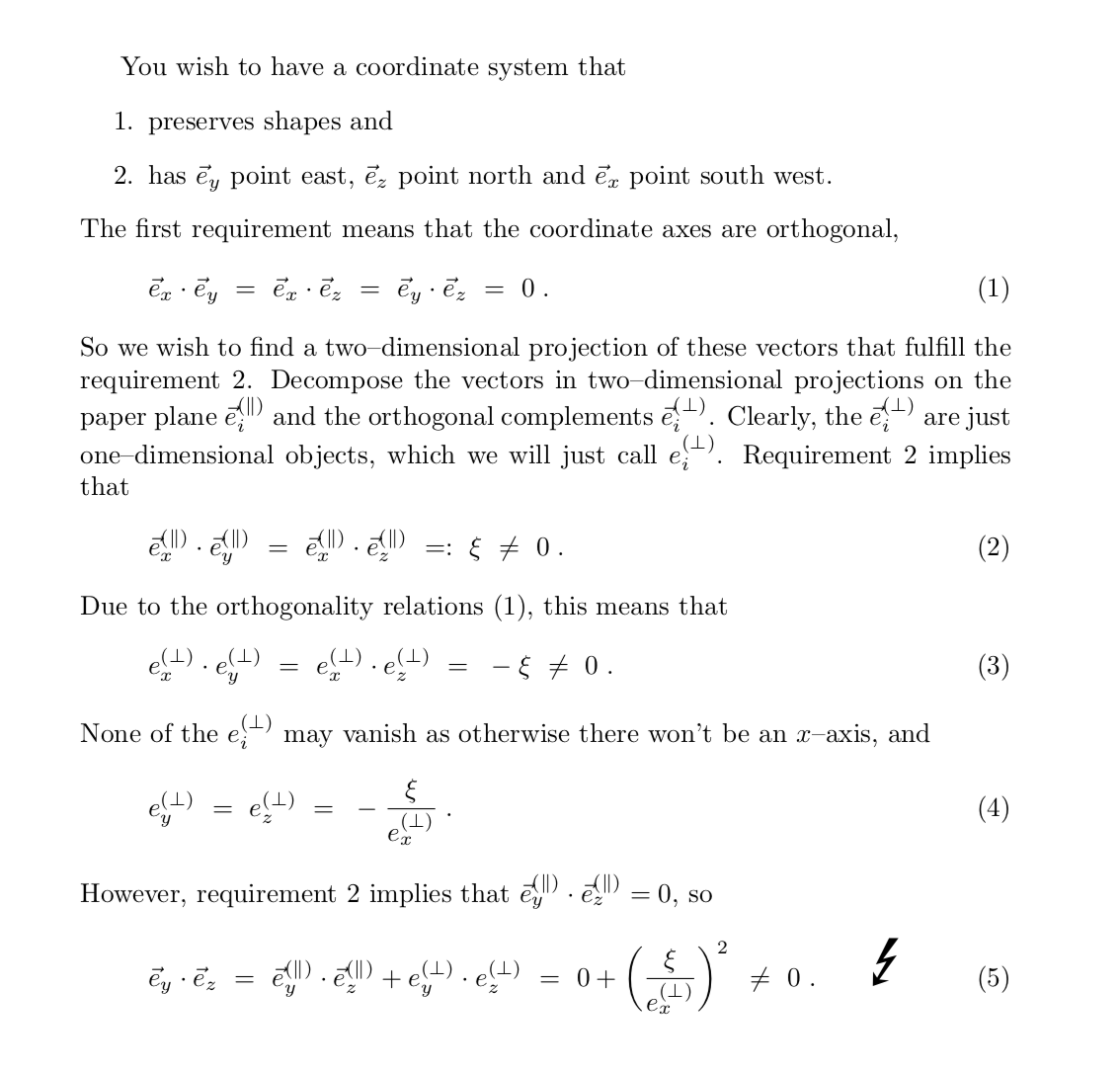 1
tikz-3dplot: How to get a coordinate system with costum axes?
25
Aligning a text in 3d diagram
5
Draw lower (southern) hemisphere and great semicircle with "mathematician's" axes orientation
3
Perspectives in 3D graphics with tikz: practical application
0
A distribution of clocks in different rulers in a 3D plane
2
Drawing a cylinder in 3D coordinates

27
Draw a prism in TikZ or PSTricks
6
Stereographic Projections
7
Draw sphere pgfplots with axis at center
5
The intersection of a sphere with planes through an axis tangent to the north pole
1
Displaying two graphs adjacent to each other with their x-axes aligned (Version 2)
1
How to draw a vector in a 3D space
5
Draw lower (southern) hemisphere and great semicircle with "mathematician's" axes orientation
2
TikZ: create break in arc behind diameter?
2
Using node or draw circle in tikz-3dplot
2
Drawing a sphere in Tikz using 3d library