The first version works, the commented-out second version doesn't (although I think it would be more elegant). What are the rules for what is allowed and what is not when using the foreach path operation? The manual is rather brief at that point.

Every foreach statement has to not finish in "--". This is because for some reason tikz uses every of it's foreach speps as a finished statement (in this case).

So, you would not write:

because the result would not be good for the compiler and you don't know what you expecting as an output.

The next code demonstrates and almost proves the above: 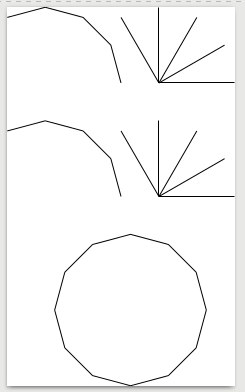 If you see the right pictures, they came of the problematic kind of code that in one case just draws lines finishing in -- and in other case (still left but down) came from the loop ending any of it's statements in --. But the resulting (that of course came with errors in compilation) image is the same like the result of:

The solution is just to close every statement's --

I've read a bit more, trying to find an explanation in the manual. (I'm referring to version 3.0.1a.)

If you look at the detailed descriptions of the individual operations in chapter 14, you'll see that the syntax always mandates a coordinate at the end. For example, the syntax for the line-to operation is given as --(coordinate or cycle) and in the tutorial section (2.3) it is also said the "-- [...] must be followed by another coordinate". However, the move-to operation is also a valid operation and has the syntax (coordinate).

Later in chapter 83 it says: "TikZ allows you to use foreach [...] inside a path construction. In such a case, the commands must be path construction commands." I think the word commands is a bit misleading here because it is used with a different meaning in other parts of the manual. I guess what is meant here is that the repeated parts inside the curly brackets must be "stand-alone" path operations. This would explain why, say, both -- (\x,\y) and (\x,\y) are OK while (\x,\y) -- isn't.

Anyway, while the TikZ manual is otherwise of super-high quality, I think this tiny part could be a bit more detailed. Also, if I've counted correctly, there are only two examples for foreach inside of path constructions on more than 1,100 pages. A simple example like "this will work and this won't" would probably help.

[This is essentially what @koleygr said, but I wanted to find a clear explanation for this behavior in the manual.]

DISCLAIMER: This is not an answer. Actually, I would be really interested in an answer that explains why that happens.

I quickly glanced through tikz.code.tex and found the comment

Comment by TT: I hope I fixed the \tikz \foreach problem. The new version will take a conservative approach and will only do fancy stuff when the next keyword after \tikz is one of the following: \draw, \fill, \filldraw, \graph, \matrix,

I agree that this does not tell us why the second code example does not work, but one message which one may, or may not, take from this is that foreach is tricky. The reason why I do not agree with koleygr's answer, or the way I read it, is that IMHO it does not explain why this happens, and, what is IMHO even a bit more worrisome, suggests that you need to have a complete path in the second argument of foreach. Of course, since I do not really understand what's going on in detail, I may very well be wrong. Nevertheless I'd like to present a short snippet that does sort of what is intended in the second, nonworking foreach loop. It is a foreach loop that is not too elegant but works. 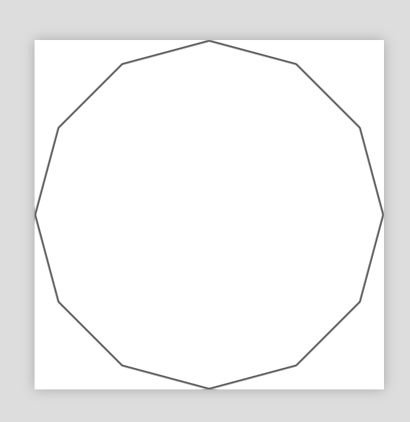 It is instructive to compare this to the following nonworking example.

One would expect that this works, but it doesn't. According to how I read koleygr's answer, the first code should not work either, but it does. (Those who may want to object that \foreach is not foreach: the pgfmanual states in section 14.14: "For historical reasons, you can also write \foreach instead of foreach.")

BOTTOMLINE: I do not really have a simple message other than this is tricky and it might well be that in the future there might be a foreach version that works with the syntax.

Not the answer you're looking for? Browse other questions tagged tikz-pgf foreach or ask your own question.

6
Why can't I apply this decoration to a curve produced using the "to" path operation?
8
drawing path in foreach loop with pgfsetmacro
18
TikZ: Drawing an arc from an intersection to an intersection
9
Telling TikZ to continue the previously-drawn path with a line-to operation?
12
Drawing rectilinear curves in Tikz, aka an Etch-a-Sketch drawing
9
Line up nested tikz enviroments or how to get rid of them
3
Tikz: order of execution of child options when foreach operation is present
3
How to draw a square and its diagonals with arrows?
1
How do I change the radius of circle in a node in tikz style?