My objective is to put a tcolorbox around one or more AMS multline environment(s). However, there is extra space above the first equation. Presumably I'm running into an issue like this.

I have not found a solution that addresses this situation directly (most seem to address align in tcolorboxes such as this). One solution addresses it indirectly here and if I use -6pt I can get somewhat even vertical alignment. I couldn't find a good way to set this via variable (e.g., \baselineskip).

I have also experimented with empheq but could not get it to behave in the desired way.

A MWE is shown below; my real equation is quite complicated and requires a multline (I'd much rather not try to use an alternative environment because of the amount of equation number management I would need to do in my write up).

I want to emphasize the equations I put inside the box relative to the progression leading up to them and those that follow. So, I want the tcolorbox to respect the typical intra- and inter-paragraph line spacing and not act as an equation but then within the tcolorbox to have even vertical alignment.

I was testing the \useshortskip command from nccmath, and noticed that simply loading the package seems to solve the problem:

You could use the key ams nodisplayskip: 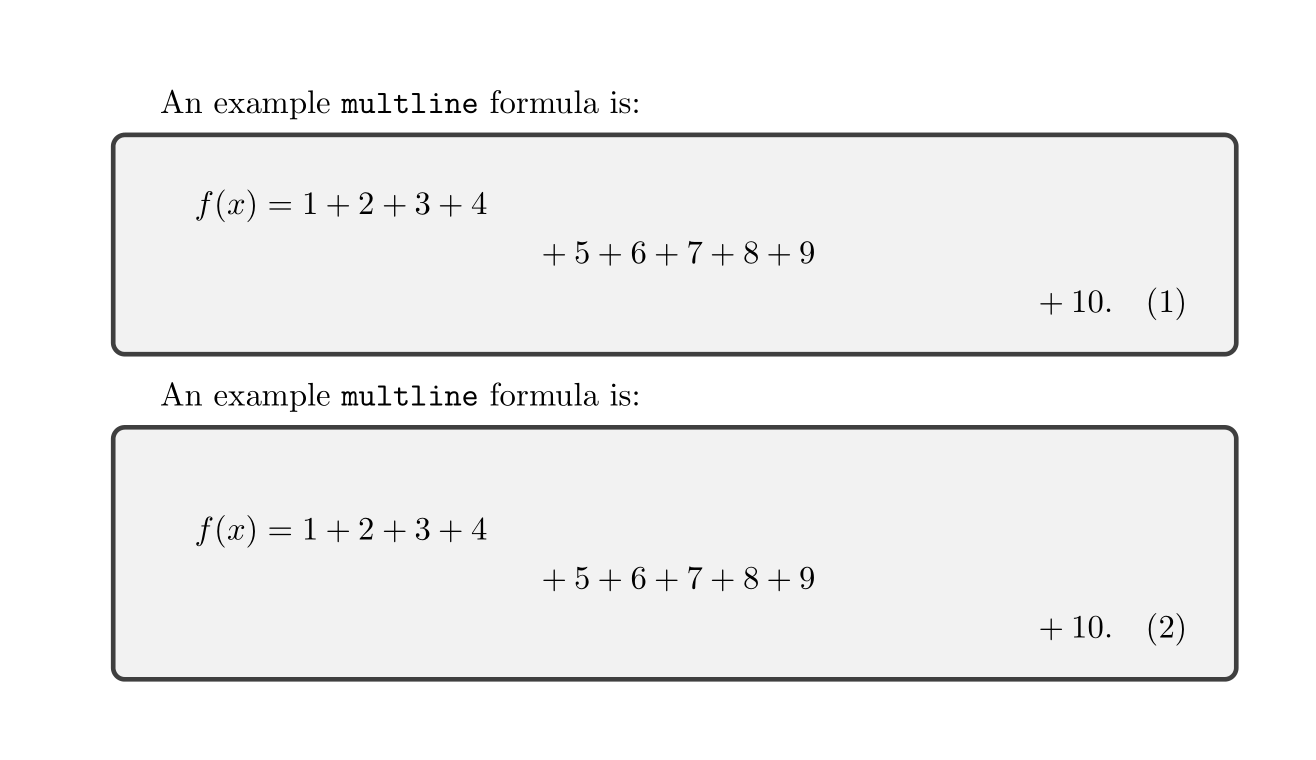 In order to empirically determine the needed correction (expecting it to remain applicable of course for other multline things), I used the device of a millimeter grid. Roughly, one needs -6mm to recover the same vertical spacing as in absence of tcolorbox. I understand from OP this is still too much, then one only needs to increase the 6mm. 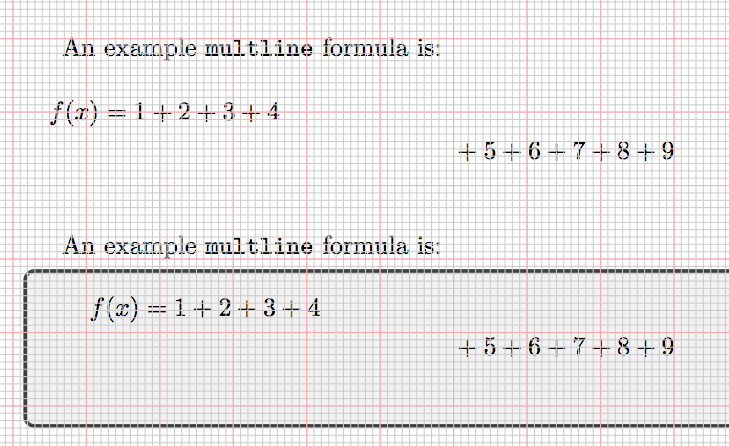 In both cases the distance between baseline above and bottom of x in f(x) appears to be a bit less than 9mm. One could also examine log output of \showoutput... to be more precise.

Not the answer you're looking for? Browse other questions tagged amsmath tcolorbox multline or ask your own question.

5
Graph paper as an underlay
4
Equations in tcolorbox. Vertical alignment
2
Too much space above align-environment if very little text prior to it
2
How to align multiple equation using tcolorbox in latex enviroment for Rmarkdown