How can I create a pdf document exactly as big as my tikz picture?

I often create pictures in tikz that I want to either send to someone, or include in an email. The problem with that is that there is a big white space around and and especially below my pictures.

To get around this, I usually print screen my figure and crop it to get the size I want. Another solution is to use beamer and then scaling to make the figure as big as the slide size. Those two solutions, though, are not all that good. What I would really like is a way to get the pdf file to be just as big as my picture, as if it was cropped from start.

Is there a package to do that?

TikZ can do that itself. Have a look at section 63 of the TikZ documentation: “Externalizing graphics.”

This describes how all TikZ graphics in a given document can be pre-processed to speed the actual processing of a document. This results in one PDF file per TikZ graphic.

This is the (shortened) example document:

The following command produces the image file survey-f1.pdf from the above document, cropped to just the TikZ picture:

The package standalone does just that. It is a new package (released this year, I think) which will produce a document exactly as big as your figure (and you can use this for text or other things as well). Here is how you would set up your document

If you do that, then you will be able to compile this directly to get a .pdf document exactly as big as the figure, which can then be included in emails, word documents, or even as a picture in another .tex document using the \includegraphics{} command.

The best thing about this is that it can also be included in a .tex document (e.g. article, beamer, etc.) as a .tex file using the \input{} command without having to change anything in the .tex document above. The main thing is to include the package standalone in your preamble (i.e. before \begin{document}) together with any packages you used in the above code, which in my example would be:

and then where you want the picture to go put, for example:

where mytikzfig.tex is the .tex document with your tikz picture using the standalone package.

You can see this solution given in an answer to an StackOverflow question.

For a single TikZ picture, you can also use the preview package

Make sure that there's nothing extra on the page (page numbers, for example, using \thispagestyle{empty}) and then use the command pdfcrop which is included in TeXLive. (It's a perl script).

That's what I used to make this picture for this answer on MathOverflow: 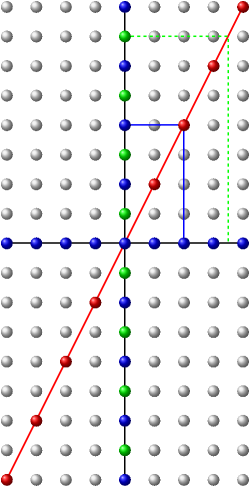 Since Konrad's answer didn't work for me and my version of pgf I took a look at the manual and came up with the following solution from the manual:

The following command will generate the figures:

Not the answer you're looking for? Browse other questions tagged tikz-pgf paper-size or ask your own question.

464
What are the available "documentclass" types and their uses?
50
TikZ to non-PDF
15
How does TiKZ calculate positioning of picture on page?
7
Figures in Latex: TikZ vs. eps
12
Can I make the page as big as my picture?
5
Generate pdf document consisting in just one figure
5
Save tikz picture to disk
3
How to make the margins relative to the actual content rather than the baseline?
1
How can I create PDF & EPS exactly as big as my PSTricks picture but without using pdfcrop?
2
How to crop my page to the size of tikz graph
See more linked questions

12
Can I make the page as big as my picture?
1
How can I create PDF & EPS exactly as big as my PSTricks picture but without using pdfcrop?
11
How can I use the layout and twoside options of the geometry package?
8
Crop package in a document with TikZ graphics
5
How can I add a big arrow?
3
Keepaspectratio option for tikz picture
4
Scale parts of a tikz picture
3
How to crop frame in Beamer?
2
Modification of text height in a beamer slide