Can somebody tell me where I am going wrong here?

I am trying to write a CV. I have no previous experience of using latex.

This is my .cls file that I have written:

This is my .tex file:

When I compile the .tex file, the first page of the output pdf comes out blank. 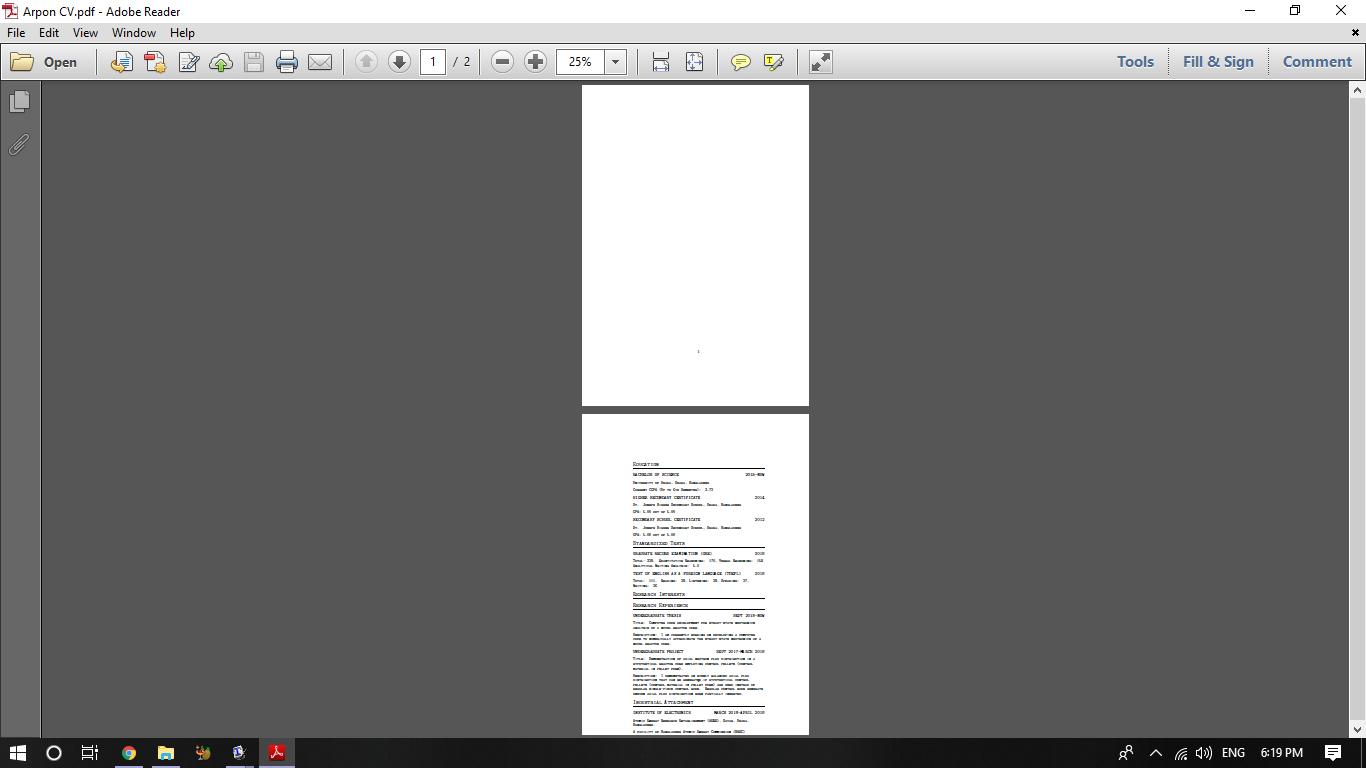 The Header "Education" starts from the second page. And nothing below the "Industrial Attachment" section is printed. All the sections after that is just lost. 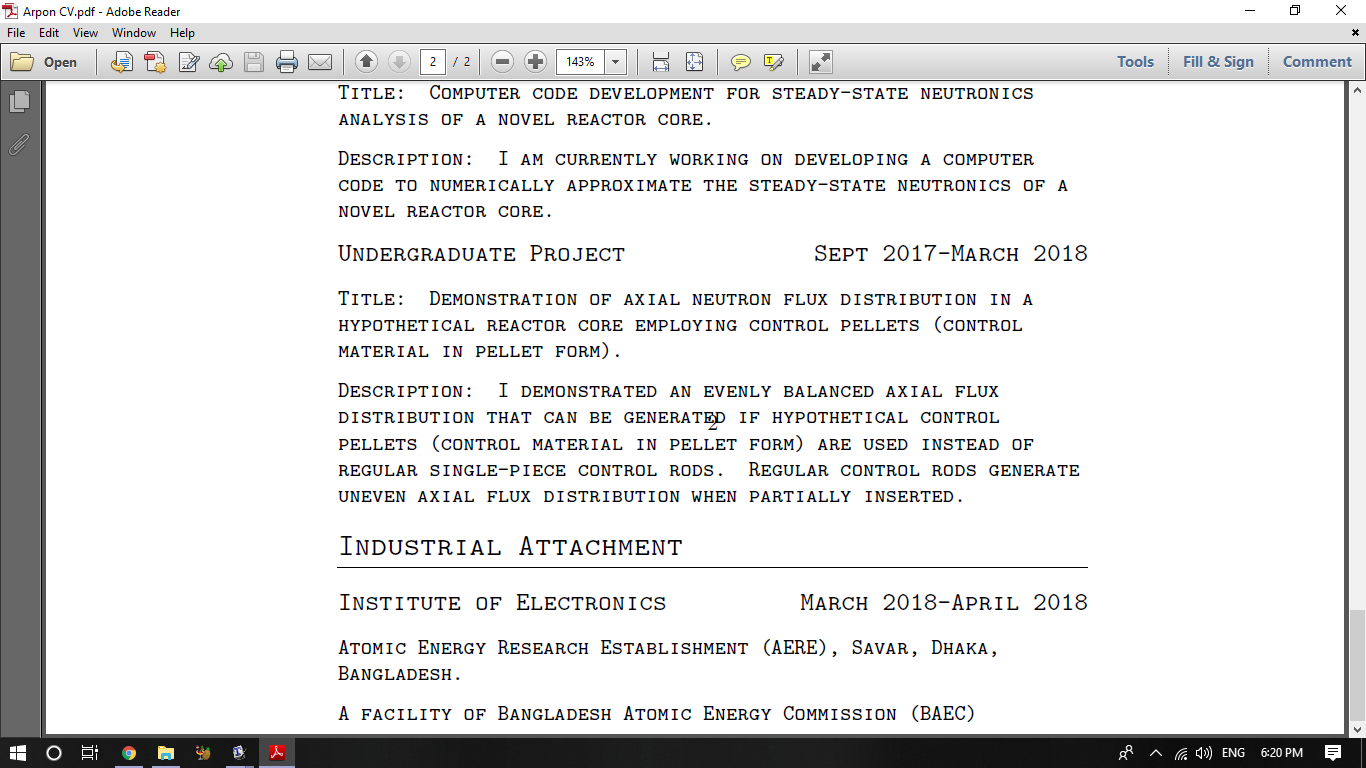 What am I doing wrong here?

I would not define the parts of your resume/cv upon the various sectioning commands. I would just create what you want from scratch. There's a lot going on in the sectioning commands that you really don't need here, and part of this is what's creating issues for you.

which results in output such as: 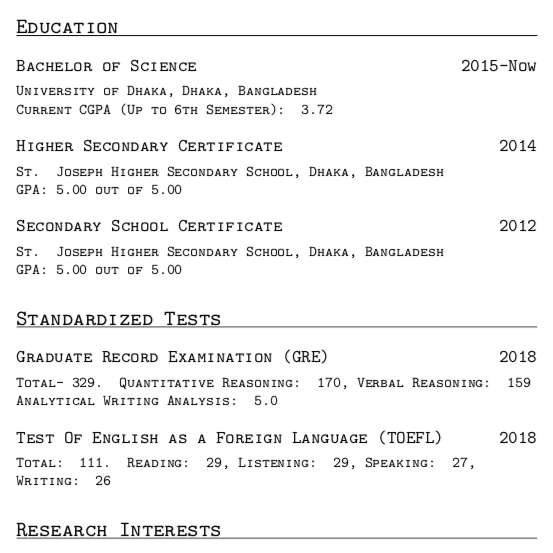 It's not altogether identical to your output, but very similar.

Using \addvspace has the pleasant effect that it only inserts the largest of multiple vertical space being added.

I'd recommend defining a titling and description command of some sort. Something along the lines of:

which produces this appearance:

There are a couple of things I'm doing here which might be of interest. For one, \columnwidth and \textwidth are not necessarily the same. Generally, I feel \columnwidth is safer if you have a document that might have multple columns, for example. Note, I did use \textwidth for the section header \datedsection.

Next, I used a \parbox to get a particular effect to show off the title. You may or may not like this style. If you want to keep it though, then it's useful to understand what's going on with \prevdepth. Essentially, I'm correcting how LaTeX takes into account the depth of the minipage or \parbox. See egreg's answer to How to keep a constant baselineskip when using minipages (or \parboxes)? which nicely explains this trick I'm using.

Finally, I'm not so sure of the wisdom of bludgeoning your reader with so much capitalization.

Not the answer you're looking for? Browse other questions tagged sectioning formatting documentclass-writing or ask your own question.