Unable to use \texit in \caption

I am trying to italicize species names in a caption:

However, it doesn't seem to work:

\texttt is clearly working, so why isn't \textit?

If it is of any help, I am using bioinfo.cls for the journal Bioinformatics.

The issue is due to a typo in bioinfo.cls which has

which points to a non existent phb family, instead of the correct

You solve the issue by doing

With the change applied to the sample file and the caption copied from your question, I get the expected result (with the caption in sans serif type). 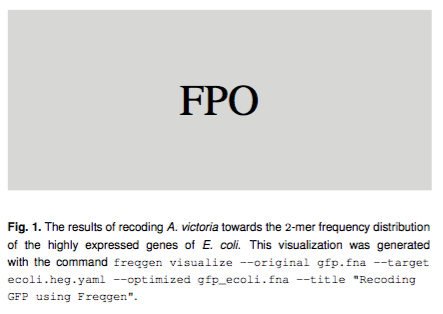 Actually, the family phb is defined in Karl Berry’s scheme, but it points to the Hobo font, which is quite unlikely used by a scientific journal for its captions. This is the reason why I suspect that bioinfo.cls has just a typo, because phv points instead to the commonly used Helvetica font.

Not the answer you're looking for? Browse other questions tagged captions templates italic or ask your own question.