I am aiming to produce the following diagram: 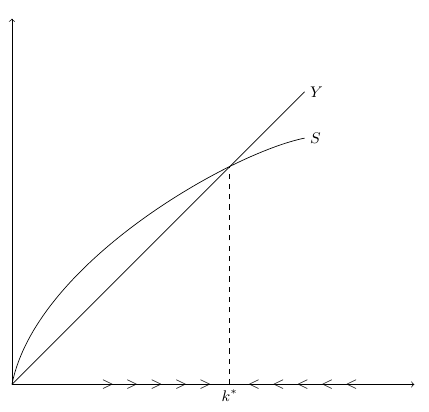 Here's an MWE which almost does that:

This MWE produces this output: 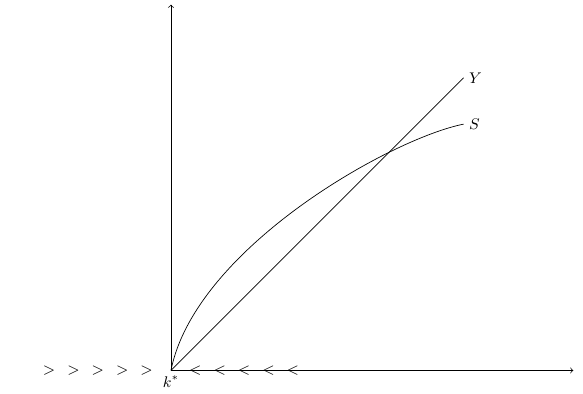 I actually know why it is going wrong. The lines Y and S have two intersections - one at the origin, and one higher up (the one I actually want to work with). My code which specifies the coordinates of I1 is:

and this takes the first intersection at (0,0), which is why the output is as you see.

However, despite knowing the problem, I don't know how to fix it.

How do I modify that code to get the second intersection instead?

There is a 'cheat' which can be used to solve the problem. Simply change the initial coordinates of the Y line from (0,0) to (0.001, 0). This removes the first intersection with no visible effects. However, I'd still like to know how to solve it robustly.

You can pass a list to the by key, and then the intersections will get named according to the list. You can even sort the intersections along one path, using the sort by key, but this may fail for complex collections of straight lines. 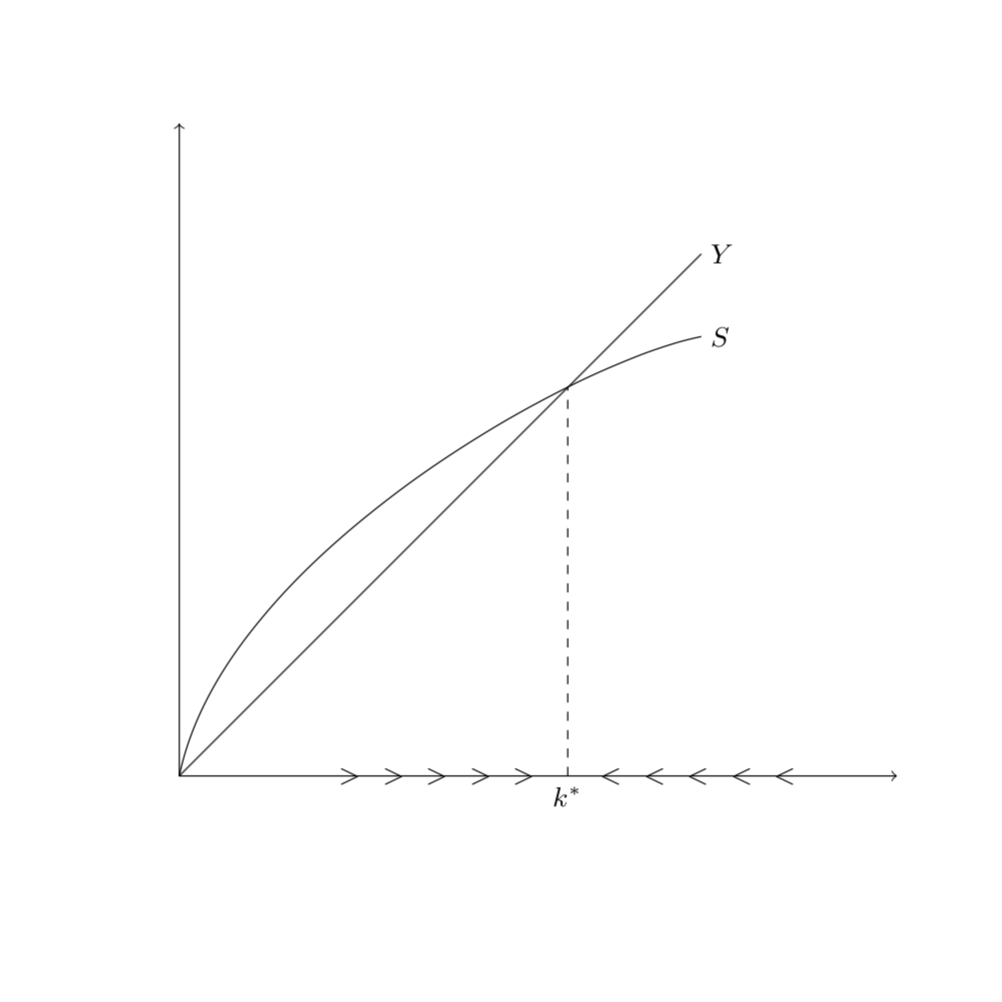 Not the answer you're looking for? Browse other questions tagged tikz-pgf intersections or ask your own question.

18
How does TikZ sort intersections?
2
Tikz - Use two coordinates in single command

17
How to define the default vertical distance between nodes?
5
Calculate the intersection between a path enclosed by a `scope` and another path
16
Numerical conditional within tikz keys?
17
TikZ: Drawing an arc from an intersection to an intersection
9
Line up nested tikz enviroments or how to get rid of them
5
Tikz Nodes do not take absolute coordinate values
7
Visibility of path names declared in \foreach loops
4
Using functions like sine, cosine and tangent to calculate coordinates in Tikz
4
Named paths inside a tikz/pic
3
Arrow between BTrees