How do I specify a font for labelfont in caption?

I would like to set the font for the caption label, not just its series, shape or size, I would like to set the font itself. For example, my document's font is set to be Times New Roman, but I would like the caption label to be in a font that exists in another font family or even under a different font encoding. However, the labelfont option of package caption seem to only allow attributes like normalfont, up, it, sl, sc, md, bf, rm, sf, tt and so on, it would not let me specify a literal font, like Georgia, Helvetica or others.

I am not sure if I have made it clear, please let me know if it is not and I will try to make it clear as possible.

Also, the reason why I am asking this question is, I am typesetting a Chinese document in which the caption label is in Chinese, but in a font I do not like. I am trying to change the font for the caption label to another font for Chinese character.

If you are already using caption package this might be a solution: 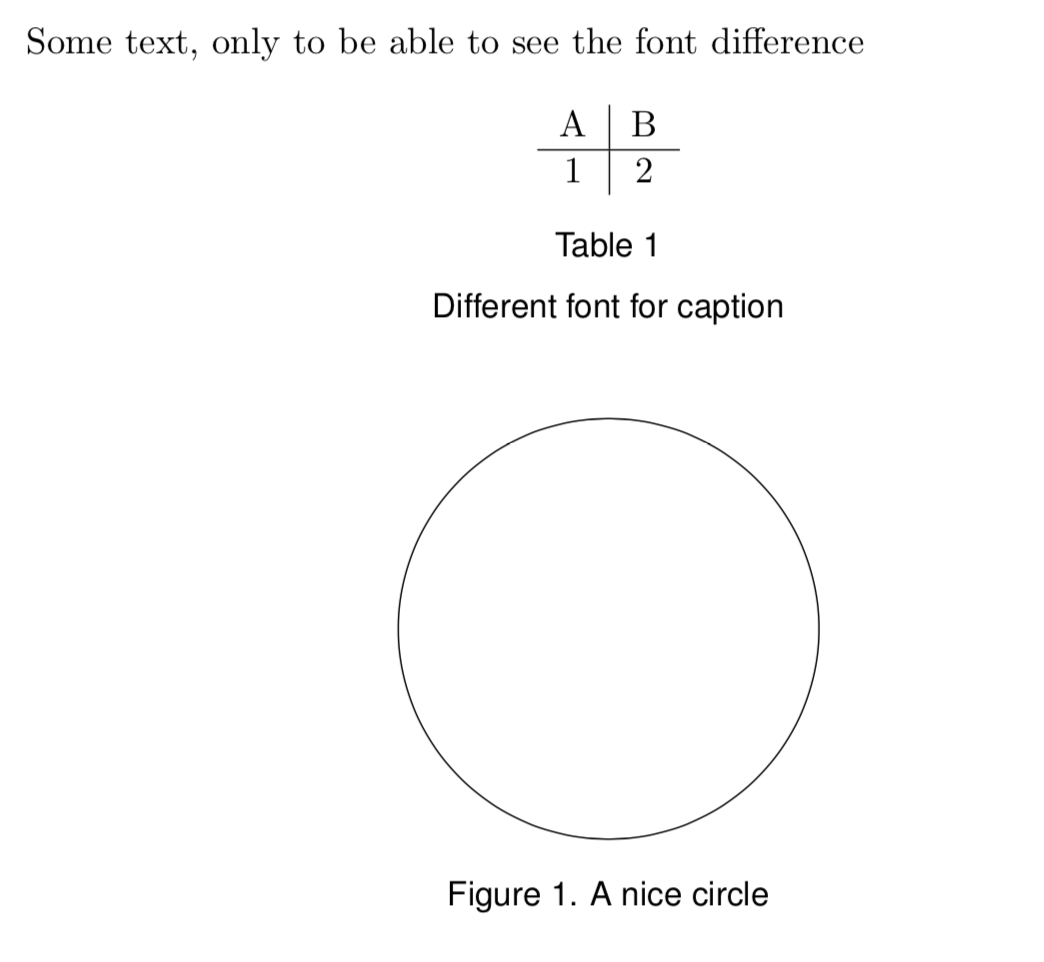 Not the answer you're looking for? Browse other questions tagged fonts captions cjk xecjk or ask your own question.

12
Using MinionPro for the main font and Fontspec for the monospaced font
15
Setting font family for the whole document
3
\labelfont from caption package not working
0
Change font type in tikztimingtable without displacing signals
5
Set the font of the caption in a subfigure to the same of the figure
4
How to set the document font?
1
How do I select a Chinese font for caption label?