What can *I* do to help the LaTeX3 Project

First, I appreciate this may not be the right place for this question, so absolutely no offence if it gets closed.

I'm very much an end-user, rather than a programmer, of LaTeX, and I watch with awe and wonder, and often complete bewilderment, as, bit by bit, more LaTeX3 questions or answers flow by here in TeX.SX. But always with the thoughts "I wish I could do that" and "I'd love to help, but...".

As I have tried to explain in answer to the question "LaTeX3 versus pure lua" my vision of LaTeX3 is really a system with multiple layers that provide interfaces for different kind of roles. These layers are 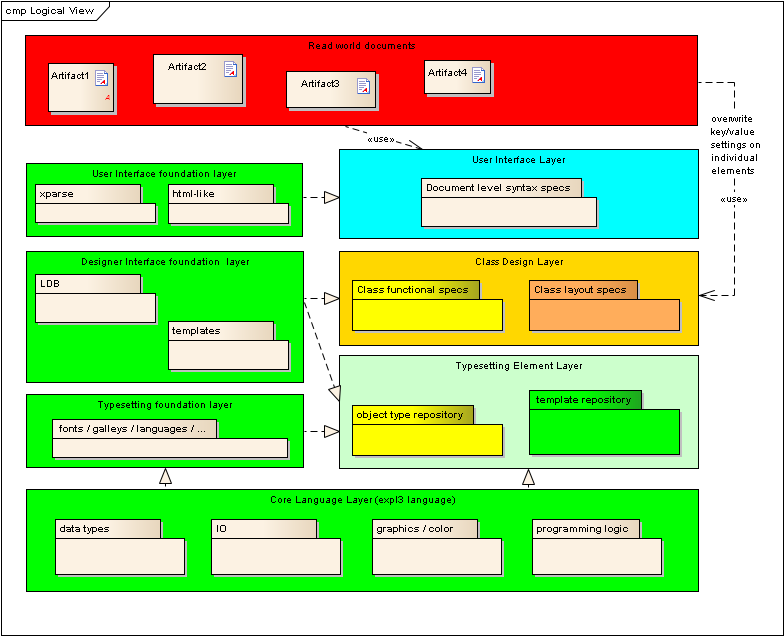 If you look at it from the perspective of user roles then there are at least three or four roles that you can clearly distinguish:

As a consequence the LaTeX3 Project needs different kind of help depending on what layer or role we are looking at. 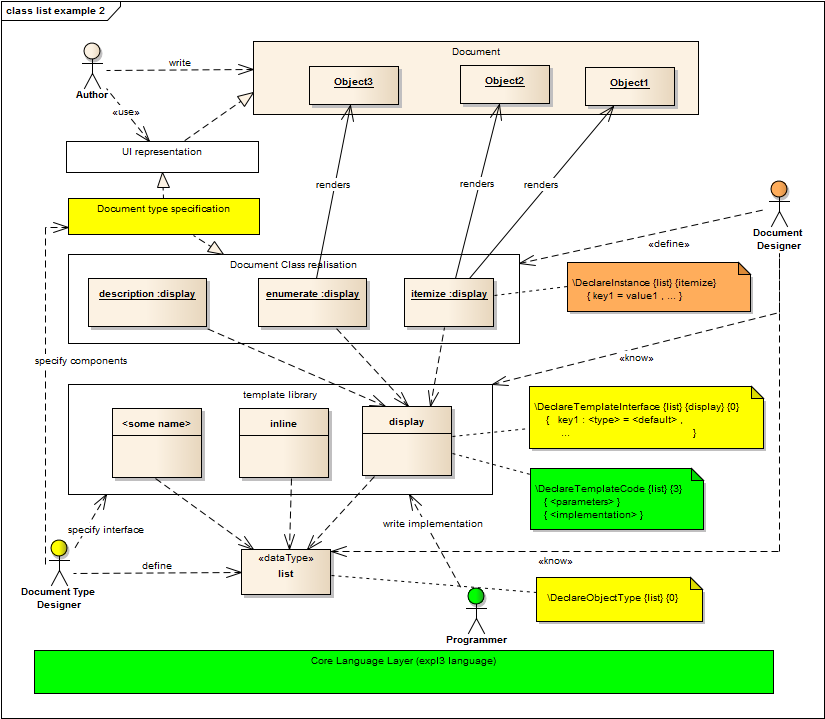 The "Author" is using, say, list structures by specifying something like \begin{itemize} \item in his documents. Or perhaps by writing <ul> ...</ul> or whatever the UI representation offers to him.

The "Document Type Designer" defines what kind of abstract document elements are available, and what attributes or arguments those elements provide at the author level. E.g., he may specify that a certain class of documents provides the display lists "enumerate", "itemize" and "description".

The "Programmer" on the other hand implements templates (that offer customizations) for such document elements, e.g., for display lists. What kind of customization possibilities should be provided by the "Programmer" is the domain of the "Document Designer", he drives what kind of flexibility he needs for the design. In most cases the "Document Designer" should be able to simply draw templates (already written) from a template library and only focus on the design, i.e., instantiating the templates with values so that the desired layout for "itemize" lists, etc. is created.

In real life a single person may end up playing more than one role, but it is important to recognise that all of them come with different requirements with respect to interfaces and functionality.

The programm layer consists of a core language layer (called expl3 (EXP erimental L aTeX 3) for historical reasons and now we got stuck with it :-)) and two more components: the "Typesetting foundation layer" that we are currently working on and the "Typesetting Element Layer" that is going to provide customizable objects for the design layer. expl3 is in many parts already fairly complete and usable the other two are under construction.

Help is needed for this layer in

The intention of the design layer is to provide interfaces that allow specifying layout and typography styles in a declarative way. On the implementation side there are a number of prototype implementations (most notably xtemplate and the recent reimplementation of the ldb). Those need to get unified into a common model which requires some more experimentation and proably also some further thoughts.

But the real importance of this layer is not the implementation of its interfaces but the conceptual view of it: provisioning a rich declarative method (or methods) to describe design and layout. I.e., enabling a designer to think not in programs but in visual representations and relationships.

So here is the big area where people can help that do not feel they want or can program TeX's bowls. What would be extremely helpful (and in fact not just for LaTeX3) would be

I believe that this is a huge task (but rewarding in itself) and already the first part of collecting existing design specifications will be a major undertaking and will need coordination and probably a lot of work. But it will be a huge asset to test any implementation and interfaces for this layer later on.

If we get the separation done correctly, then this layer should effectively offer nothing more than a front end for parsing the document syntax and transforming it into an internal standarized form. This means that on this layer one should not see any (or not much) coding or computation.

It is envisioned that alternative document syntax models can be provided. At the moment we have a draft solution, the xparse package which offers a document syntax in the style of LaTeX2e, that is with *-forms, optional arguments in brackets, etc. but with a few more bells and whistles such as a more generalized concept of default values, support for addition delimiters for arguments and so on. It is fairly conventional though. In addition when it was written the clear separation of layers wasn't well-defined and so the package also contains components for for conditional programming that I don't any longer think should be there.

Bottom line on what is needed for this layer is to

The two might want need structures (in fact most likely need, as automation works much better with structures that do no have a lot of alternative possibilities ad shortcuts etc) and even if just looking at the human author a lot of open questions need answering. And these answers may or may not be to painfully stick with existing LaTeX2e conventions in all cases (or perhaps with any?).

None of this requires coding or expl3 experience. What it requires is familarity with existing input concepts, a feel for where the pain points are currently and the willingness to think and discuss how alternatives and extensions could look like.

Basically help is possible on any level and it doesn't need to involve programming. Thoughts are sprincled thoughout the article above, but here are a few more high-lights:

The concepts, as well as their implementation, are under discussion on the list LATEX-L. You can join this list, which is intended solely for discussing ideas and concepts for future versions of LaTeX, by sending mail to listserv@URZ.UNI-HEIDELBERG.DE containing the line

Gmane hosts a web interface, including archives, of the LATEX-L list: http://news.gmane.org/group/gmane.comp.tex.latex.latex3. If you are subscribed to LATEX-L as outlined above you can use this web interface to participate in discussions on the list, otherwise you can only read the entries made by others.

The list has only a fairly low traffic right now as actual implementation and development tasks are typically discussed directly between the few active implementors. But this might change if further people join.

The people on the LaTeX3 team are also committed to keep LaTeX2e stable and even while there isn't that much to do these days there is the need to resolve bug reports (if they concern the 2e core), provide new distributions once in a while, etc. All this is work that takes effort or remains undone or incomplete. Thus here too, it helps the LaTeX3 efforts if we get help to free up resources.

Most notably: we recently restarted an effort to get Babel for LaTeX2e back on track and there any help is welcome. If you want to join this effort get in touch with @JavierBezos or myself or contact us on LATEX-L.

Not the answer you're looking for? Browse other questions tagged latex3 contribute or ask your own question.

193
Are there any open research problems in the world of TeX?
189
Why is LaTeX so complicated?
152
LaTeX3 versus pure Lua
39
Will LaTeX3 improve freedom of package ordering and reduce "options clash"?
23
Making a zip macro
16
Should expl3 code be used in packages intended to be compatible with multiple formats?
16
How will the LaTeX3 format look?
13
Footnotes layout in multicols environment
5
Where can I report typographical errors for LaTeX3 documentation?
3
Where's the extra vertical space coming from in my section definition
See more linked questions

36
LaTeX3 -- What is the difference between the modules l3seq and l3clist?
5
Where can I report typographical errors for LaTeX3 documentation?
9
What exactly is latex3/xor?
1
Best-practice project architecture for creating a LaTeX3 package / class
1
What are the recommended replacement for deprecated LaTeX3 macros?
7
Can LaTeX3 clists contain quarks?
6
What is the LaTeX3 project doing to make LaTeX run faster?
6
What is the ">?" LaTeX3 floating point operator