Obviously I could manually count each listings' lines and then manually set the starting line number for each subsequent listing, but I'd prefer a more robust automatic solution. Does anyone know a way to get both behaviors, continuous line numbers AND separate List of Listings entries?

With this marcro from Yiannis Lazarides's cheeky answer, you can get the so-called robustness. That is with different naming, you not only continue the line numbering but also get the listings listed as they appear.

which will give you: 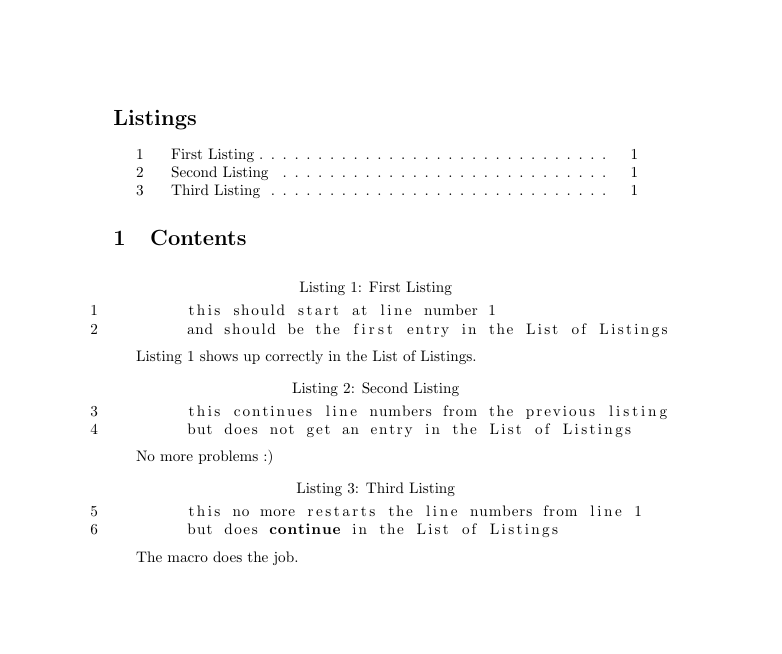 Not the answer you're looking for? Browse other questions tagged listings line-numbering lstlisting or ask your own question.