How can I improve the positoning of border anchors?

I just realized that the positioning of the border anchors doesn't seem very consistent, as you can see in the following picture (those are nodes placed over border anchors of a circular node). 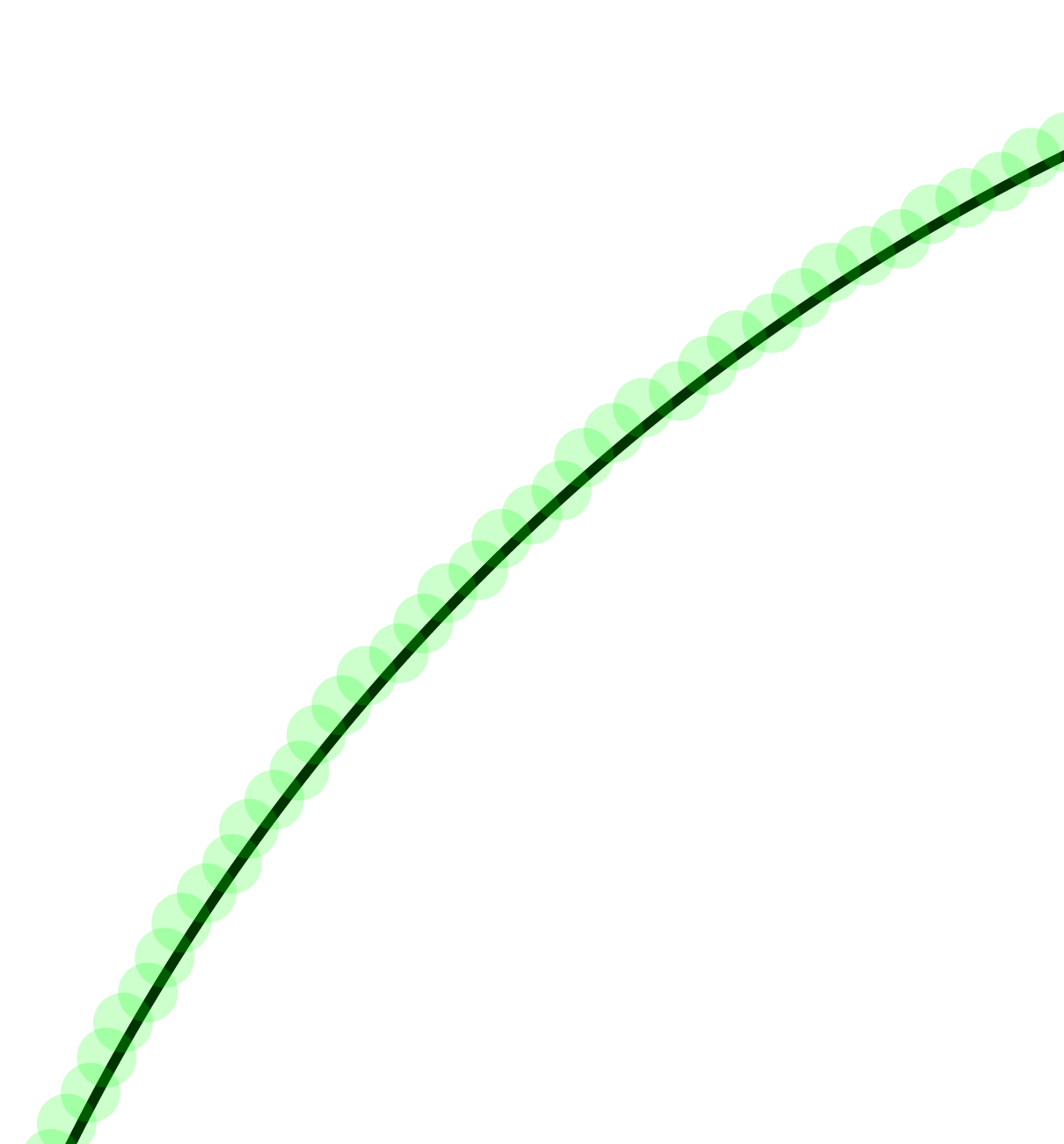 This image was created with something similar to the code below.

Is it possible to improve this situation without using too much of workaround? I would be very happy to understand why it happens.

As I told to @marmot in the comments of his answer, I'm already working around this problem with something similar to what he suggested. The problem is that this slows the compilation badly and the new anchors are not well positioned due to accumulated rounding errors. I tried to clarify my question.

Here is one possibility. (You do not need to use nodes to draw the small circles either).

15
How to Reverse Clip on Custom Path Defined by Ellipse Intersections
10
Why does pgffor estimate that 0.1-0=0.100005 in a \foreach loop?
8
How to build a trail of nodes from a path in tikz-pgf?

27
Accessing the logic values of a TikZ coordinate
8
Using execute at begin node with \phantom and \pgfuseimage in TikZ?
10
Generic point labels in pgfplots
2
different coordinate frames for anchors and backgroundpath in node shapes?
42
How to draw points in TikZ?
3
How can I place a node on another node's border anchor, adjusting so that it is centred on the middle of any line bordering the main node?
1
How can I improve the readability of my graph?
3
How to improve the figure?