Let me start with an MWE which illustrates my question.

The resulting theorem numbers will be

Thank you all in advance.

EDIT: As Andrew noted in his answer, I mistyped the theorem numbers in my question. I have now corrected them to avoid confusion to other users who may be interested in this question.

Rearranging your MWE so that we have an optional section between two sections, this will have output: 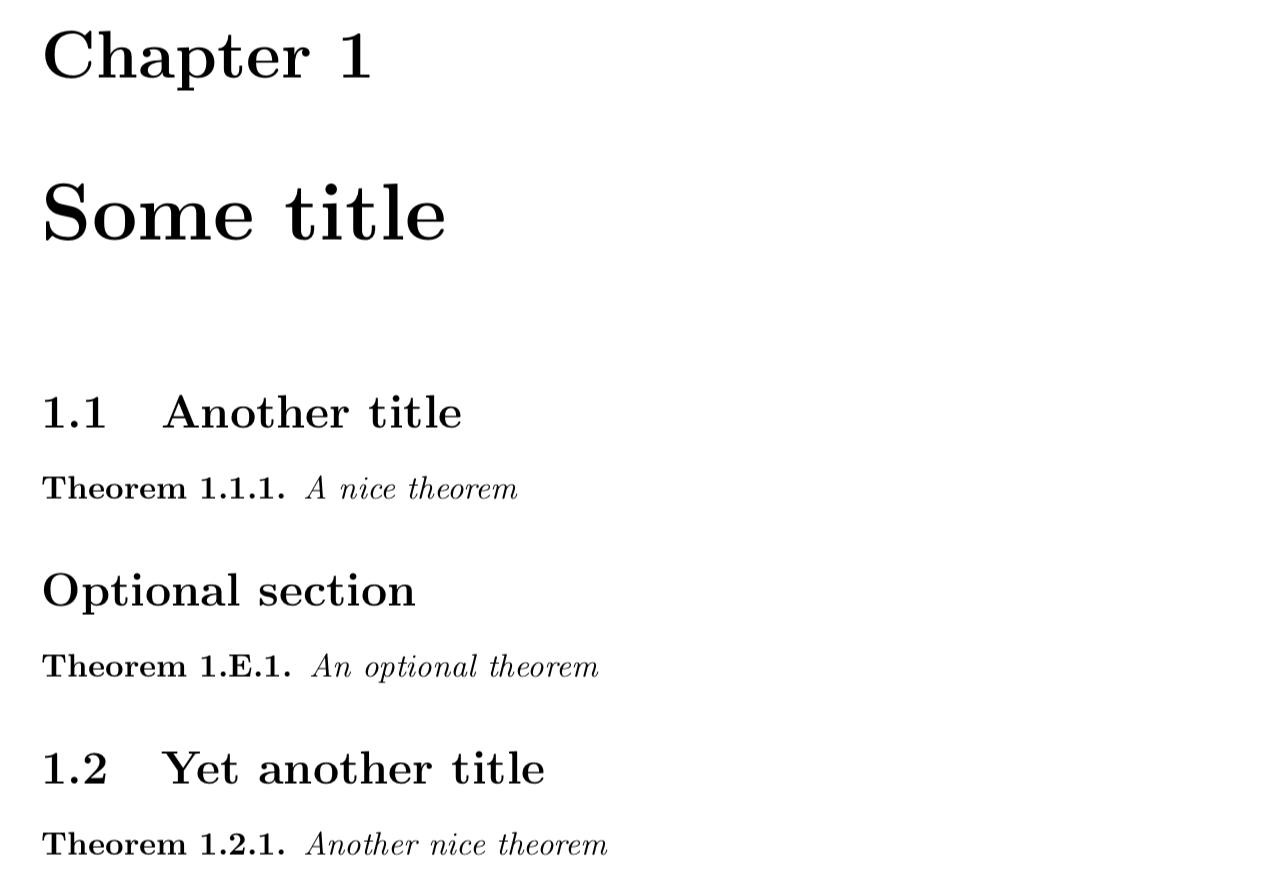 and remove \setcounter{theorem}{0} from the section* environment.

Here is the complete code:

Edit As Barbara Beeton suggests in the comments it would be better to give the section* environment an optional argument to override the E in the theorem numbers that appear in the optional sections. This is easily done with:

With a little tweak on the syntax, where

allows to set a different key instead of the default “E”. 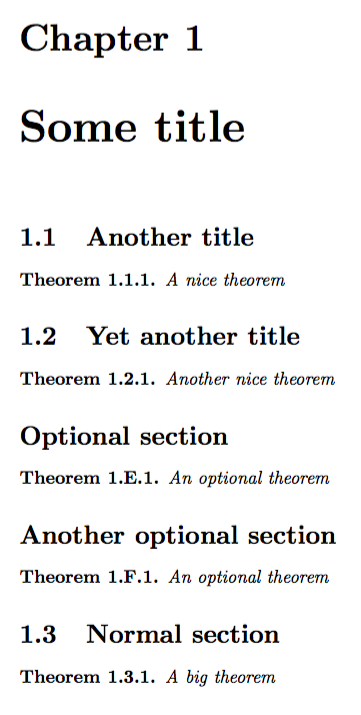 Not the answer you're looking for? Browse other questions tagged numbering theorems amsthm or ask your own question.