Variant of \left, \right, …that gets ignored in inlinemath

I am trying to construct a variant of \left, \right, and \middle that are ignored in inlinemath.

Help would be much appreciated.

Not sure how useful this can be. 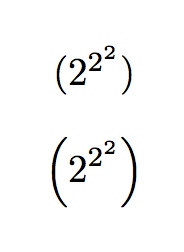 Not the answer you're looking for? Browse other questions tagged delimiters or ask your own question.