I use following code, as I once showed here, to put descriptive labels on a picture: 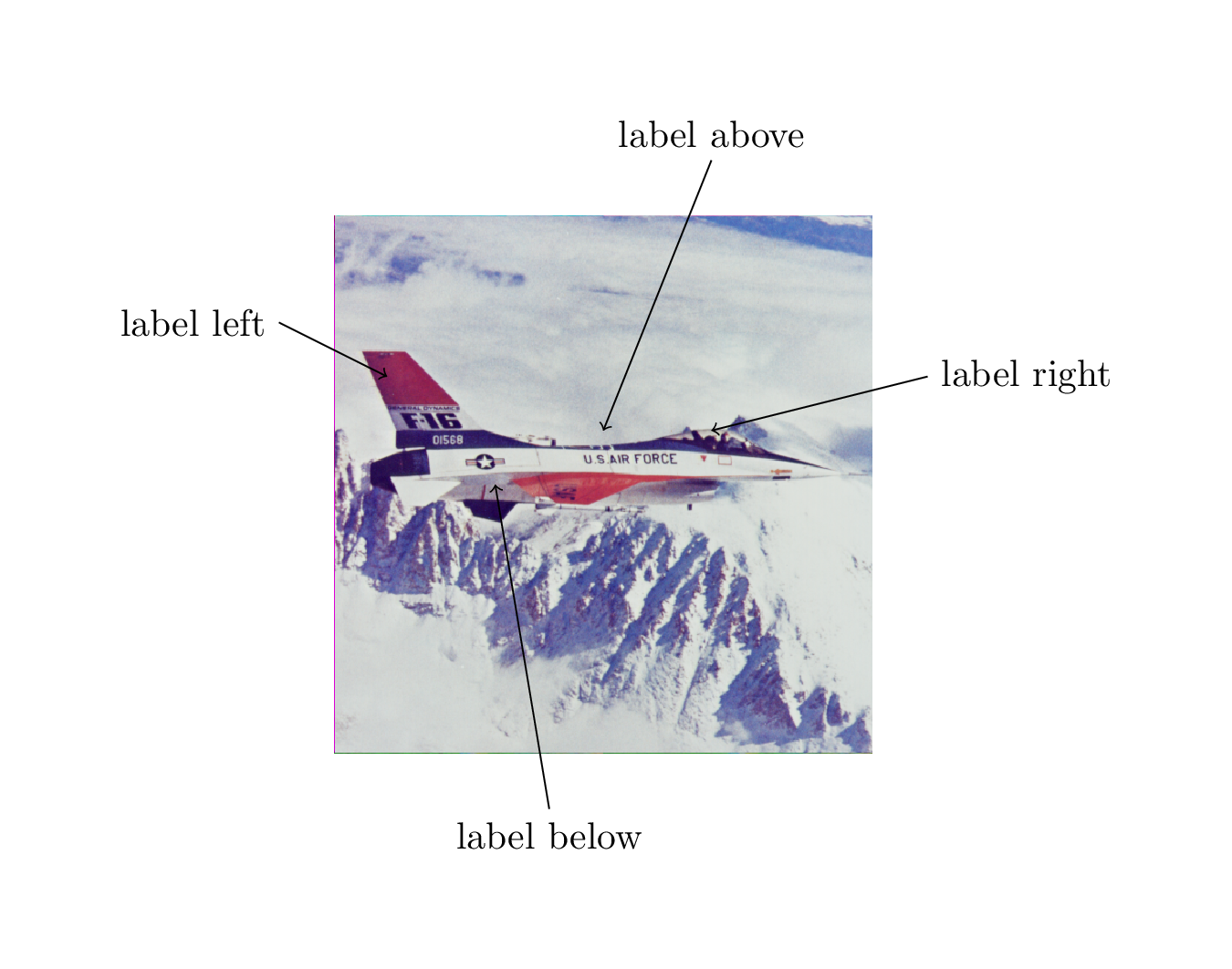 (I got the airplane picture from here)

which, of course, does not work as I wrote it here, this is just an example. This should place the label left of the arrow, which would have its endpoint at x=-0.1 and y=0.8.

N.B.: the section I commented out in my MWE is just to display some coordinate grid to find the starting positions of the arrows.

Further, there is another problem with the labels. Consider the following picture 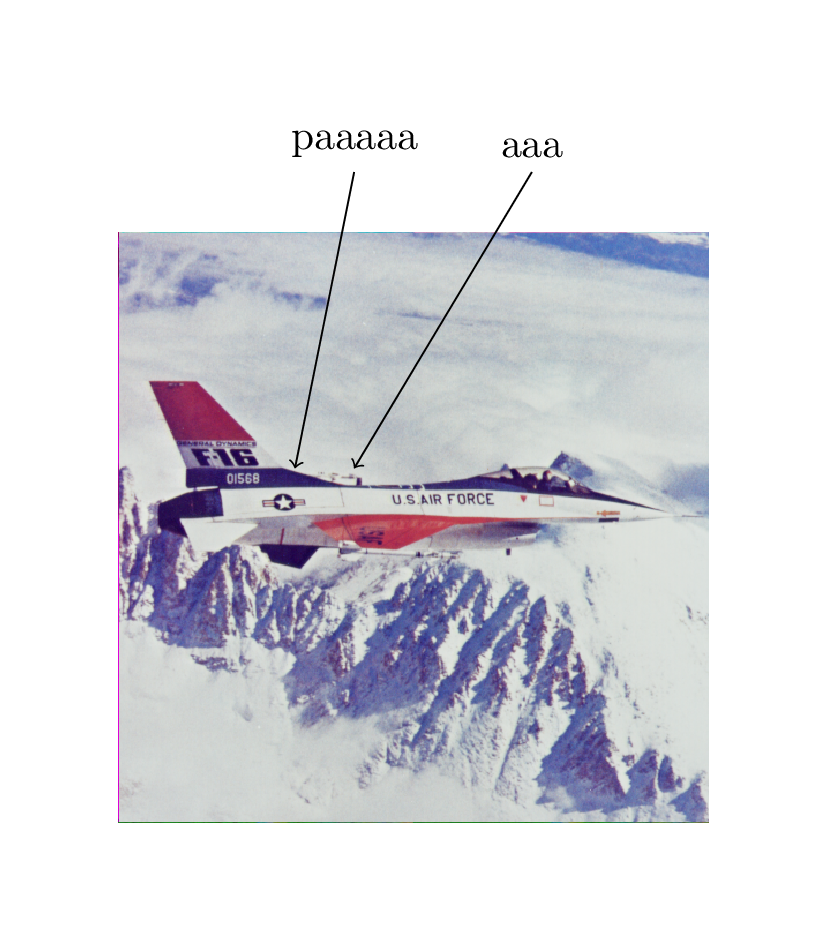 where one label has the letter p in it (which goes a little bit further down than the baseline), and the other node doesn't. The result is that the labels are not on the same height, which is ugly. It can be fixed by using a strut{} in the label text, e.g. 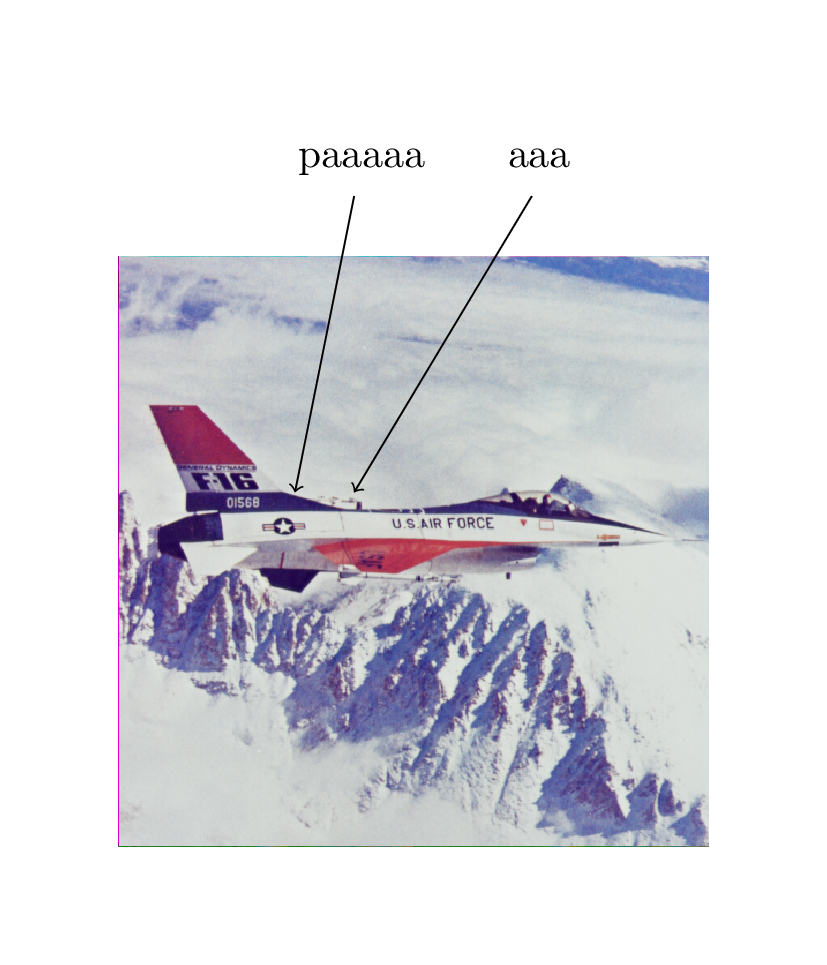 How can the strut be automatically added to the label text? Or should the baseline of the TikZ labels be shifted?

This is not a real answer but just to show what can be done easily. You can define a style that connects a point in the pic frame with one outside and a label, where the outside point and the label position are computed. The style works like this:

where you only specify the point and the label. 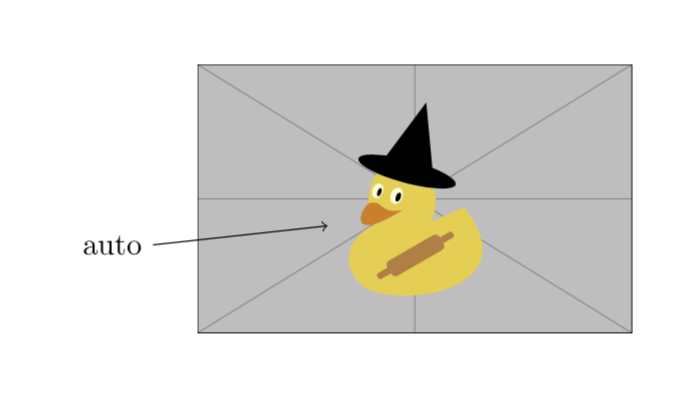 I also want to mention that if you use this style in a loop you need to watch out for expansion issue. These are, however, not specific to the style but appear in other contexts, too. 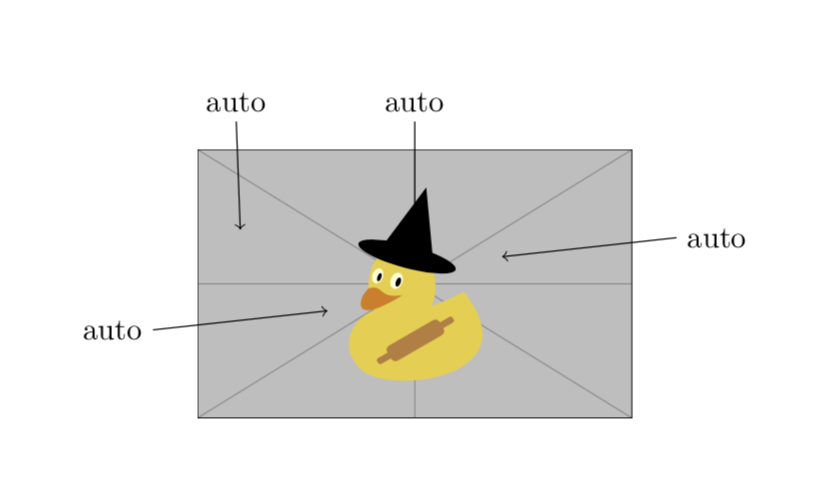 So far, so good. But this style won't check if there is already a label with which the new label will interfere, nor guess your thoughts, i.e. in this version your label below is not done in the way you suggest because the distance of this point to the upper border is shorter.

I managed to find an acceptable solution, with the aid of marmot's answer. I used the insert path style from TikZ as follows: 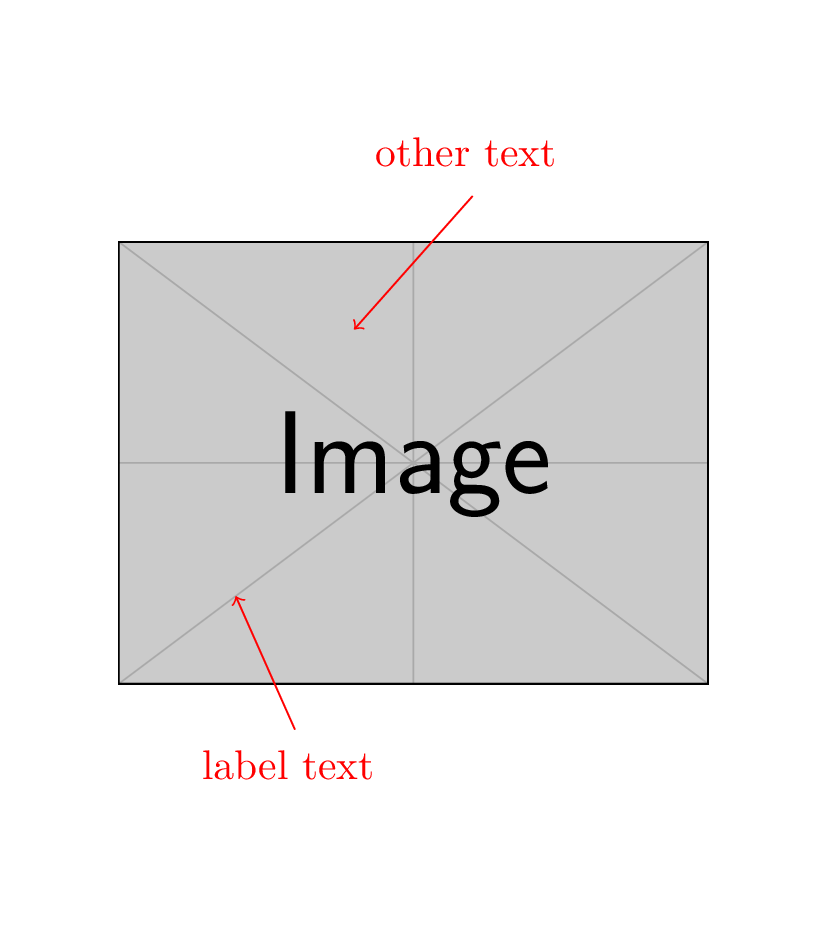 it allows, as I want, to place the labels above or below the image, and sets the coordinates of the arrow start point accordingly. Further it adds the \strut{} to the label text to ensure the height of all labels is the same. I will use this for my tikz-imagelabels package.

1
TikZ position of an imported image

7
Aligning TikZ trees with other nodes
6
TikZ: Node position in draw environment
5
Put an arrow and text at the end node of a tikz graph
9
Line up nested tikz enviroments or how to get rid of them
3
How to align node anchors on text?
10
How can I draw angled lines in LaTeX to create ruled template for calligraphy?
0
labeling points on the circle with the same symbol
2
Drawing an arrow from a cell in a table contained in a node to an anchor of another node in a tikz picture
1
On adding a rounded rect node on top of a JPEG at a scaled coordinate position with the scaled inner xsep and ysep
3
Document header with tikz