Webpage URLs go off the page - how do I fix this?

Well, in your code you have several issues ... 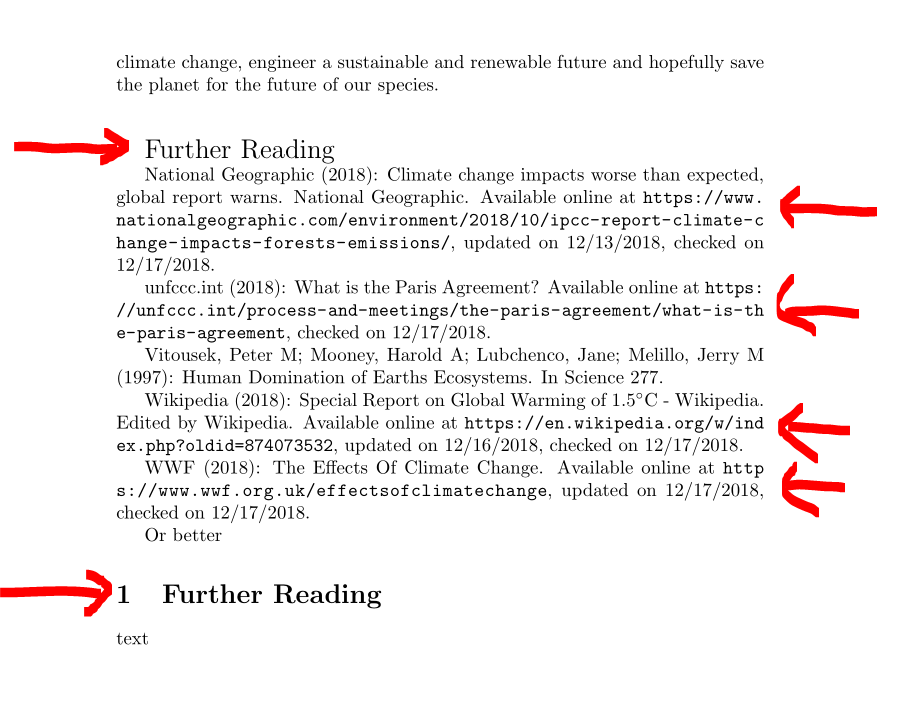 At last it seems that you are using an bib file because you have used \cite{} in your captions ... Because I do not have your bib file I can not help you with that, but I suggest you ask a new question, showing your bib file for your given code in your question here ... The real bibliography follows your manual written references in code.

Better is using bibtex or biblatex/biber ...

Not the answer you're looking for? Browse other questions tagged natbib urls or ask your own question.

0
URLs extend past page margins, change URL font
370
What are good learning resources for a LaTeX beginner?
90
How does one typeset a URL?

12
add urls in reference
5
Several nameref and page margins
3
Bibliography: cleanest way (no bib encoding!) to add URLs and their related info?
1
Inserting urls in bibdesk
3
biblatex cite urls only if no page number is present
2
biblatex-chicago: Urls going past margins in bibliography
3
How to customize citation and bibliography style?