How to typeset chemical formulas in roman? [duplicate]

I have had to mess with the CO2 to have the subscript, but now it comes out in italics when i compile - can i have it without italics? 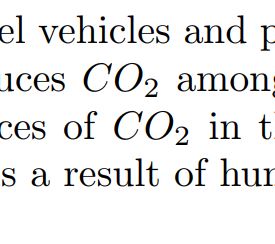 The standard today is to use mhchem (or similar packages), less typing

The the mhchem documentation for details.

Another similar package is chemformula (as suggested by @Dailef) to type­set chem­i­cal for­mu­las and re­ac­tions. The link is taken from CTAN Comprehensive TEX Archive Network. 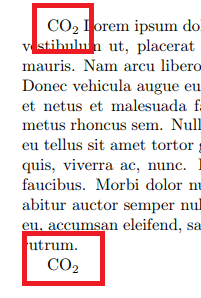 You should use $\mathrm{CO}_2$, which provides exactly what you're looking for.

According to this and this answer the following code does what you're looking for:

Edit: The package fixltx2e mentioned in the first linked answer is no longer needed for this.

Not the answer you're looking for? Browse other questions tagged subscripts chemistry roman or ask your own question.