Plotting a knot on a torus

Using pgfplots, I plotted a torus, with a knot that lies on its surface: 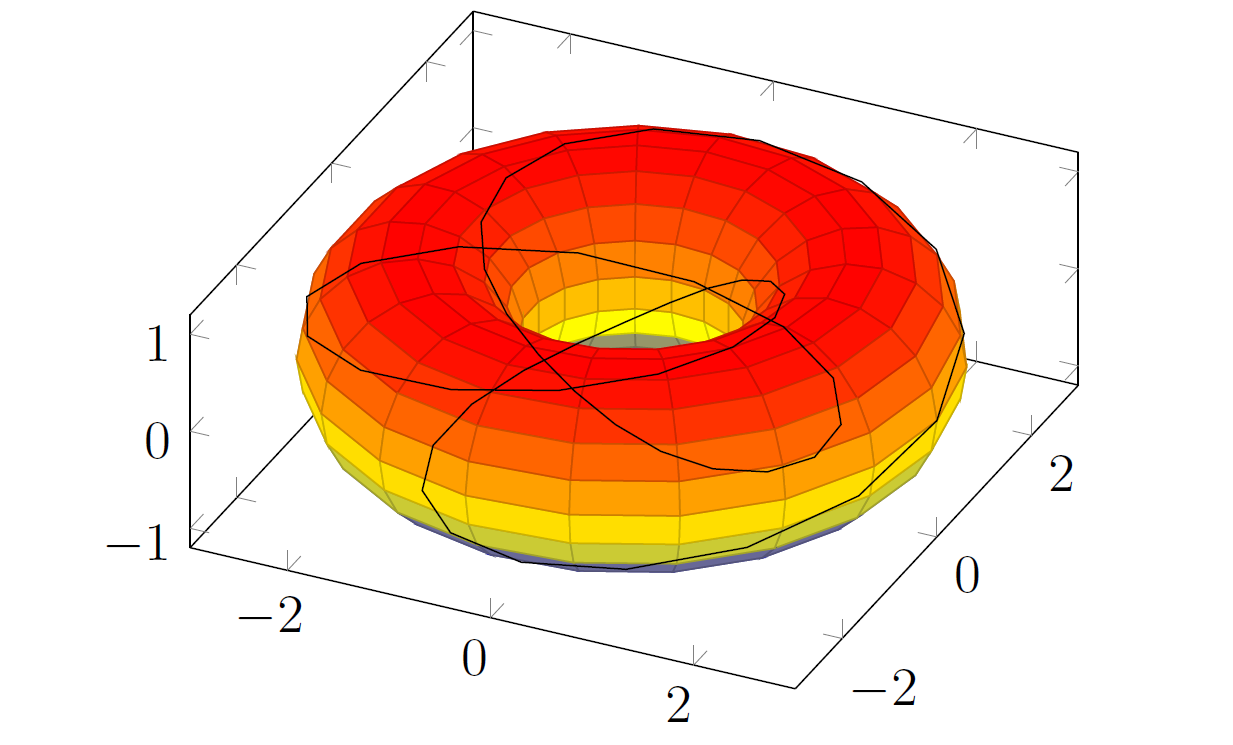 However, it turns out that the knot is not shown properly, because parts of it that should be hidden by the surface, aren't. It should look something like this: 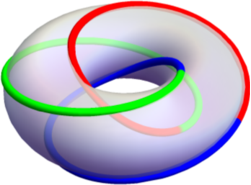 One of the first things I tried is putting in a z buffer=sort key for the knot's graph, however, this just screws up the curve. I guess the issue is that the torus and the knot have to somehow know about each other, for z buffer=sort to work, but there is no good way to do so.

Are there other approaches? I am open to trying non-pgfplots solutions.

Here is a proposal but this is not really my proposal. It is a combination of this answer and this answer. Personally I like to use asypictureB by the author of the second answer. You can compile this e.g. with pdflatex -shell-escape. 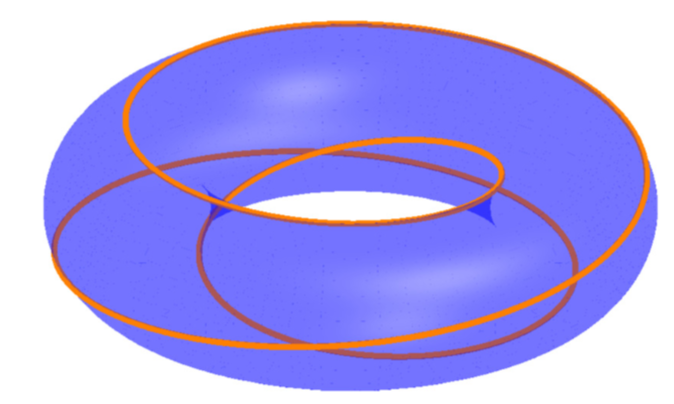 Of course, one can also color different stretches of the path differently. Please let me know if there are problems, or if I should remove this answer because it does not represent any real progress compared to what is already on the market.

54
3D helix torus with hidden lines
49
Showcase of translations to Asymptote from TikZ/PSTricks
16
How can I visualize a Torus with three paths?