How does TikZ parse powers? [duplicate]

I was often stumbling upon (and correcting by hand) an IMHO rather surprising behavior of TikZ: powers are parsed in an unconventional way. Look at the MWE

The left/solid plot shows x^2, and naively I would expect it to coincide with pow(x,2) and x*x, but it doesn't. Rather, for negative x, the plot also grows in the negative direction.

On the other hand, pgfplots seems to correct for this, even/also (but not only) when one uses declare function. 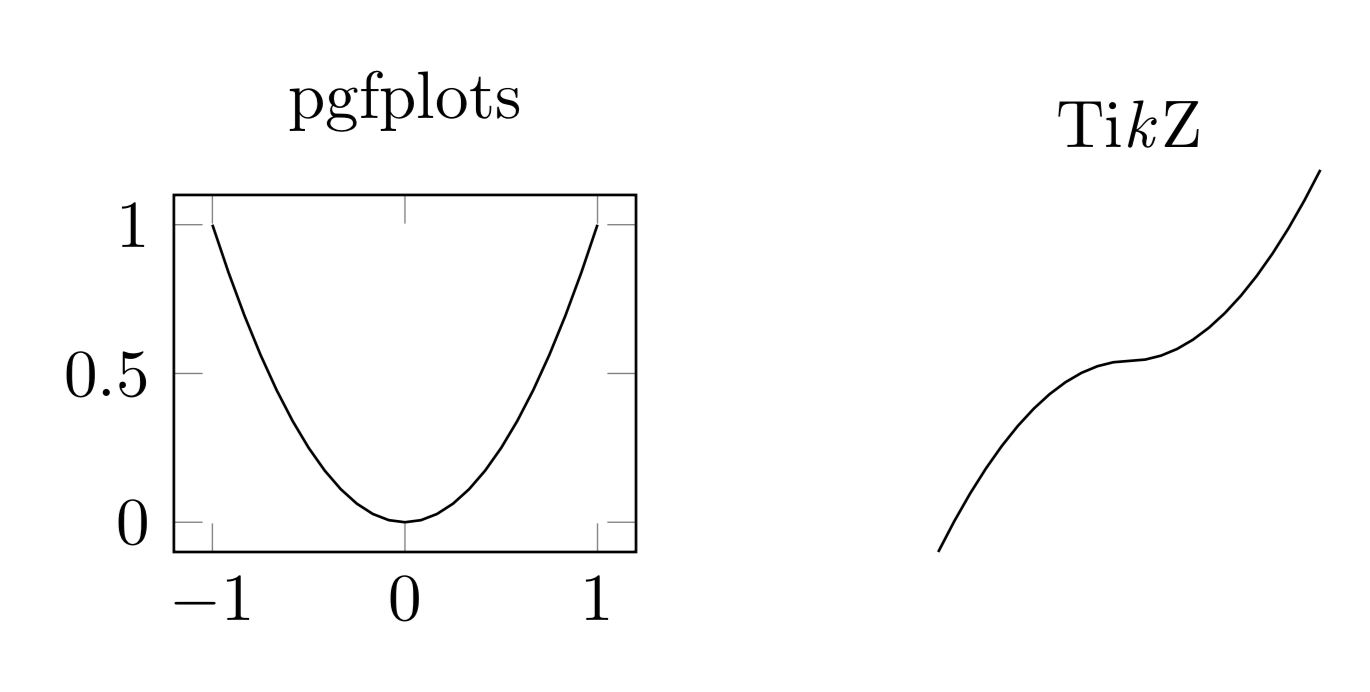 Naively, I'd expect the plots having the same qualitative shape (modulo adjustments of length scales made by pgfplots, of course). So pgfplots and TikZ seem to interpret the same function differently.

Question: Why is that? Is there a simple way to make TikZ produce the expected output (i.e. x^2 is nonnegative)?

30
How can I work around this TikZ bug: (\x)^2 and \x^2 produce different results in TikZ plot?
10
Different dimensions with shift and xshift
0
draw an upside down parabolla
3
TikZ, slope fields, slight glitch, horizontal tangents
2
Drawing a node in tikz

15
Problem with overlay when a tikzpicture is inside another tikzpicture
12
Numerical conditional within tikz keys?
13
TikZ: Drawing an arc from an intersection to an intersection
9
How to prevent rounded and duplicated tick labels in pgfplots with fixed precision?
12
Drawing rectilinear curves in Tikz, aka an Etch-a-Sketch drawing
9
Line up nested tikz enviroments or how to get rid of them
7
pgfplots: percentage in matrix plot
5
Tikz “overlay” option does not draw nodes referencing local bounding box
1
PGFplots: Plot end arrows without specifying domain