I noticed when trying to make a string of 6 \circ symbols that the last one is closer to the one beside it than the rest of them, after playing with it for a while it looks like an even number (greater than 2) of \circ causes this, how can I fix the spacing so it is even? 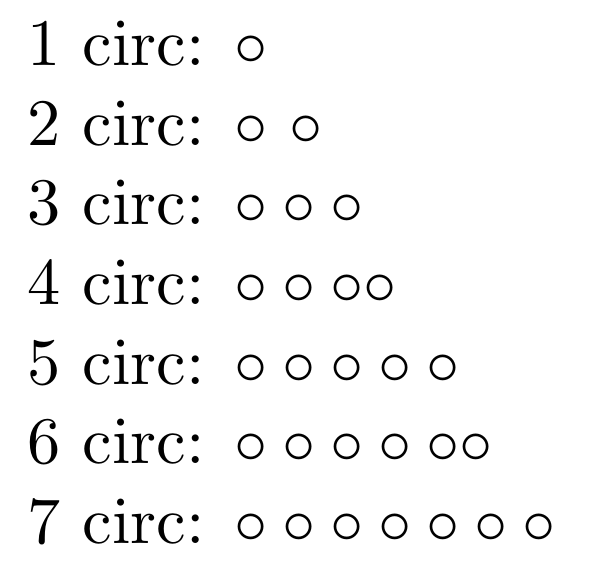 When you type an asterisk in math mode, plain TeX considers * to be a binary operation. In the cases ‘(*)’ and ‘(**)’, the binary operations are converted to type Ord, because they don't appear in a binary context; but the middle asterisk in ‘(***)’ remains of type Bin. So the result was ‘(∗ ∗ ∗)’. To avoid the extra medium spaces, you can type ‘\eqno(*{*}*)’; or you can change \mathcode`*, if you never use * as a binary operation.

It doesn't matter if we're in an equation number (\eqno); the main issue is math mode where the behavior shows. Since \circ is a binary operation symbol just like *, you get the same.

If you want evenly spaced \circ symbols you can use

Even better, define a suitable command: 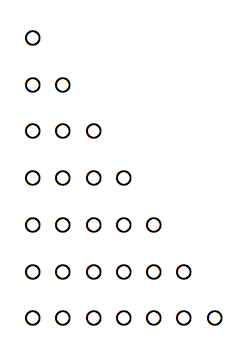 When you issue \show\circ you'll see it defined as \mathchar"220E. The first number in this definition points to the intrinsic "format" of the character. 2 denotes a binary operator which has a specific spacing around. So, \circ is considered a binary operator and therefore expects operands on either side. Odd-numbered \circs show better alignment as they supply "operands" on either side (barring accommodation for uniform spacing around consecutive \circs): 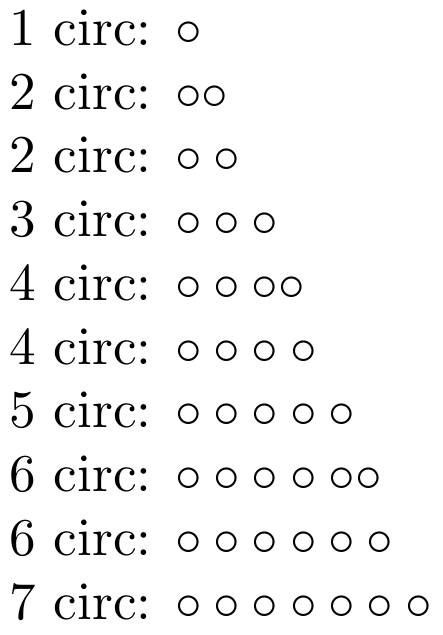 If you just want to list a number of \circs with the correct spacing, consider adding a empty math group at the end when using an even number of \circs. Alternatively, use {\circ} or \mathord{\circ} to avoid the surrounding space; \mathord turns its argument into a math ordinal.

4
Is it possible to have a variable chapter header spacing?
4
Balancing out paragraph indentation after one- and two-digit paragraph numbers
2
Problem compiling when I use symbols less than or greater than
2
How to change line spacing inside (not between) items of an enumerate environment?
2
Spacing of relation and operation symbols with propositions
1
Align all text in bullet
0
Cryptocode/falign: spacing between lines